A Creative Summer for Luke, Keyla and Keyshia 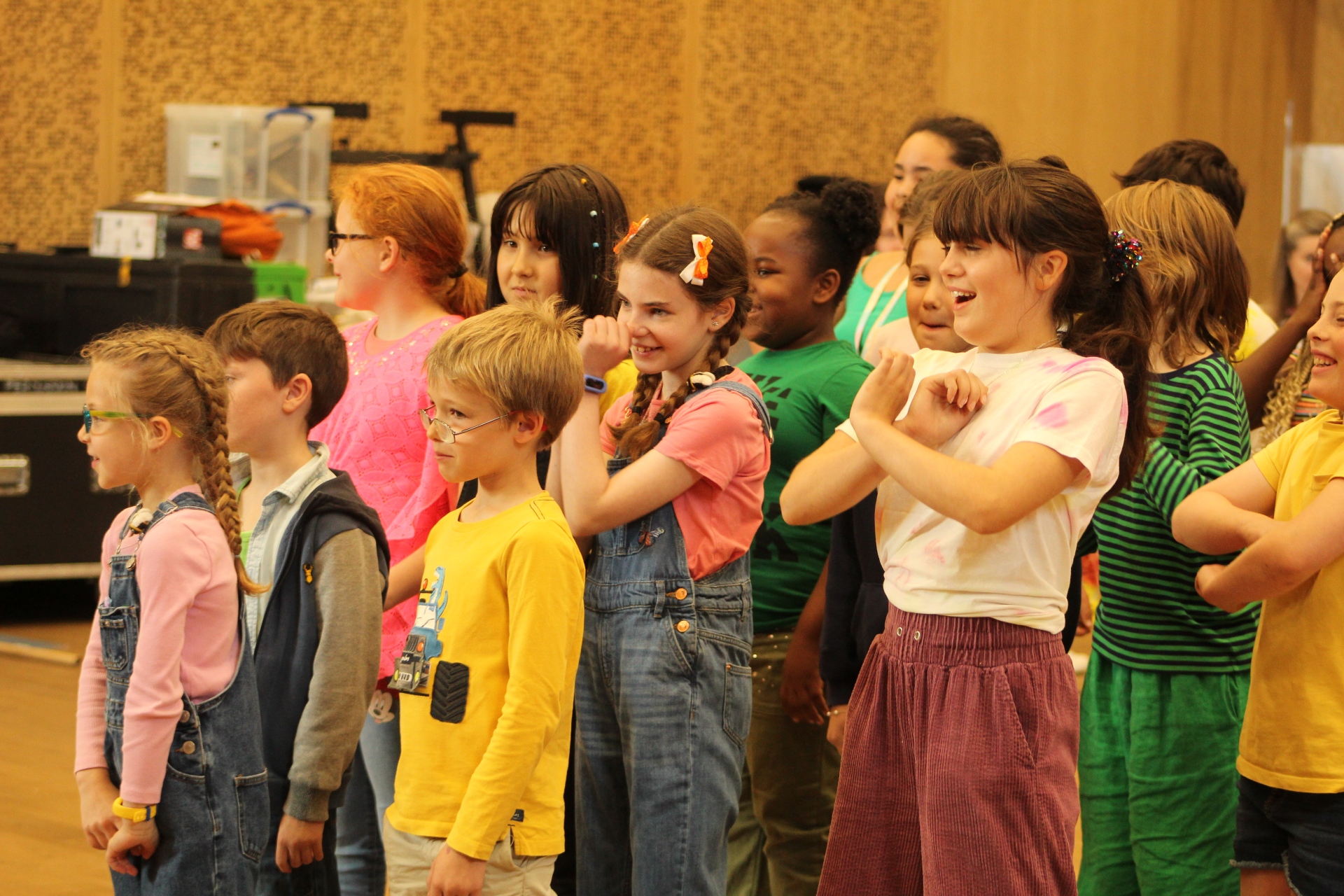 When school’s out, what the best way to spend your time? According to Luke, 9, it’s doing something you love and, in his book, that means meeting new friends and getting creative:

“This week I attended a Creative Arts Camp at Opera North. It was great! I loved meeting new people and getting involved with singing, acting and prop making. The performance was based on the story of The Selfish Giant by Oscar Wilde which I’d never heard of. We had to make a giant out of cardboard and tissue paper. I made the head and enjoyed making his moustache out of black tissue paper.

“We performed three songs and I particularly liked the song called ‘The Giant is Back’ where we added percussion by clapping our hands and clicking our fingers. We also had the chance to write the lyrics for one verse each of this song which I really enjoyed doing.

“I hope to keep in touch with my new friends and with all the team at Opera North. It was a great way to spend a week of my summer holidays.”

The Creative Arts Camp took place for the first time at Opera North’s new home, the Howard Opera Centre in the heart of Leeds, during the first week of August. Over 20 young people, aged 7 to 11 years old, came together for five days of exploration, creation and performance. It was a chance for the participants to develop new skills and to learn more about careers in the creative arts from people in the know. On the final day, the young people shared what they had created with family and friends.

Keyla, 9, says: “My favourite thing was when we customised our Selfish Giant called Bob. We even made our own show about him, and we did our own lyrics which was fun. We practiced all week – my favourite song was ‘Spring’ as it was really happy. We even got a tour of Opera North and to meet lots of people who work there. At the end of the week our parents came to watch what we had created. I loved Creative Arts Camp!”

The camp was made possible through the generous support of The Liz and Terry Bramall Foundation, with 11 young people able to attend thanks to Leverhulme Trust Arts Scholarships.

The final word goes to Keyshia, 10:

“I thought that Creative Arts Camp was amazing, from the rehearsals and practice to the actual performance – it was an amazing experience! I’ve also made many friends who I’d like to see again. As much as I enjoyed our performance, when we went to see The Selfish Giant being performed by Opera North’s Youth Company in the Howard Assembly Room, everything was incredible! From the vocals to the acting, it was fabulous, although we were quite disappointed us when their giant didn’t look as big and giant as we had thought. Our giant we made at Creative Arts Camp was much bigger and more colourful!

“The whole week was AWESOME!”