A Midsummer Night’s Dream - As The Clocks Go Back

Only days to wait for Oberon and Titania to hit the 'Toon
Mag North.
October 25, 2022 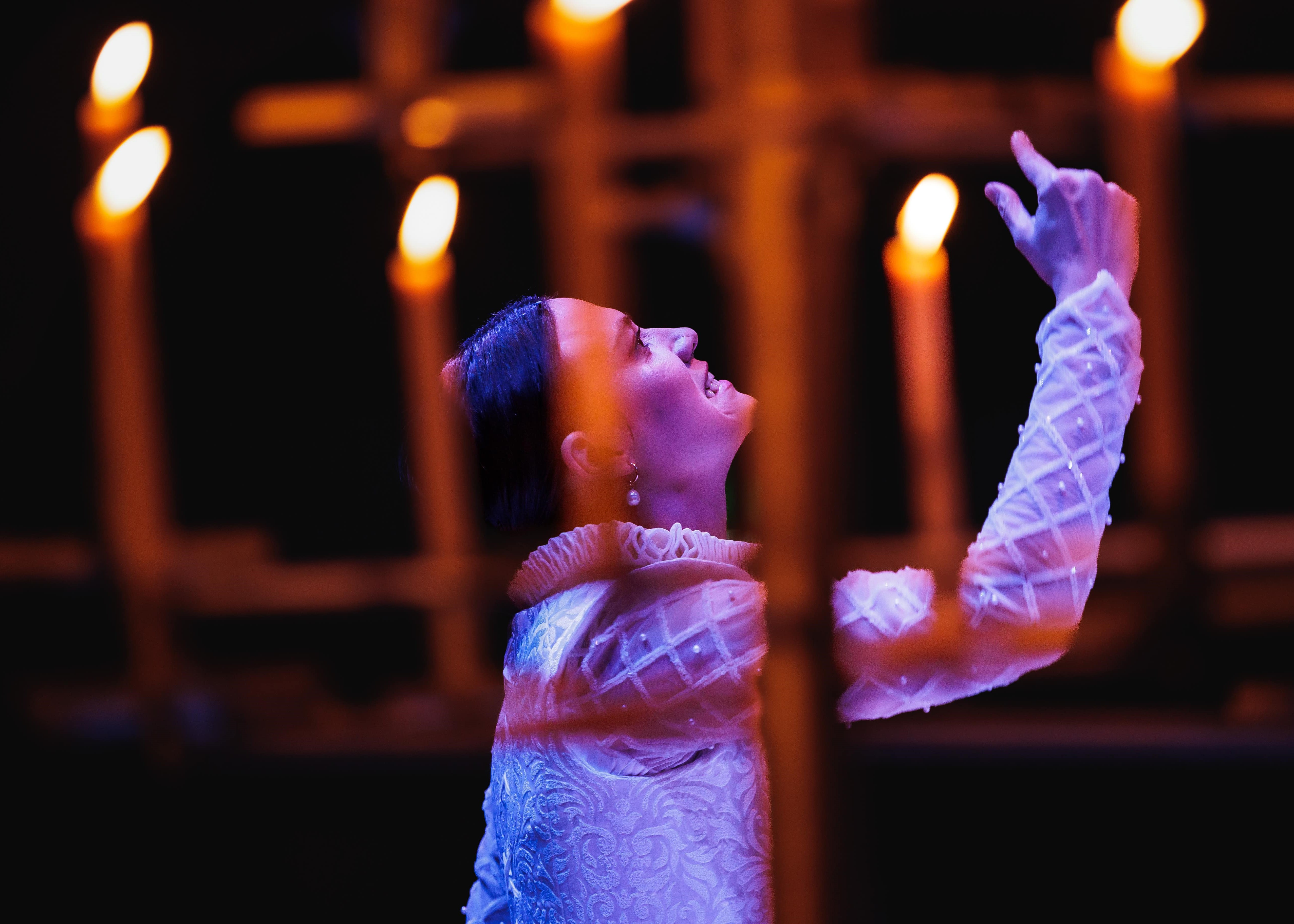 A riotous new production of A Midsummer Night’s Dream directed by Matthew Dunster and co-directed by Jimmy Fairhurst was the first Shakespearean inspired production to be staged in the Cockpit Theatre at ground breaking new venue Shakespeare North Playhouse in Prescot, Merseyside.

Featuring the voice of BAFTA nominated actor David Morrissey as Oberon, and Mercury nominated singer-songwriter Nadine Shah making her theatre debut in the role of Titania, the show opened to rave reviews.

This anarchic production of one of Shakespeare’s best loved plays is the first collaboration between Shakespeare North Playhouse, Not Too Tame and Northern Stage, and the creators promise a show that’s to be experienced, not just watched.

Not Too Tame Artistic Director Jimmy Fairhurst explains, "Most people have seen a version of A Midsummer Night’s Dream but this is a refresh of the real bones, the warts and all of the play. It really speaks to me as a working class person - a full-tilt, full-on night out. We want to see how dark we can go, like Nick Cave dark - imagine a music festival at Banksy’s Dismaland bemusement park - and still maintain all the playfulness and celebration, that sense of fun, excitement and entertainment. It’s anarchic, raucous, great night out theatre and we can’t wait to welcome audiences into our world.”

An open call for auditions across Newcastle, Warrington and London received an overwhelming 2000 responses, leading to more than 200 auditions taking place. The final cast boasts a diverse mix of emerging and experienced talent, with several members of the cast making their professional debuts.

In addition, to ensure the casting process and overall performance was as accessible as possible, this unique production of A Midsummer Night’s Dream integrates the use of British Sign Language throughout.

Director Matthew Dunster says, “Do I want to direct a show at a brand new Shakespeare theatre in the North West with Not Too Tame and a load of other working class heroes. OF COURSE I DO. And do I want to collaborate with Shakespeare and challenge him and be challenged by him and his brilliance. YES. YES I DO. He’s the best and we are going to do everything to bring a brilliant first major Shakespeare to Shakespeare North Playhouse and then take it on to one of my favourite theatrical homes at Northern Stage. What a privilege this gig is."

A Midsummer Night’s Dream is co-directed by Olivier-nominated director Matthew Dunster (Hangmen/Royal Court) and Not Too Tame founder and artistic director Jimmy Fairhurst(Palace of Varieties/Derby Theatre). Set and costume design is by Linbury Prize-winning designer Jen McGinley who has worked with the New Diorama, Derby Theatre, Northern Stage, the Royal Lyceum and the National Theatre of Scotland. Sound design is by Tony and Olivier award-winning Ian Dickinson whose credits include Jerusalem for the Royal Court and The Curious Incident of the Dog in the Night-Time for the National Theatre. Lighting design is by Sally Ferguson (Richard III/Perth Theatre), choreography is by Chi San Howard (Corrina Corrina/Headlong and Liverpool Everyman), fight director is Kevin McCurdy who has worked for the Young Vic, Kiln Theatre, ETT and Lyric Hammersmith, Zoe Murtagh is Associate Director and Claire Bleasdale is Casting Director.

“For anyone who thinks Shakespeare isn’t for them, there is literally no better company than Not Too Tame to make you reconsider - I fully expect to fall back in love with the Bard and I am hyped to be co-producing A Midsummer Night’s Dream with them and Shakespeare North Playhouse. It’s going to be wild!” - Northern Stage Artistic Director Natalie Ibu.