"When we say “theatre for all” we’re focusing specifically on people who feel theatre isn't for them"
Colin Petch.
September 22, 2022 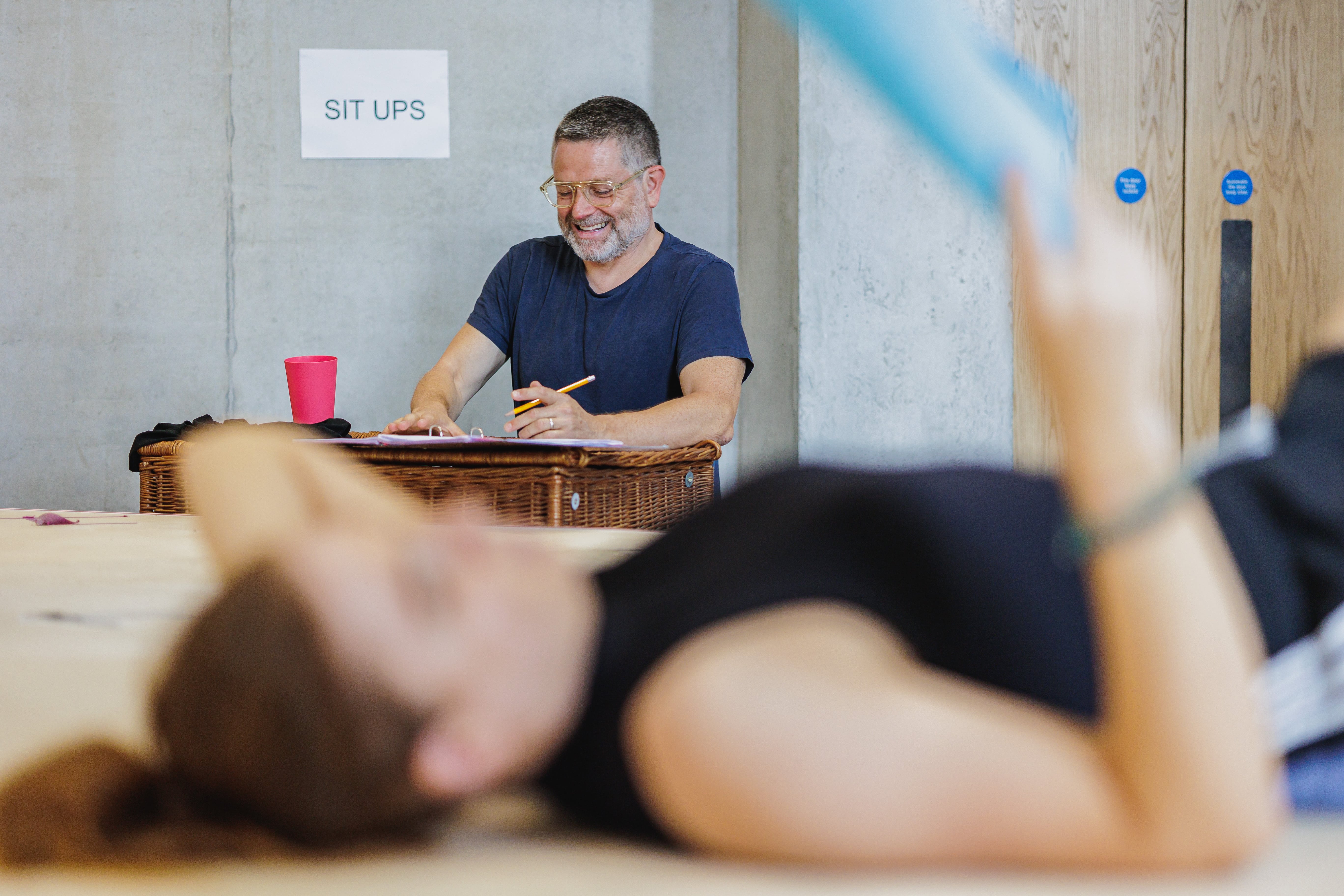 A Midsummer Night’s Dream, a co-production between Shakespeare North Playhouse, Not Too Tame and Northern Stage, will be the first Shakespeare production to take place on the Cockpit Theatre stage. It is co-directed by the Olivier-nominated Matthew Dunster – whose past work includes Hangmen and 2:22 A Ghost Story - and Jimmy Fairhurst, the founder and artistic director of Not Too Tame, a theatre company with a mission to make ‘theatre for all.’

What can audiences expect from your A Midsummer Night’s Dream?

Jimmy Fairhurst: "There will be everything you want from a good night out. Live music and dancing. There will be Shakespeare too, but by the end of it, like most good nights out, you'll be exhilarated and ready for a drink, then on to the next place. It’ll also be a shared experience. People will end up communicating with each other, with people that they might not have otherwise met."

What made the two of you want to work on this production together?

Matthew Dunster: "We’d been trying to find a way to work together. We were both on the board of an organisation for actors from a working-class background and I liked the way Jimmy spoke about his company Not Too Tame, so I just emailed him one day and said, “What do I have to do to work with your company?” Not Too Tame had not done any Shakespeare whereas I've done quite a bit, so we thought that would be a good way forward, working on the show together."

You held an open-call audition process for A Midsummer Night’s Dream. What was that like?

Matthew Dunster: "It was exhausting and exhilarating. There were over 2000 applicants and we saw over 200 across Newcastle and Warrington. We also made a commitment to see all of the third-year graduate students from [recently closed drama school] ALRA in Wigan. Because it was an open-call, it naturally attracted an extraordinarily diverse group of people. And we've ended up with an incredibly diverse company, both in terms of ethnicity, age, and how people identify in terms of gender."

The show will also include BSL?

Matthew Dunster: "My thing about Shakespeare is that it should always open the door wider both in terms of the people who make it and who you invite through the door to see it. In 2017, I did a show called Imogen [based on Shakespeare’s Cymbeline with a grime soundtrack] at Shakespeare’s Globe, which was the last piece of Shakespeare that anybody let me do. It was pretty instrumental in bringing my tenure at the Globe to an end, but I thought it was brilliant and I wanted to pick up where I left off. In Imogen, I worked with a wonderful actor called William Grint, but his storyline was not the centre of the play. This time we're going to put an actor who uses BSL right in the centre of the story. We're thinking of his role and his [use of] BSL as an intervention in the same way that we're thinking of a non-binary performer who doesn't want their character to be referred to as ‘she’ as an intervention."

Mercury award- nominated musician Nadine Shah has been cast as Titania. How big a role will music play in this production?

Matthew Dunster: "It's constant and ever present. I've been a fan of Nadine’s since her first singles. Very kindly, she's let us have all her catalogue and we're re-mixing things with her. Casting Nadine Shah as Titania is another kind of intervention. At what moment does Nadine start to sing like Titania? At what moment does Titania become this extraordinary contemporary northeast voice?"

Jimmy Fairhurst: "We've always talked about our work feeling like a gig. There'll be people that will come to see Nadine who may never have seen any theatre in their life. Music doesn't really have class barriers. You can listen to Eminem and Tchaikovsky and no one bats an eyelid, but the way people think about theatre is very different."

You've also got David Morrissey, or at least his voice.

Matthew Dunster: "David’s my friend. And he's from Liverpool, so he wanted to get involved. There's been a lot of support, in the northwest, in particular, for the notion of what this theatre could be for the region, and with Titania and Oberon, we thought it would be wonderful if we had one from the Northwest and one from the Northeast, to stretch across the whole of the north of the country, representing the whole of that landscape through these wonderful, recognisable voices."

Jimmy, can you tell me a bit more about the background of your company Not Too Tame?

Jimmy Fairhurst: "I was playing rugby league and was about to sign up for Wigan. We were reading A Midsummer Night's Dream in my English class and I was laughing at certain parts when other people weren't. And the teacher said: do you want to join the play? Theatre wasn't even on my radar. But I did it. And then the gates opened. I told my Dad that I wasn't going to sign up for Wigan (the team that he captained) and I went to drama school instead. I was reading [loads of] plays and I realised that there were [very few] working-class voices. There's no Shane Meadows or Jimmy McGovern for theatre. It felt like there was no one making work for my peers and friends and family at home, for the people who just felt like it wasn't for them. We formed a company and made a show, which we took to the Edinburgh Fringe. It was set in a real pub, where the audience met real people - the show just seemed to happen. That became our signature. And meant we could reach audiences that some middle-class people in theatre couldn't."

Your mission is to make “theatre for all”. What do you mean by that?

Jimmy Fairhurst: "There's a caveat to that. When we say “theatre for all” we’re focusing specifically on people who feel theatre isn't for them. The people I grew up with. By making work for people who don’t usually go to the theatre, they can come and go “great, I love this” but more traditional theatre-goers will also appreciate that it’s a highly-crafted work of theatre, it just has a different energy. It's not dumbed down. Quite the opposite. It's just steeped in working class culture."

How does it feel knowing that this will be the first Shakespeare production to be performed on the Cockpit Theatre stage?

Jimmy Fairhurst: "I have a personal attachment to it for two reasons. Firstly, we’re an associate company at the theatre, but also because my family are from near here. I grew up in Warrington, which is down the road. The first thing I ever heard about this building was several years ago when my cousin said to me, “Hey, have you heard, we’re getting a theatre?” There was an inclusivity in what he said. He said we’re getting a theatre in the same way that people talk about football. They say: Who are we playing this weekend? Like they’re the 12th man."

Matthew Dunster: "If we do this show as boldly and with as much heart as we possibly can, it will be felt around the region, both by audiences but also potential future artists. It is about reframing things. We have to be the antidote to the poison of the tedious introductions Shakespeare, or to theatre, that some people might have had in the past."

How do you hope the show will be received?

Jimmy Fairhurst: "Whenever we’ve taken our previous work to working men's clubs or gig venues across the UK, one of the things that we hear the most is: why have you come here? That’s really saddening because art is for everyone. We’re just bringing it to those people who feel that it’s not for them. But you can't just give them one show. You have to build up a menu of work that makes them believe over a period of time that: yes, this is for me. That's the challenge for the Playhouse. That’s what it’s got to do."

A Midsummer Night’s Dream will be at Shakespeare North Playhouse from 22nd September- 22nd October, then at Northern Stage from 29th October-12th November