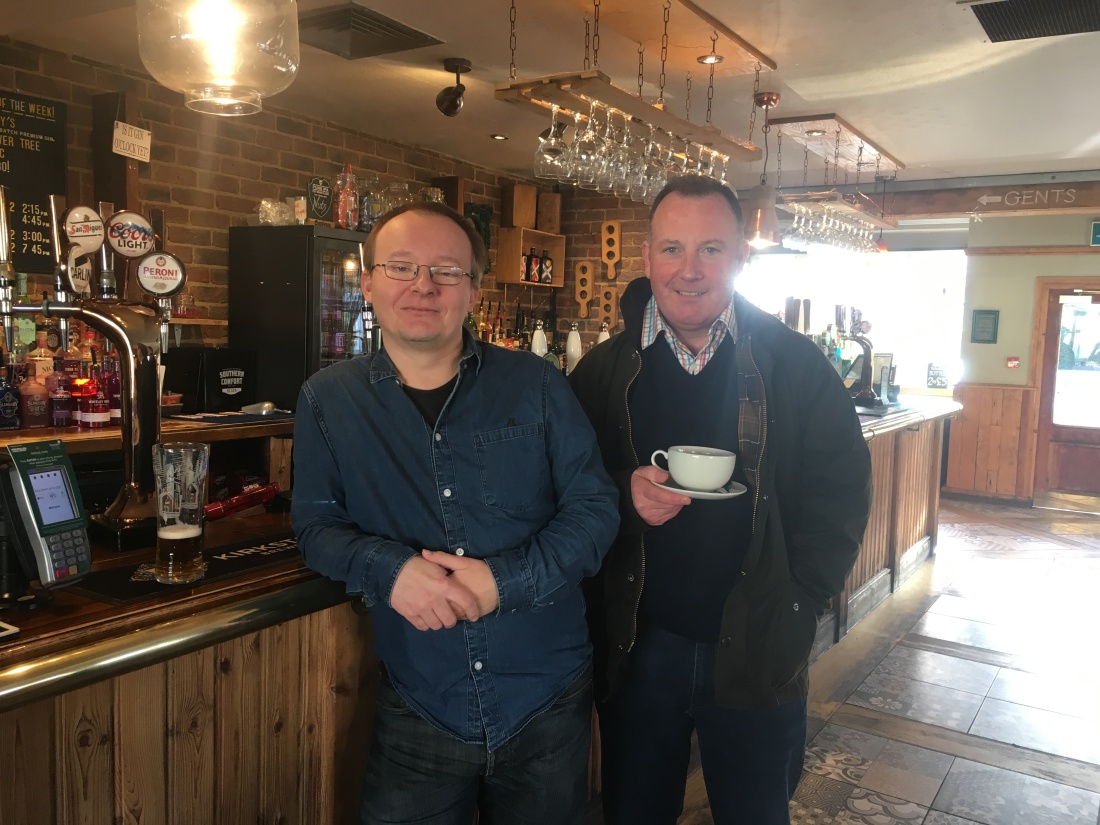 01There are a number of famous (or infamous) pub crawls to be enjoyed around our beautiful island.

Here in the north, we can even jump on a train and venture from Yorkshire into Lancashire, (or the other way around – if you prefer) on the Transpennine Real Ale Trail.

If you’re a Cambridge undergraduate with an athletic inclination, you will most likely be familiar with ‘The King Street Run’. Banned in the 60’s by University Health and Safety types, the objective is to complete this particular event in under an hour – and still be capable of running back to your St John’s, oak-panelled rooms without falling over.

In Leeds, it’s about endurance, longevity, mental strength and the marathon. A short sprint may be the specialism of those Fenland academics, but 12 hours of sustained pub-crawling has its’ spiritual home on Otley Road in Headingly, Leeds. Unsurprisingly, it’s universally known as ‘The Otley Run’ – and if you’ve had any link with the student population of West Yorkshire over recent decades – chances are you’ll be familiar with the name. Right now, you might even be shuddering at a memory you thought was long-suppressed.

The spiritual starting point for this right-of-passage is ‘Woodies’, a mock-Tudor ale-house in Far Headingley (approximately 3 miles north-west of the city centre) – and it’s here on a Friday afternoon, I meet poet, composer, musician and local resident Joe Williams, who after graduating with a Maths degree from Leeds, found it impossible to prise himself away and return to his Northumbrian roots.

Williams has seen ‘The Otley Run’ grow in popularity over recent years, from a niche, weekend student activity, to the now ‘destination event’ that is proving to be a mecca for groups from across the country, regardless of whether they work for a living, or consume ‘Naked Noodle Singapore Curry’, while simultaneously working on that dissertation – and focussing on who’s set to win a particular episode of ‘Celebrity Antiques Road Trip’.

It’s unsurprising then that ‘An Otley Run – A Verse Novella’ was born. Williams’ previous work is both humorous and at the same time, incredibly touching. His 2017 publication ‘Killing the Piano’ includes a carefully crafted homage to BBC Look North’s Keeley Donovan, alongside a number of Haiku, which – in only three lines, are often profound. Turning his attention to a ‘local’ institution like a pub-crawl, makes perfect sense.

In chronological order, the reader journeys with Williams and his fellow travellers through a series of witty, frank and sometimes cringing moments, from the start-line at ‘Woodys’, towards the ultimate goal: ‘The Dry Dock’ – a seemingly marooned barge, beached at the northern entrance to a great northern city.

James Bond, Julius Caesar, Snow White and Cleopatra are all regularly drawn to the Otley Run. Elvis too can often be seen leaving various buildings on the route, as the unwritten rule today seems to be: ‘Fancy-dress compulsory’.

So, what has Williams captured in his poetic observations? Aside from an event that has become a West Yorkshire institution – and arguably a key economic driver for the city of Leeds – he has shone a light on the elements that are vital to us all: Friendship. Community. Fun. Tradition. Care – and (sometimes) complicated relationships.

Williams, having emerged unscathed from his in-depth research period for his writing, is now something of a champion for ‘The Otley Run’. If there is any justice, he’ll be invited to read at November’s White Rose Awards, while Sir Gary Verity issues plaques to veterans, for ‘Best-dressed Umpa Lumpa’ and ‘Girl who walked entire route in one shoe’.

Accompanying ‘An Otley Run – A Verse Novella’ (£8.00 Half Moon Books), is a website: https://anotleyrun.com which provides valuable insight for any would-be explorer, or for anyone keen to glimpse again their sometimes misspent youth in Leeds.