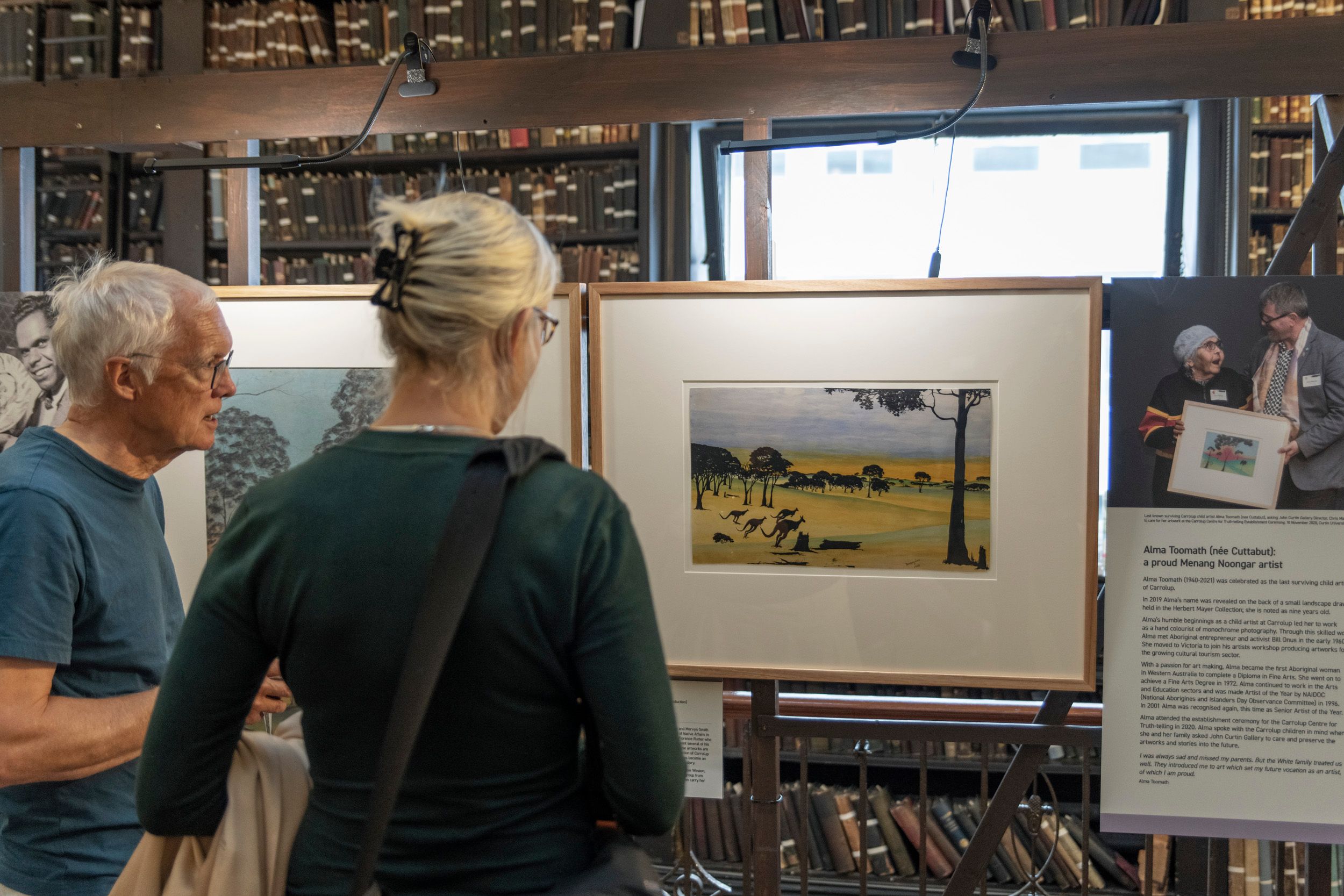 A NATIONWIDE search of attics and even garden sheds has been launched to track down missing artworks drawn by Aboriginal children and sold across Britain in the 1950s.

The children were forcibly interned against their will and that of their parents, in the remote Western Australian settlement of Carrolup, in the 1940s.

Many of the works were brought to Britain for the first time 70 years ago and were displayed in Manchester, Rochdale, London, Birmingham, Liverpool, Edinburgh and Glasgow, while others were sold, to help raise money for the Carrolup children to buy new drawing materials back in Australia.

The remaining children's drawings set off on what turned out to be an incredible 65-year journey circumnavigating the world, including a 40-year hiatus in the US, where they lay undiscovered in storage at Colgate University in New York.

Since 2013, some of those remaining pictures have been moved to Australia’s Curtin University, which in partnership with indigenous elders have become custodians of the collection of the Carrolup Children’s Art.

The importance of the pictures, which provide an insight into the lives and experiences of the children, are part of an ambitious project in truth telling for children (known as the Stolen Generation), which aims to create a permanent home for the collection in Australia and provide an opportunity for others to learn about this tragic period in its history.

A new exhibition of some of the works are currently on show at Manchester’s Portico Library.

Tracing the Art of a Stolen Generation: the child artists of Carrolup, is presented by Curtin University, and is on display at the Portico Library until September 26 and in Glasgow at the University of Glasgow Memorial Chapel from October 5 to November 11.

Curtin University director Chris Malcolm is also calling on the broader UK community to help find any other missing works created by the children of Carrolup in the 1940s so they may be documented as part of the healing journey of the descendants of the artists.

He explains: “We are encouraging people across the UK to help our global search for these culturally significant drawings by checking their attics, cupboards and households for any similar artworks.

“The key clues that people need to be looking out for include the use of chalk on paper and many depict the Australian landscape and wildlife, including kangaroos. We would urge everyone to see for themselves at the new two exhibitions in Manchester and Glasgow which tell this incredible story.”

Anyone across the UK who thinks they may have found one of the Carrolup children’s artworks can contact the university on the following link: https://jcg.curtin.edu.au/carrolup/

Mr Malcom added: “A critical part of the reconciliation process for addressing the wrongs of the past, include uncovering these priceless artworks as they could be the only physical connection a family has with their ancestors.”

“The artworks form a basis from which we can deepen our knowledge and understanding of our past, and help us walk together towards a better future.”

Header Image: The Current Exhibition at the Portico Library