One of the greatest film love stories has had a remake for the stage. Mag North went to Keswick’s Theatre by the Lake for a close encounter with the lovers....
Eileen Jones.
September 16, 2022 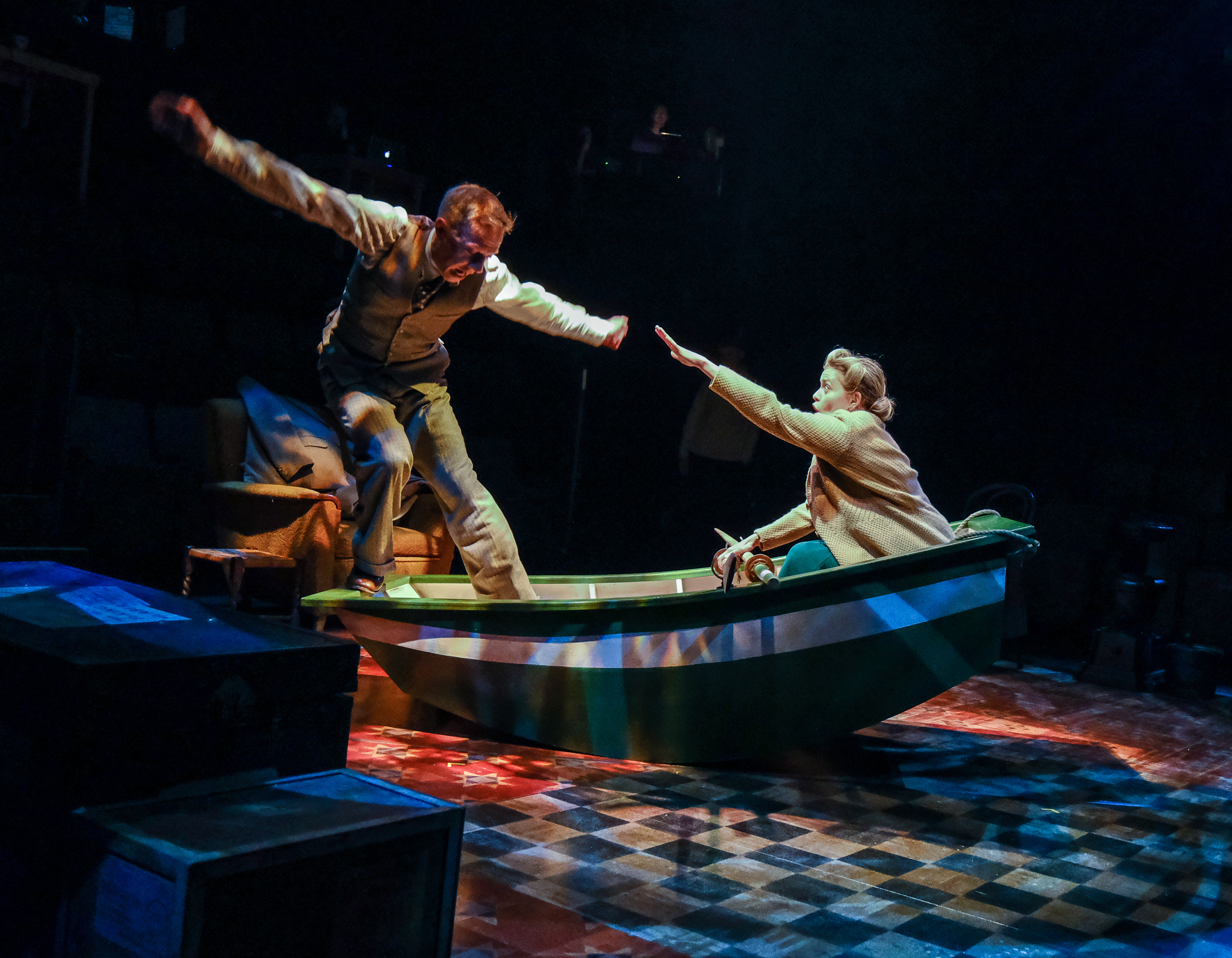 Brief Encounter was hailed as one of the greatest British films of all time, and it’s a classic love story, right? A tale of marriage and morality, of the eternal struggle between love and loyalty. It was created by the greats, based on a stage play by Noel Coward, directed by the master, David Lean, and oh those tortured performances from Celia Johnson and Trevor Howard. Why, it even featured a cameo appearance (as the station master) by Coward himself.

So do we need an update? Well maybe, after a youngster in the row behind us asked: “I didn’t think Close Encounters was a love story?”

So here, for another generation, in glorious technicolour, is Brief Encounter for today’s audience, a wonderful version adapted for the stage by Emma Rice and directed by Paul Robinson.

It remains, nevertheless, a period piece, set very firmly within the 1940s, finely detailed to the manners and the music, the mores and the morals of the time. There’s a history lesson for that lass on the back row: a station waiting-room did indeed have coal fired stoves, tea was threepence a cup, and a glass of brandy in the bar would set you back tenpence (that’s 4p, in new money).

Like several of the recent magical moments in the theatre here in Keswick, it’s another fabulous example of northern co-operation, a joint production with Scarborough’s Stephen Joseph Theatre, where it was hailed – and adored - recently, and Bolton’s Octagon Theatre, where it’s heading next. What wonderful theatres we have in Mag North Land!

But back to the show. This isn’t a musical, but a play with songs, and music, and dancing; songs with music by Simon Slater to the lyrics of Noel Coward: Any Little Fish, No Good at Love, Mad About the Boy, A Room with A View and Always, deliciously performed by a multi-talented ensemble cast. And there has to be Rachmaninoff, of course – a nod to the film’s glorious score. But we bet you didn’t expect a musical dual between a trombone and a clarinet!

Apart from the two lead characters, the rest of the cast play a multitude of parts – and instruments – with effortless ease, switching between costumes and characters deftly and convincingly. But wait...Pete Ashmore, who plays the passionate GP Alec, did appear playing the violin at one point, and Anne-Marie Piazza (Laura) does take to the piano at the end.

These are intense and  intimately moving performances. Laura, the married mother stuck in a rut, with a faithful but dull husband at home, meets Alec at the railway station when he helps remove some grit from her eye and, as in the film, that’s such a beautifully tender moment. And because we are here with them, so close, in this production in the round, we feel their passion and their torn loyalty, we feel like intruders in their intimacy, sharing their tenderness and heartbreak. Close encounters, indeed.

That’s why the other players – Robert Jackson, Natasha Lewis, Lara Lewis, Rishi Manuel, Joey Hickman  – provide, in their various roles, a much-need distraction, some light relief in their subsidiary love stories, and even a dark and threatening scene.

We loved the way that the pre-show entertainment, with singalong pianist (and musical director, Alex Weatherhill, with Maximillian Douglas Lamprecht on double bass) segued into the opening scene, and the way that the whole auditorium was used so well. The show is choreographed as much as directed, with almost lyrical bustle and activity. Most of all we loved watching Laura and Alec fall in love, ached for them as the deceit and subterfuge proved destructive, longed for the happy ending that was never going to be.

Brief Encounter plays at Theatre by the Lake until October 8. Details and tickets here