Documenting an unknown world in the River Tees

“When the water starts speaking back to you it’s an incredible and humbling experience." One of our great Northern Rivers asks us to stop and listen
Paul Drury-Bradey.
August 3, 2022 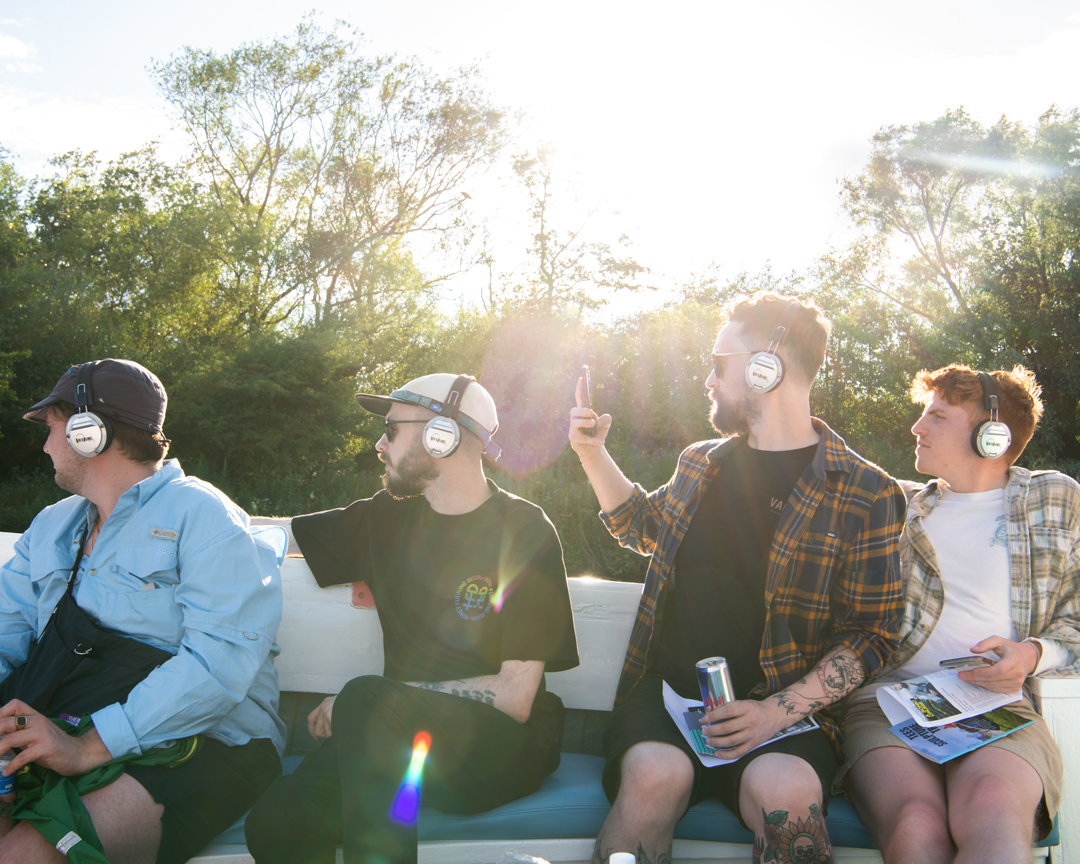 A new sonic arts project in Teesside is opening up a two-way dialogue between people and the natural world in our rivers - exploring and mapping underwater life beyond the scope of our senses.

Taking place as the Tees and the North Sea faces close scrutiny on its water qualities, the sonic journey gave a voice to the unheard and quieter voices that are such an important part of our shared ecosystem.

Could deep and creative listening projects like this help to answer some of the most difficult questions about our rivers and seas?

The Sonic Cruise was created by David De La Haye as part of Middlesbrough’s Sonic Art Week. Taking place during the hot July of 2022, the boat set sail from Moat Street, on the river in Stockton-on-Tees. This sense of place being vital to the idea.

Ongoing fierce debates about dredging, marine life and the future of the Tees means the sonic arts and science experiment set sail at a time that is facing more questions than answers.

According to David, it is this sense of questioning and exploration that attracted him to the Tees and connected him to the Sonic Arts Week: “My sound art aims to open up a two-way dialogue, between humans and aquatic species. It gives a voice to the unheard, the quieter voices in our shared ecosystem.”

David added: “Listening, really listening, implores us to stop, creating a space where we might reconnect to the most precious resource on our planet. If we don’t stop and listen to each other, that’s where chaos ensues.”

Specialist underwater microphones called hydrophones were used by David to create this new piece. These microphones are built using a high-tech piezoelectric disk that is able to record tiny vibrations, similar to what is used on an acoustic guitar to make it electric. Sounds are then amplified and composed as a unique soundscape; giving a special and deeper understanding into the sounds from the River Tees.

The cruise combined with the sonic journey to offer a radical and distinct perspective on the varied landscape along the Tees from Stockton. The audio captured sounds from seals, fish, aquatic plants and the water itself. This sonic exploration is something totally new, David believes many of these strange sounds have never been documented before.

“This piece provides a platform for these species to be heard in an attempt to create an emotional connection to the water, which is often seen as little more than a commodity; something that pours from a tap on demand, or is used for recreational activities. Listening, really listening, implores us to stop, creating a space where we might reconnect to the most precious resource on our planet. If we don’t stop and listen to each other, that’s where chaos ensues.”

The Sonic Arts Week is from the team behind Middlesbrough Art Weekender and The Auxiliary. It is a biennial festival of sound, art and music curated and devised by Liam Slevin and Nell Catchpole. The idea is all about celebrating experimental sound art and connecting pioneering sonic experiences to new audiences in the region.

A sense of place runs through the festival’s programming & engagement, and was captured by the Sonic Art Cruise. David explained: “There’s a strange contradiction in that many field recordings are made in remote locations around the world and are subsequently used to advocate a message of protecting species, yet the travel to these places comes with its own environmental impact. The beauty of ponds and rivers is that they are abundant and relatively easy to access. We don’t have to travel halfway around the world to be immersed in a rich and awe inspiring natural soundtrack.”

Like many people, the Coronavirus lockdowns forced more explorations closer to home and an idea of ‘micro-adventures’. This trend has shaped David’s work and the cruise on the Tees. He explained: “I began to realise that there is a strong story to be told about the creatures that go unheard and unnoticed all around us. The small, but incredibly precious. I am easily distracted, so finding a secluded spot that I could visit again and again and hear new creative materials each and every time suits my process well.”

The sonic art David creates are formed from recordings that are pretty much unprocessed. This means what you hear is essentially what is going on. And where is this more powerful than on a mighty river like the Tees? Somewhere that has shaped the region and the people that live here. “I hope that audiences will enjoy the natural beauty of aquatic spaces from anew perspective. Blue spaces, such as rivers and seas, may look calm on the surface, but beneath they are teeming with life. The recordings made for the Sonic Cruise were deliberately recorded at spaces that are used recreationally, so beside picnic areas, caravan sites, and on nature trials. These are frequently used, easy to access spaces, and I hope that after hearing the work, people will reconsider the hidden biodiversity found in the most common of spaces,” according to David.

Could some of the changes we’ve seen to everyday life here have longer-lasting and more profound impacts? Perhaps with the chaos and “noise” around us we need to listen to everyday sound in a different way?

"I guess I would like this ecoacoustic sound art to reconnect us with nature and sense of space. There are some amazing sounds out there - even during this project I heard sounds that I’ve never heard before. The global quietening experienced during the pandemic opened people’s ears to the incredible complexity of wildlife sounds all around us and demonstrated that human-derived noise has isolated us from our acoustic environments,” David added. “Sound is the first sense we develop, and thought to be the last we lose.”

The production was made possible through the support of Groundwork NE & Cumbria and River Tees Rediscovered.