Alan Bennett on Ravilious: “Now he is so loved. Nevertheless, he is a shared secret.”
Colin Petch.
July 10, 2022 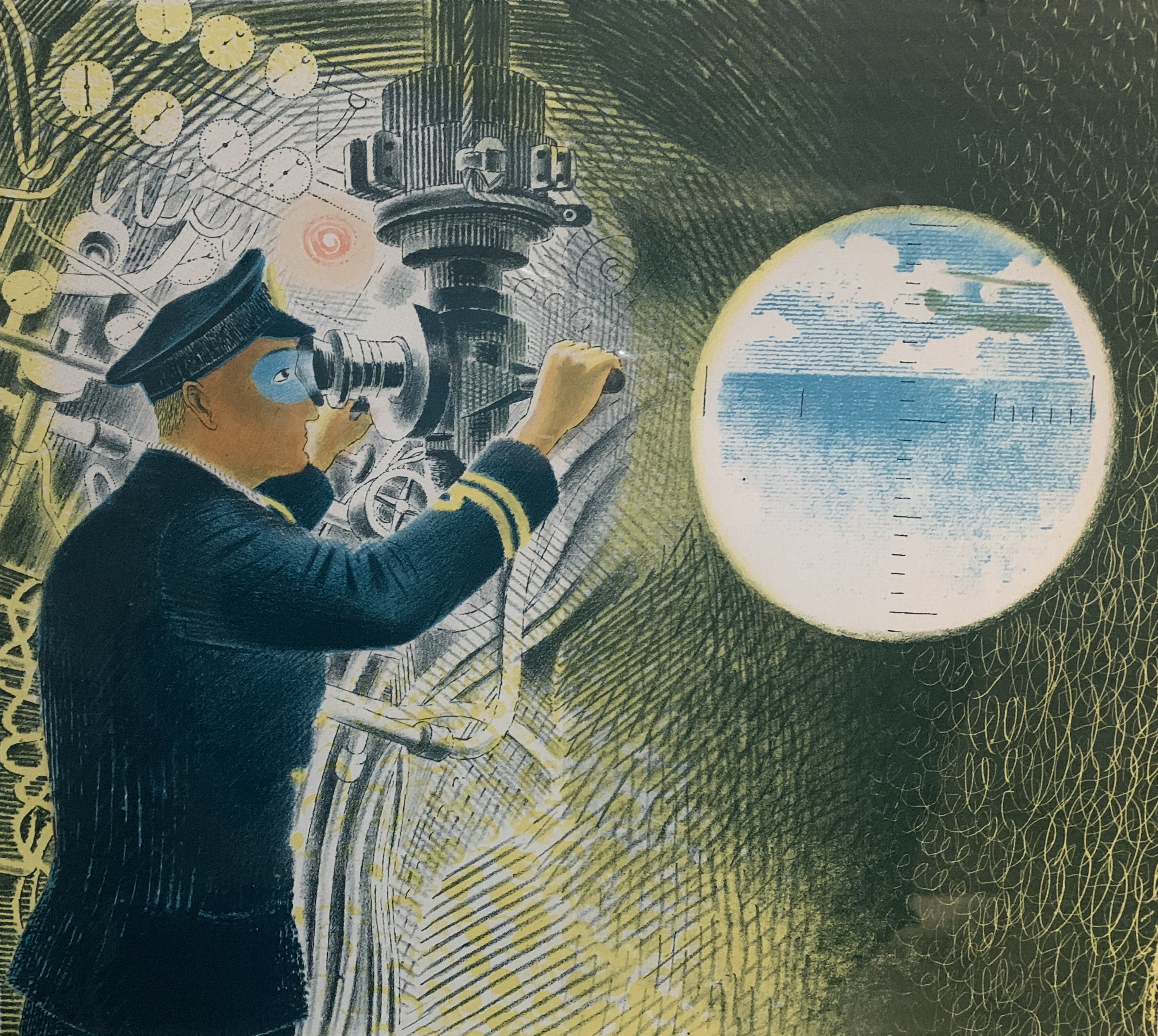 The Documentary film Eric Ravilious - Drawn To War, from Award-winning writer/director Margy Kinmonth and Foxtrot Films, enjoyed a very special showing at Cityscreen York on Saturday 9 July, followed by a Q & A with the director – and Kate Ravilious, who is a granddaughter of the film’s subject – and a York resident.

Eric Ravilious was the first war artist to die on active service in the Second World War – when he was lost off Iceland in an RAF aircraft, in September 1942.

Drawn To War is the first major feature film to be made about Eric Ravilious and Margy Kinmouth has sensitively and movingly told the story of not only this unlikely ‘Boys Own’ Englishman, but also of the bravery and stoicism of his talented artist wife Tirzah Garwood. The film features conversations with such notable Ravilious admirers as Ai Weiwei, Grayson Perry, Alan Bennett and Robert MacFarlane. The film also features the voices of Freddie Fox, Tamsin Greig, Jeremy Irons and Harriet Walter.

In addition to his unquestioningly beautiful paintings and woodcuts, it is Ravilious’s and Garwood’s letters that have such resonance. The letters, together with those written to two women Ravilious had affairs with, were left to their three children. With the blessing of his estate, Kinmonth gained access to a treasure trove of private correspondence and a previously unseen archive. Anne Ullman, the couple’s youngest – and only surviving child – also appears in the film, reading from both her mother and father’s letters. The poignancy without doubt, will not be lost on anyone watching the film.

Kinmouth’s passion for her project is clear:

“As a filmmaker and artist myself, I am telling the story of an artist whose life was cut short by conflict. Ravilious was a brilliant painter whose art portrays a very British way of life, creating his unique point of view at a particular point in history, my film asks what his life and art might tell us about the elusive concept of Englishness.

“I believe that Ravilious is one of Britain’s greatest landscape artists. He is much loved and very popular. He should be widely recognised alongside Turner, Nash, Constable and Hockney. But Ravilious is not a household name. I want my film to bring him wider recognition and not just around the UK.

“People may not have heard of the name Ravilious but they certainly recognise his art.”

“Female artists often get left out of the picture. In the course of history their legacies get lost or disappear completely. I want to bring out the stories of female artists. Tirzah was a noted artist in her own right - she was also a prolific writer, and I used her autobiography for my screenplay. It is her words and female perspective which give us the story of this marriage of two artists, a relationship innocently born in peacetime and then shattered irrevocably by the onset of war in 1939.”

Prior to the war years, in the spring of 1933, Ravilious and Garwood accepted a commission to paint a mural on the tearoom walls of the Midland Hotel, Morecambe. The couple based themselves in lodgings in nearby Heysham for the duration of the work. Tirzah wrote in her autobiography of how the new hotel resembled a big white concrete ship facing out across the shining sands, mudflats and treacherous waters of Morecambe Bay.

The building’s financiers were eager for completion of the mural prior to the opening of the new art deco hotel but as Eric and Tirzah worked, they became increasingly aware that their mural had no hope of lasting. Tirzah wrote:

“Decorating the tearoom was disheartening work because the plaster was too recently put onto the wall and as well as not being dry, it exuded little heaps of yellowish sand or lime or whatever it is that plaster is made with. When we were drawing out the design, if we used an India rubber or disturbed it in any way the white paint peeled off.”

What is not widely known is that it was Tirzah that put most effort into the work – Eric departing on seven occasions (two days at a time)to return to work teaching at the RCA. The grand opening of the hotel took place in July 1933. The following year in March the couple returned to carryout extensive repairs but the mural soon deteriorated again.

A further restoration of the hotel in 2013 saw, the mural re-painted by artist Jonquil Cook and it can still be seen today in the Ravilious Rotunda Bar at the iconic Midland Hotel.

Already suffering from breast cancer and only weeks after a mastectomy and an abortion, Tirzah waved off Eric for the final time in 1942. Garwood died of cancer in 1951. Still only in her forties.

As the 80th anniversary of Ravilious’ death approaches, it is the perfect moment to bring his work to a new generation of art, cinema and history lovers.

Owned by Director/Producer Margy Kinmonth and Producer/Executive Producer Maureen Murray, Foxtrot Films Ltd has an international reputation for making distinctive, entertaining and original arts films of the highest quality. Productions include: “Revolution - New Art For A New World”, “War Art” with Eddie Redmayne, “Royal Paintbox” with HRH The Prince of Wales and “Looking For Lowry” with Ian McKellen