'Fly With Me' Afghan Kite Festival

Marking a year since the fall of Afghanistan to the Taliban, an unmistakable symbol of hope is set to fly in our northern sky
Colin Petch.
August 18, 2022 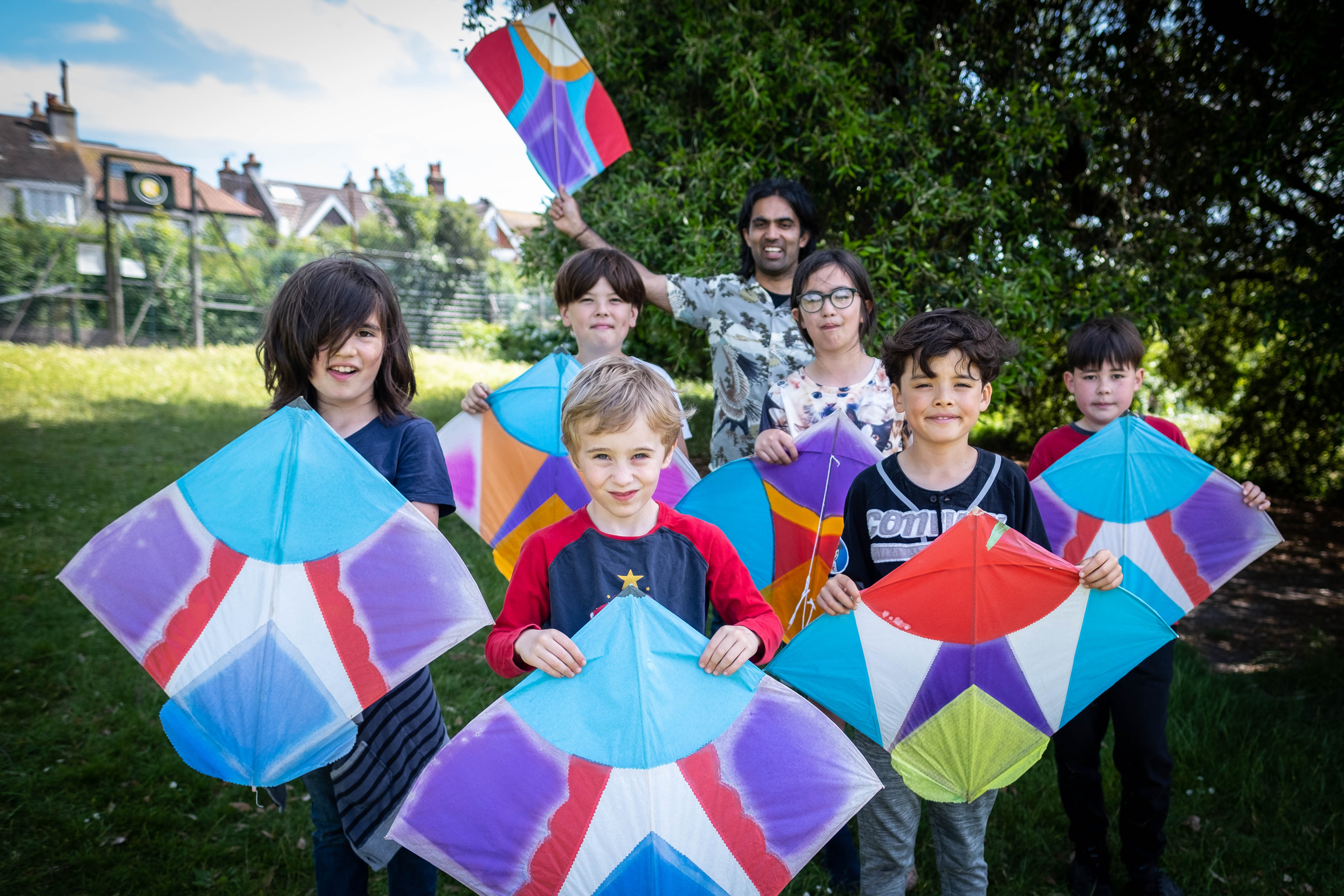 This weekend marks the first anniversary of the fall of Afghanistan to Haibatullah Akhundzada and his chums, who found fame decades ago with their very particular ‘take’ on the Boy Band concept.

This predominantly Pashtun poor-man’s Take That, are now responsible for a humanitarian crisis and a collapsed economy. Millions of Afghans are in poverty and the Taliban leadership have imposed unparalleled curbs on women’s rights, including denying education to girls of high school age.

So in addition to recording their next album: the Taliban have some significant geo-political ‘problems’ to solve. But the ancient art of Afghan Kite building and flying isn’t one of them, right? Wrong.

This Saturday 20th August, 38 towns and cities across Europe and North America, together with many smaller – but no less important events elsewhere, will host an epic kite flying festival ‘FLY WITH ME’. The festival is being staged as an aerial act of solidarity with the people of Afghanistan: and wrest back this reprehensible anniversary from a group of ultra-conservative ‘students’ who should know better.

Good Chance Theatre (creators of The Jungle and The Walk with Amal) will launch Fly With Me, an immersive, multi-city kite flying festival presented by Afghan artists, actors and sportspeople.

Master kite-maker and Afghan refugee (now based in the UK), Sanjar Qiam, provides the context:

“Kite flying is one of the world’s earliest art forms - there are depictions of kites in cave paintings in Indonesia which are 40,000 years old. In Afghanistan, kites occupy a unique space between national artform and national sport. They are a universal symbol of expression, skill and cultural pride. Fly With Me is an act of solidarity with the people of Afghanistan and an opportunity for all of us to come together and feel between our fingers the strings that connect us to this incredible country, its culture and its people.”

In the North of England, events are taking place in Bradford, Preston, Halifax, Liverpool, Sheffield and Manchester – on the same date as in Berlin, Barcelona, New York City and Los Angeles.

Mag North is heading to Northcliffe Park in Shipley, Bradford this Saturday to soak-up the atmosphere, where there will be performance poetry from exiled Iranian poet Samar Shahdad, of Bradford Museum and Galleries, and music from Tabla and Rabab musicians.

There’s also a celebration of puppetry with A Sweep of Swallows performance. Three kite puppets, which were originally designed as a commission for the Beijing Puppet Festival, will grace the skies above Shipley.

Family time to fly their kites will precede a call to communities to join in a collective Afghan Attan dance. The afternoon promises to create a message in the sky that neither UK foreign policy makers nor Taliban leaders should ignore.

Fly With Me has been developed with the master Afghan kite maker, Sanjar Qiam, who has founded a toy shop in Brighton and hosts kite-making workshops across the UK, Afghan actor, storyteller and director Elham Ehsas (The Kite Runner, Homeland) and Afghan musician and Fly With Me creative Elaha Soroor.

The cultural significance of kites and Afghanistan’s complex history will form part of the festival's storytelling, alongside music, poetry and dance from Afghan artists and other community groups.

And it’s not only the current situation on the ground in Afghanistan that is the focus of this weekend’s activities: The Festival is calling on the UK Government to treat all people seeking asylum fairly and equally, including those from Afghanistan.

Of the 16,000 Afghan refugees evacuated by the UK last year, 12,000 remain housed in unsuitable temporary accommodation, unable to cook for themselves, or integrate into the local community.

As the UK shifts its focus elsewhere, the Home Office has slashed the number of Afghan refugees allowed into the UK and the Afghan Resettlement Scheme has stalled. In the midst of dwindling public awareness, Fly With Me is inviting people from all backgrounds, regardless of race, nationality or religious beliefs, to come together and fly a kite - sending a message to the world to ‘Remember Afghanistan’ and treat Afghan refugees with the same respect and open heartedness shown currently to refugees from Ukraine.

Fly With Me is being delivered in collaboration with lead humanitarian partner Afghanaid, raising funds for their ‘By Her Side’ match-funding campaign to support women in rural Afghan communities, and produced in cooperation with Allianz Kulturstiftung and with lead supporters Arts Council England.

“Kites remain attached to the ground through a single thread but fly free of the borders that define the land. Kites are the embodiment of freedom and play. Looked at collectively, on the stage of the sky, kites represent togetherness, our difference, and our shared humanity. But the last time the Taliban ruled Afghanistan, kites were banned - along with music, free journalism, theatre and dancing. This simplest of devices of play and wonder, and gaming and competition, is also one of the most contested spaces in recent global history. That affront to freedom of expression is clearly being perpetuated again with the Taliban back in power. Fly With Me is a reminder to the world: Remember Afghanistan. And so, by making and flying kites in the Afghan tradition, led by Afghans who have made new lives in Europe, and open to all, we will be standing in solidarity with Afghans in the latest affront to their freedom and will remind the world of the devastating humanitarian crisis still taking place in Afghanistan today.”