Gábor Takács-Nagy: It's a Beautiful Life 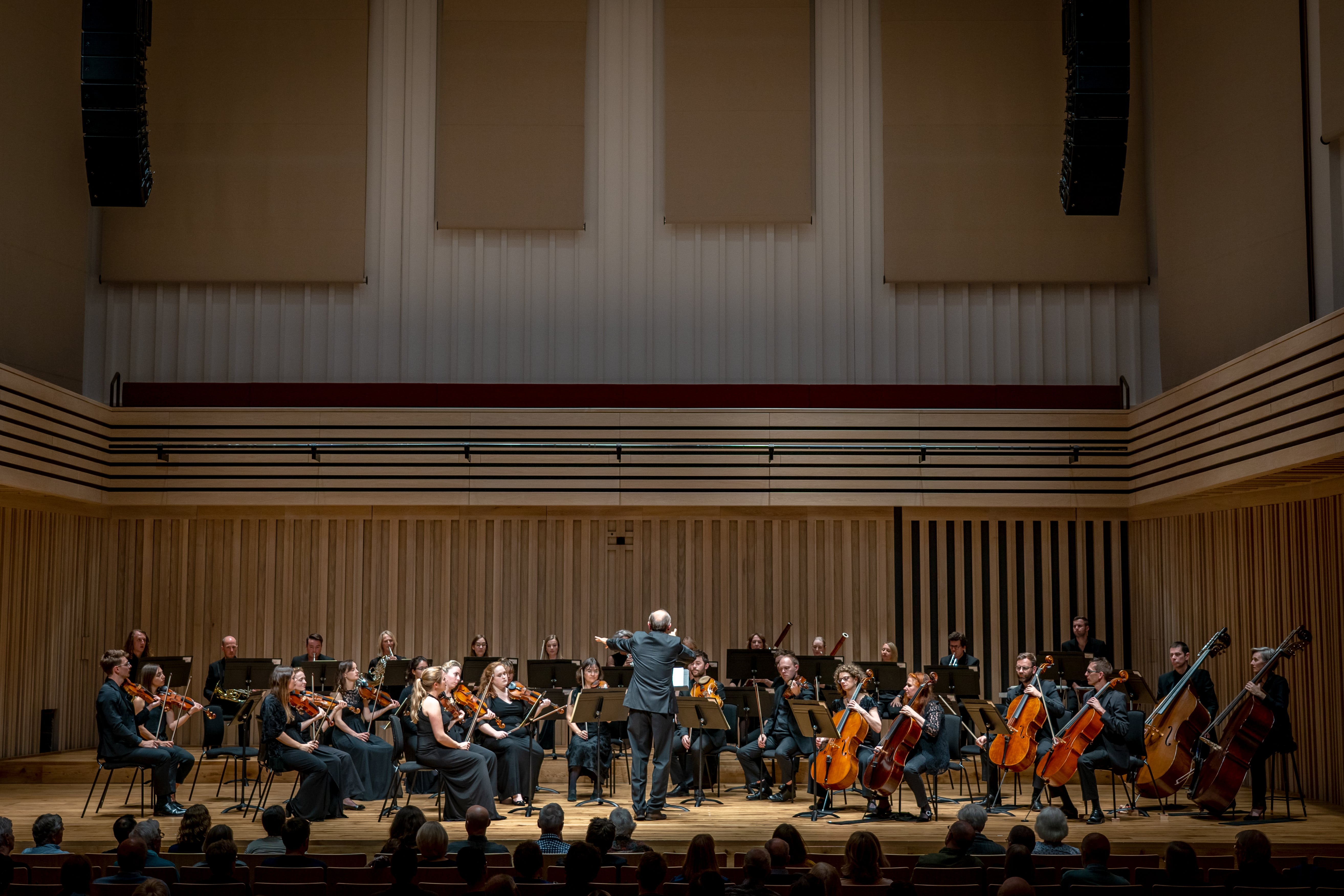 Directed by renowned filmmaker and photographer Joseph Lynn, this stylish and stylised production marks the third in Camerata’s digital film series – Untold– first launched in 2020. Fusing music performed by Camerata musicians with film and original poetry, Untold explores and shares the individual stories of the orchestra’s “nearest and dearest” – from its musicians and collaborators to those whose lives have been impacted and improved through participation in Camerata’s year-round community engagement work. Each film centres around a different person telling their own truth. Each is bound by the same goal – ‘the healing power of music’ – a phrase coined by Takács-Nagy himself, and one which has both inspired the orchestra and his career to date.

Set to a soundtrack chosen by Takács-Nagy to underscore his story, intercut with exclusive video footage from his career past and present Untold: Gábor is a very moving and personal film. In his own words, he reflects on the highs and lows, challenges and great achievements of his illustrious and colourful working life. From his early start as a violinist aged 8 – much to the delight of his parents who believed as an artist he would have a “freer life” - to his enrolment at the Franz Liszt music school in his home town of Budapest aged 18. Leading to his highly successful life as both a violinist as part of his Takács Quartet – performing over 1000 international concerts in its 17 years and latterly, and an equally successful career as a world renowned conductor and Music Leader. Takács-Nagy shares anecdotes and experiences, truths and pivotal moments in his life – many for the first time - in this beautifully shot, short film.

Takács-Nagy also opens up on the devastation he felt when he realised his professional violin playing days were coming to an end...before fate intervened to lead him on to a new path as an internationally renowned conductor.

“I was in Tokyo during a concert we played Bartok’s fifth string quartet and I found that I couldn’t use the whole bow. Later in the US during a concert I found that I could use even less bow. This is one of the biggest defeats of my life. I stopped a concert and got up and left, it was like a nightmare. I was a kind of successful person that almost everybody liked and suddenly I found myself in a situation not playing very well and everybody is frustrated with me, even myself...but I was struggling and I knew it was not possible. We all agreed in our friend’s kitchen in 1992 that I am leaving the quartet – it was obvious – it was painful.”

Untold: Gáboris a celebration of life and the triumph of the human spirit. As Takács-Nagy sums-up beautifully in his own words :

“I went through so many emotions but as a musician today I feel I am somewhere richer because I went through this...I am a conductor who was a violinist but I am saying I am a musician. I am still a musician.”

Takács-Nagy will conduct Manchester Camerata at the Stoller Hall on 23rd September in the orchestra’s Mozart, Made in Manchester Series. This is a collaborative series between Manchester Camerata and Chetham's School of Music who -  together - have embarked on a five-year project to perform and record all of Mozart's piano concertos. It also brings together eminent pianist Jean-Efflam Bavouzet with Takács-Nagy, to perform at Chetham's exceptional concert venue.

Gábor Takács-Nagy is considered one of today’s most authentic exponents of Hungarian music, and in particular, that of Béla Bartok. In March 2017 he was awarded the prestigious Béla Bartok-Ditta Pasztory Prize. In 1998 he established the Mikrokosmos string quartet with compatriots Zoltan Tuska, Sandor Papp and Miklos Perényi. In 2002, following in a long-line of Hungarian musical tradition, Gábor Takács-Nagy turned to conducting. In 2006 he became the Music Director of the Weinberger Kammerorchestra and in August 2007, the Music Director of the Verbier Festival Chamber Orchestra. From 2010 until 2012 he was Music Director of the MAV Symphony Orchestra Budapest and since September 2011, Music Director of Manchester Camerata. In September 2012 he was named Principal Guest Conductor of the Budapest Festival Orchestra. From 2013 to 2018 he was Principal Artistic Partner of the Irish Chamber Orchestra. He is regularly invited to conduct the Orchestre National de Lyon, the Orchestra Philharmonique de Monte Carlo, the Orchestra Filarmonica de Bologna, l’Orchestre de l’Opéra de Toulon, the Malaysian Philharmonic, the Calgary Philharmonic, the Bilkent Symphony Orchestra, the Budapest Symphony Orchestra, the Orchestra of Dijon-Bourgogne, the Franz Liszt Chamber Orchestra, the Orchestre de Chambre de Lausanne , the Orchestre de Chambre de Genève and the Detroit Symphony Orchestra amongst others. Gábor Takács-Nagy is also a dedicated and highly sought-after chamber-music teacher. He is Professor of String Quartet at the Haute Ecole de Musique in Geneva. In June 2012 he was awarded honorary membership of the Royal Academy of Music in London and in February 2021 received the prestigious Artist of Merit award from the Hungarian Governement.

Originally from Stockport in Greater Manchester Joseph Lynn moved to London aged 19 to study and begin his film making career. He has had his first two shorts commissioned by Channel 4’s Random Acts platform, and has gone on to carve out a distinct visual style with a particular interest in movement and performance. Hired by establishments such as The Royal Court, Manchester International Festival, LAMDA, and the Southbank Sinfonia, Joseph combines his skill set to create promotional content for Theatrical productions in a manner that compliments the piece whilst making something entirely new.