Harland Miller. York – So Good They Named It Once. York Art Gallery 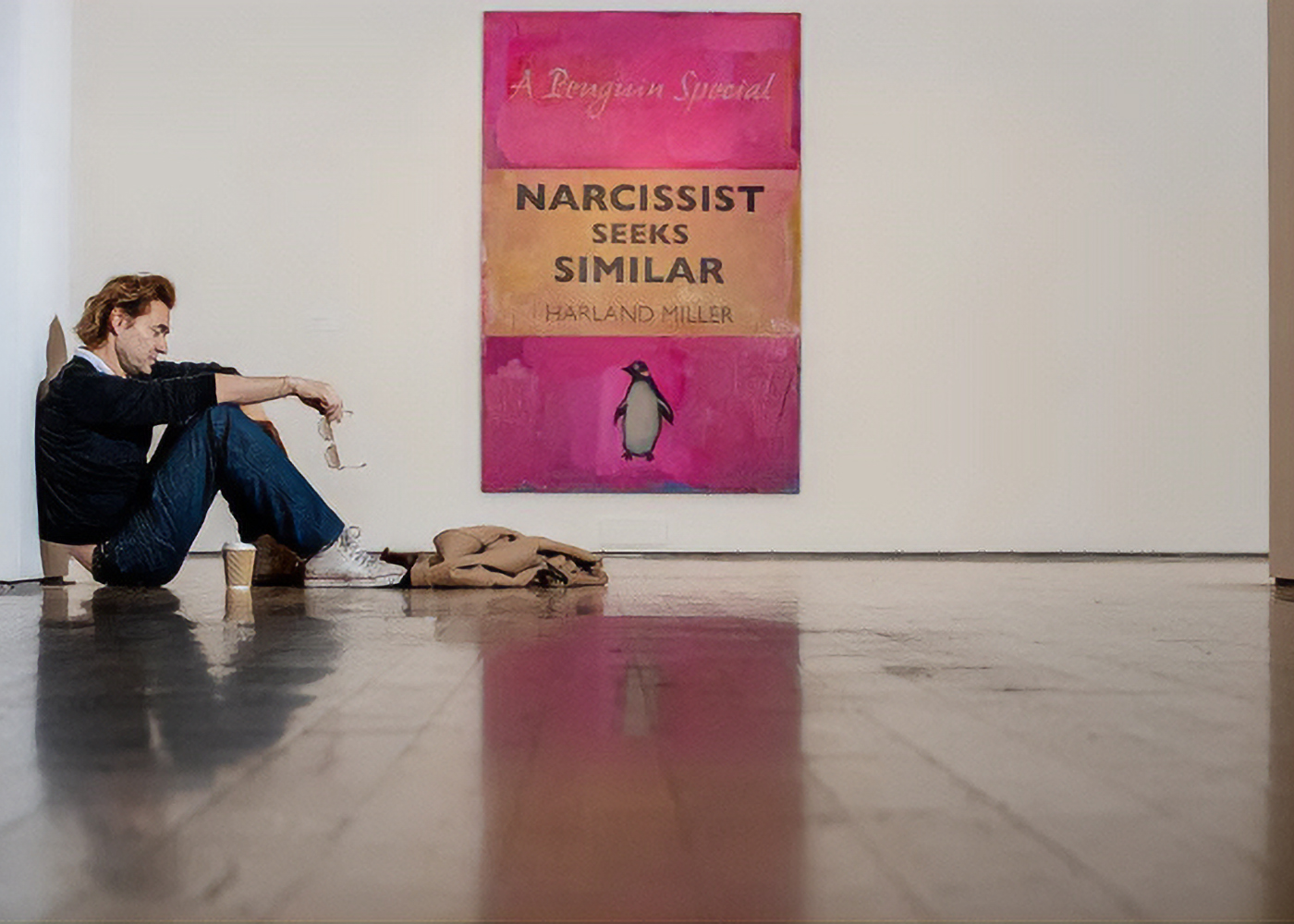 Having encountered Harland Miller back in the early 00’s, through his first novel – ‘Slow down Arthur, Stick to thirty’ – (David Bowie impersonator/northern kid/road trip. Read it) – I was intrigued to meet the man himself. Fortunately, Harland as artist spent some time recently at one of the most gorgeous creative spaces in the north: York Art Gallery – and it was while there, that assembled journalists listened to the unassuming York native talk about his latest exhibition.

‘York, So Good They Named It Once’ is Miller’s largest solo exhibition to date and viewing these 2.4m high paintings in the county that inspires much of his work, seems entirely fitting.

The exhibition runs until 31 May and includes three distinct subject areas: Miller described the works in the ‘Letter Painting’ series as being inspired by his interest in the artistry and technical detail in the leading letters of text in medieval manuscripts. Instead of The Lindisfarne Gospels, the viewer is greeted with short, contemporary words including ‘Boss’, ‘Ace, Bad’, ‘If’ and ‘Kiss’. White Cube, the organisation that works globally with artists to bring their genius to the rest of us – describe Miller as being able to connect Pop Art, Abstraction and Figurative Painting with his writer’s love of text. Completely.

The Penguin Book dust jacket paintings first appeared in 2001 and are inspired by the books from the 1950’s and 60’s. His satirical re-imagining of the titles while timeless, are perhaps particularly relevant in today’s world.

The Pelican Bad Weather paintings series might possibly be the works that attract most visitors to the gallery. The tongue-in-cheek references to Grimsby, Whitby and Blackpool provide the provenance that we love in the North – and self-catering in Whitby might mean more to us than to a resident of Nempnett Thrubwell. Possibly.

One of York School of Art’s most successful sons (in partnership with White Cube), has brought an incredibly impressive exhibition to Yorkshire. We might sometimes feel like we’re ninety-three million miles from the sun, but visiting York Art Gallery this spring will definitely supply some artistic glow.