Divina De Campo is ‘bang on trend’ at the moment, now dazzling as Hedwig accompanied by her ‘Angry Inch' at Leeds Playhouse.
Colin Petch.
April 7, 2022 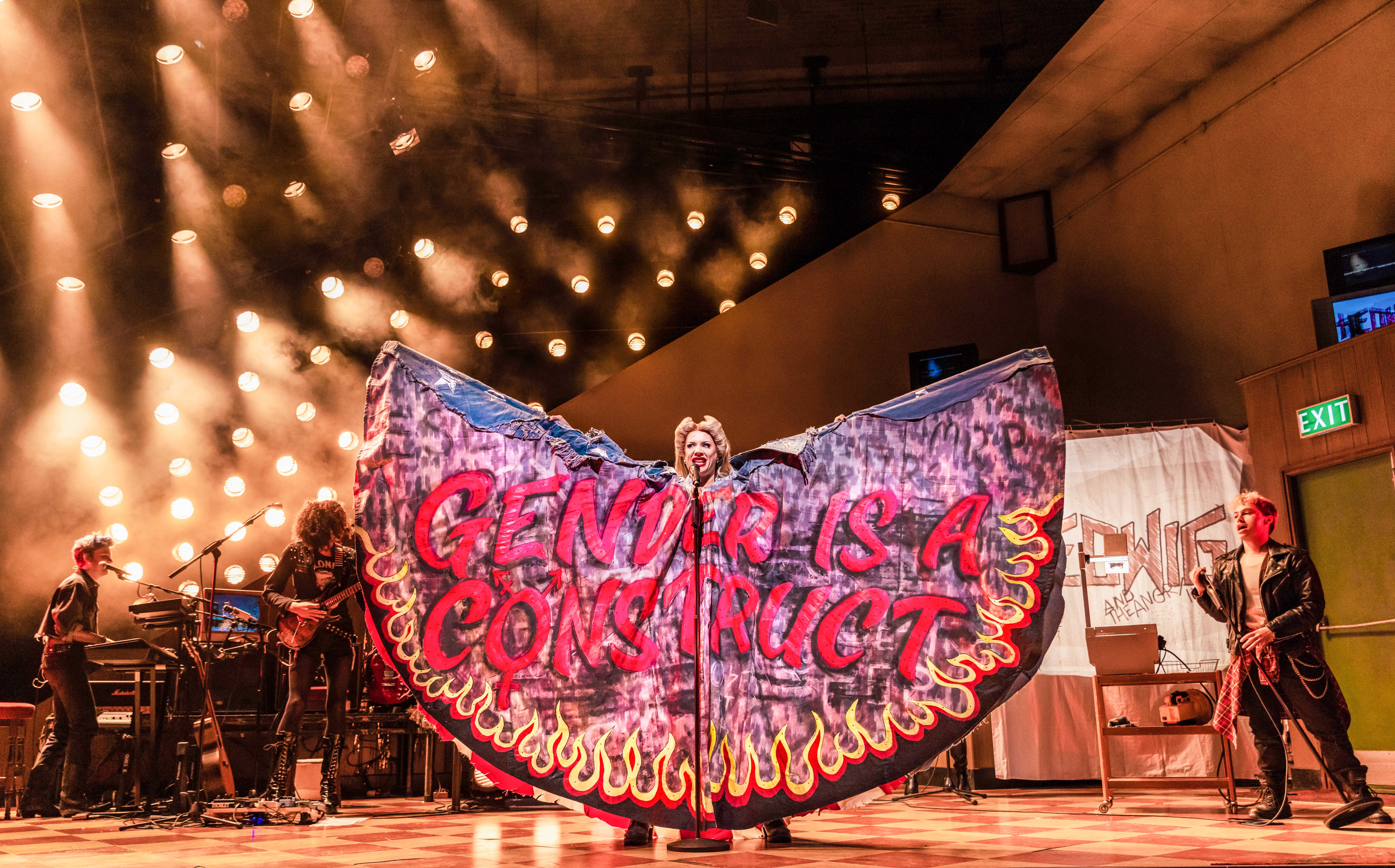 Divina De Campo is ‘bang on trend’ at the moment, as is the entire drag movement and quite right too. Recently delighting audiences at Manchester’s Contact Theatre as part of ‘The Enby Show’, Ms De Campo has crossed the Pennines to a rapturous welcome and the spotlight was most definitely fixed on her last night, as she whooped up fans in Leeds Playhouse’s Courtyard Theatre, where she dazzled as Hedwig, accompanied by her ‘Angry Inch’.

The 2001 film version is considered a cult movie, in spite of its poor run in cinemas, due not to bad acting, but global terror. Since then however, the John Cameron Mitchell and Stephen Trask rock opera (is that the correct description?), has been largely absent from view in the UK. So theatre audiences are long overdue hearing from our East German ‘girlyboy’.

The actual story is incredibly sad, although one of resilience and belief. “I’m the new Berlin Wall, try and tear me down”, taunts Hedwig, as she opens proceedings with her band. Hedwig starts life as Hansel Schmidt, a young chap questioning his identity – and born on the wrong side of the Berlin Wall. An affair with a U.S. serviceman offers escape and almost inevitably, trailer park abandonment. If you’re not clear on what the ‘angry inch’ is…You must get along to Leeds Playhouse (or Home Manchester later in the month). Mag North isn’t telling.

If like me, you’re a bit hard-of-thinking, you might struggle to keep up with the plot as our heroine switches from song to story (in her German, American and West Yorkshire accents), but it’s almost irrelevant: the music, the band, the energy – and for those of us of a certain age – feeling like we’re back in the 80’s is brilliant. Divina De Campo is the only person who could be Hedwig. Her singing is amazing and the band, led by Elijah Ferreira, will hopefully be gigging across the North soon!

As is usually the case with the creative team at Leeds…they have excelled themselves. Katherine Williams lighting really did make me believe I might be at a ‘Europe’ concert, just as we’re about to launch into ‘The Final Countdown’. And the set design by the excellent Ben Stones, was inspired. And an OHP. Wow…The kids might need to google what that is!

For all the fun, rock and roll and glamour associated with the production, it’s impossible to ignore the fact that Hedwig represents the juxtaposition that at last, society is becoming more comfortable in acknowledging. We hope. Director Jamie Fletcher has done much more than brought us a big show: they have wonderfully flagged-up that ‘binary’ isn’t necessarily only where it’s at.

Hedwig and the Angry Inch runs at Leeds Playhouse until 23rd April and Home, Manchester from 27th April to 11th May.