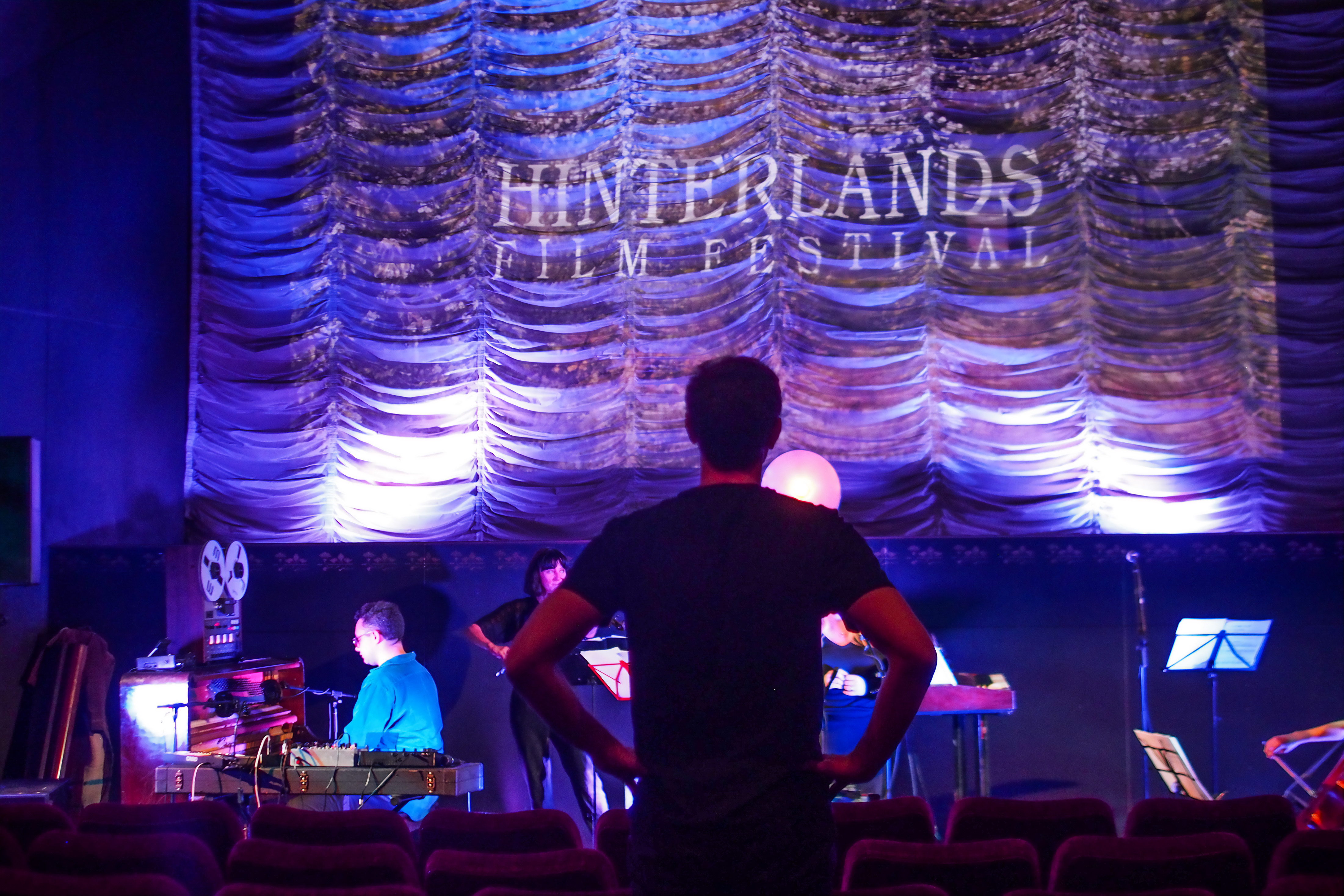 Skipton’s a perfect destination at any time, but this May it’s essential as ‘Hinterlands’ returns with a packed programme of films and special events celebrating the great outdoors in cinema.
Gabe Petch.
May 10, 2022

Hinterlands International Rural Film Festival is coming back to Skipton North Yorkshire from Friday 13 - Sunday 15 May for a three day celebration of the great outdoors in film. There’s something for all film lovers to enjoy in the packed programme of screenings and special events, from a showing of Limbo with an evening of Syrian food and music, to a Buster Keaton classic with a live musical score. There’s even a dog friendly screening for four-legged film fans and their owners. Tickets are on sale now at www.hinterlandsfestival.org.uk and must be pre-booked.

“Hinterlands is a celebration of rural films from all over the world,” says Hinterlands Artistic Director Geoff Bird. “We programme films where the natural landscape is a character in itself. This year we’ll be travelling to a remote Scottish island buffeted by the sea, across the vastness of the American Midwest, to the hills of Italy, and even to frosty Iceland in the wake of a Viking prince. And of course, Skipton is the perfect location for Hinterlands with the drama of the Yorkshire Dales right on the doorstep."

There will be a special showing of Buster Keaton’s silent classic The General, with an original contemporary live score performed by instrumental dream-pop and electronica band Haiku Salut. Regularly lauded as one of the greatest films ever made and a landmark of silent cinema, the film follows train engineer Johnnie Gray as he travels the Great American Midwest to rescue his sweetheart from a stolen train.

The premiere of a short film, commissioned by Hinterlands, will be shown prior to the main screening. This is a collaboration between local musician, Rose Wheeler, and Yorkshire-based filmmaker, Juliett Klottrup, inspired by crowdsourced sounds from ‘Soundtrack to Skipton’, a growing sound map of the town.

Another highlight of this year’s festival is an evening of Syrian food and music followed by a screening of the comedy-drama Limbo. Audiences can enjoy a delicious buffet of Syrian dishes whilst listening to the sounds of the oud from musician Rihab Azar before watching the film, which tells the story of a young Syrian musician staying on a Scottish island whilst he awaits the results of his asylum application. There will also be a screening of the short film Ruth & Safiya, filmed on location in Skipton. It charts the friendship between Ruth, an isolated pensioner in her 80s who visits her allotment daily, and Safiya, a teenage Syrian refugee adapting to her new life in Yorkshire.

Dogs (and their owners!) are invited to a pooch-friendly screening of The Truffle Hunters at the Plaza Cinema. This touching documentary follows a group of elderly truffle hunters and their loyal dogs as they scour the forests of Northern Italy for the prized white Alba truffle. It’s a glimpse into a timeless and secretive way of life, with the deep companionship between man and his best friend at its core.

There’s a chance to delve deeper into rural film as a whole host of special guests give an introduction to a selection of rural films. Actor Julie Hesmondhalgh (ITV’s Coronation Street) will introduce her favourite rural film, Wild, in a discussion with Hinterlands’ Artistic Director Geoff Bird. Director Hannah Maia will introduce her latest film Wood on Water, a story about a group of women who spend forty days canoeing in the Canadian wilderness. Afterwards, audiences will be encouraged to take an energising dip at Janet’s Foss waterfall in Malhamdale.

Writer, runner and former lead guitarist of Chumbawamba, Boff Whalley, joins Geoff Bird for a conversation about The Wild Tour alongside the film’s director Bevis Bowden before the premiere screening. The film chronicles Boff and performance maker Daniel Bye’s tour of These Hills Are Ours, a theatre show about their love of running in wild places. And local musician Sarah Smout shares her reflections on the climate crisis before a screening of her new film, Rooted.

Further film screenings include The Northman from visionary director Robert Eggers, best known for his horror films The Witch and The Lighthouse. This new release follows a young Viking prince on his quest across a frosty Nordic landscape to avenge his father’s murder. Winner of the Camera d’Or at Cannes Film Festival, the Croatian film Murina charts the rising tensions between a restless teenager and her oppressive father. French language film Petite Maman follows an eight-year old girl who makes a surprise discovery in the woods as her family clear out her late grandmother’s home, and comedy drama Sweetheart tells the story of an awkward, eco-conscious teenager AJ who is dragged to a family holiday, where she becomes unexpectedly captivated by a lifeguard named Isla.

There will also be a screening of the Ukrainian film The Guide, telling the story of an American boy and a blind folk poet thrown together by fate amidst the turbulence of mid-1930s Soviet Ukraine. All proceeds from tickets for this screening will go to the Red Cross Ukraine Crisis Appeal.

Lempen Puppet Theatre Company, known from their work at Skipton Puppet Festival, will lead a puppet-making workshop for families inspired by Pinocchio. Families will also be able to see the much-loved Disney classic at the Plaza Cinema.

And film fans should look out for roaming theatre company Kitsch & Sync who will be making their way round town on the Saturday and Sunday with a performance fusing Hollywood cinema, live action and plenty of unique audience interactions.

Hinterlands is produced by outdoor event creators Wild Rumpus, creators of hugely popular events including Just So Festival for families and Timber Festival in the National Forest. “Hinterlands isn’t your ordinary film festival. We put on a whole host of events to make it feel really special”, says Rowan Cannon, co-director of Wild Rumpus. “We want audiences to immerse themselves in the world of the films. I’m really excited for the evening of Syrian food and music before Limbo, and I can’t wait to hear from Julie Hesmondhalgh as she introduces Wild. And of course I’ll be bringing my dog, Chip, to the screening of Truffle Hunters."

Hinterlands is supported by Film Hub North with National Lottery funding on behalf of the BFI Film Audience Network, and is also made possible with funding from Arts Council England. \Soundtrack to Skipton is part of a £95,000 grant programme to fund a series of community-led activities on Skipton High Street over the next three years. Historic England has awarded the grant to Craven District Council as part of the Skipton High Street Heritage Action Zone programme. Soundtrack to Skipton joins an exciting cultural programme featuring projects spanning from music mentorship to augmented reality, in the locale of Skipton High Street.

For full festival listings and bookings