Mag North prepare to sleep behind the stage - at our second home in Leeds
Mag North.
November 21, 2022 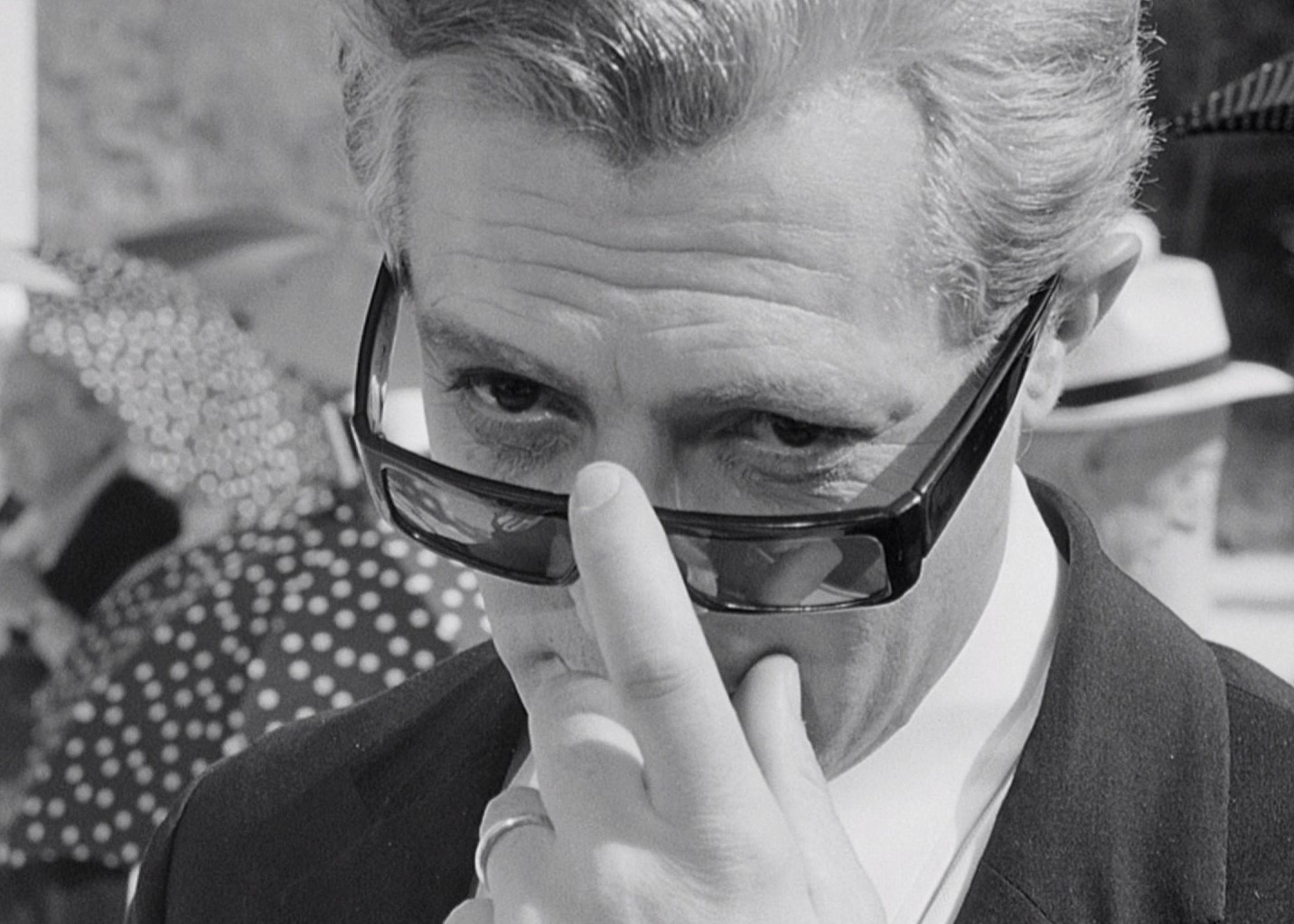 The Howard Assembly Room at Opera North has announced further events in its 2023 programme, bringing music from around the world, folk traditions from the UK, film screenings and a live score, chamber music, workshops and more to its historic central Leeds stage.

Wellbeing: As part of Opera North’s ground-breaking work on music and health - which expands further this winter with the online ‘Reconnect’ initiative - the Howard Assembly Room follows its first successful Wellbeing Weekend in 2022 with two more mini-festivals of performances and workshops for spring and summer ‘23.

Later that afternoon, younger audience members and their families can meet, explore and dance different characters from West African stories, including the spider Kweku Ananse, in Little Movers: Rhythm Stories. This fun, rhythmic one-hour dance workshop is led by Ghanaian dancer, choreographer and musician Nii Kwartey Owoo and the Asasaa Ensemble, and accompanied by live drumming.

Closing the weekend on 12 March, worksby Handel, Schubert, Britten, Debussy, Fauré and more celebrate seasonal themesof renewal in a Relaxed Concert: Ch-ch-Changes. This performance sweeps away the usual audience restrictions, such as having to keep quiet or sit still, in favour of an informal and friendly setting. People with learning disabilities or autism, people living with dementia, or anyone who would benefit from a more easy going environment are warmly welcomed. Opera North’s Annette Saunders (piano) and Luke O’Toole (flute) are joined by soprano Bibi Heal in an uplifting one-hour set.

Music from around the world: With Indian sarod maestro Amjad Ali Khan visiting before Christmas and Malian ngoni hero Bassekou Kouyate already announced for 1 June 2023, the Howard Assembly Room continues to attract some of the most renowned performers in musical traditions from around the globe. Centrepiece of summer 2023’s Wellbeing Weekend will be an unmissable performance by the Tashi Lhunpo Monks of Tibet on 3 June. Offering a fascinating glimpse into an ancient culture, mesmerising chants of Buddhist texts and swirling dances are accompanied by ancient musical instruments including long horns, bells and drums.

In a special concert for Holocaust Memorial Day, The Merlin Shepherd Quartet brings to life the lost world of the Yiddish-speaking Jews of Eastern Europe with a performance of klezmer music.  Presented by Opera North’s DARE partnership with the University of Leeds, their emotionally charged music is complemented with readings in poetry and prose, commemorating the immense loss wrought by the Holocaust, and celebrating the enduring richness and power of Jewish culture.

Folk: With its perfect acoustic, intimate atmosphere and glorious period features, the Howard Assembly Room is the ideal place to experience traditional sounds from closer to home. Irish singer-songwriter Lisa O’Neill makes her venue debut on 16 March, having quietly built her reputation over the course of four albums with a unique folk sound, distinctive voice and powerful writing. She recently found a wider audience when her song ‘Blackbird’ was heard on Peaky Blinders.

Three of the UK’s most talented folk artists offer a rare insight into the social history of the British Isles on 17 March as Hack-Poets Guild. Marry Waterson, Lisa Knapp and Nathaniel Mann lead a five-piece band in songs drawn from broadside ballads – cheap song sheets printed daily for a mass market between the 16th and 20th centuries. With letterpress demonstrations in the atrium before the show and during the interval, and a filmed pre-performance talk, gig-goers can immerse themselves in a fascinating bygone culture whose subjects range from romantic to profane; magical to political.

Film: Following its return to the Leeds International Film Festival circuit this year, the Howard Assembly Room’s in-house programme continues, bringing live scores, cult classics and world cinema sleepers to the big screen, and maintaining a century-long history as a venue for film.

Ahead of Hack-Poets Guild’s visit, Lisa Knapp can be seen on 3 March as part of a starry 9-piece band led by Portishead’s Adrian Utley and Goldfrapp’s Will Gregory in a live soundtrack to Paul Wright’s film Arcadia. Their powerful score of folk, classical, electronic dance music and archive recordings brings to life 100 years of footage capturing the beauty and brutality, the magic and madness of rural Britain.

One of Hollywood’s all-time greatest romances, An Affair to Remember offers an old-fashioned Valentines treat on 11 February. Ticket holders can claim a glass of fizz on the house with their food at Kino downstairs, the perfect complement to Cary Grant and Deborah Kerr’s effervescent screen partnership.

The BAFTA-winning debut by Zambian-born director Rungano Nyoni, I Am Not A Witch, (24February) masterfully combines deadpan comedy, tragedy and vivid visuals to tell the story of 8-year old orphan Shula, denounced as a witch and exploited by a corrupt government official.

In Opera North’s new co-production with Gothenburg Opera, director Rodula Gaitanou has relocated the action of Strauss’s Ariadne auf Naxos to a mid-century Italian film studio, with a nod to the self-referential, Russian doll approach of Fellini in his masterpiece 8½. Visually stunning, darkly funny and hugely influential, the film itself screens on 9 March, a welcome chance to revisit its luminous black and white cinematography on the scale intended.

Chamber & Contemporary: With a sold-out visit from the Tallis Scholars and a performance of Barber’s Quartet by members of the Orchestra of Opera North on the way before Christmas, the New Year offers further opportunities to enjoy the warm and woody sound of voices and instruments up-close in the venue.

A couple of days before Ariadne auf Naxos opens on Opera North’s mainstage, Swedish soprano Miah Persson brings the heart-wrenching beauty of Richard Strauss’s art song into focus in the next of Leeds Lieder’s Howard Assembly Room recitals. Joined by Leeds Lieder’s Director Joseph Middleton on piano, her programme for 15 February revolves around the composer’s Vier letzte Lieder, with further delights from Grieg, Nystroem and Sibelius. Middleton returns on 20 April with leading British baritone Roderick Williams, following their performance of Winterreise in English earlier this year with another of Jeremy Sams’ wonderfully communicative Schubert translations: The Fair Maid of the Mill (Die schöne Müllerin).

The Distilled series, featuring players from the staff and Orchestra of Opera North, returns on 22 April with two minimalist masterpieces. John Adams’ thrilling Road Movies and Steve Reich’s seminal Different Trains promise imaginative sprints across America and Europe by road and rail, and an intense experience of orchestral music in its purest essence.

On his last visit, saxophone colossus Colin Stetson held a capacity audience rapt with an extraordinarily physical performance. Without loops, backing tracks or safety net, he produces a huge, cinematic soundscape sustained by nothing but the power of his lungs, his circular breathing, and his unbelievable skill: an unforgettable live experience. He returns, in partnership with Super Friendz, on 2 May.

Tickets for all events at the Howard Assembly Room are available to book online at howardassemblyroom.co.uk