Our Young Reporter Page enjoyed a highly recommended day out at The Coro in Ulverston on Sunday
Page Singleton.
August 8, 2022 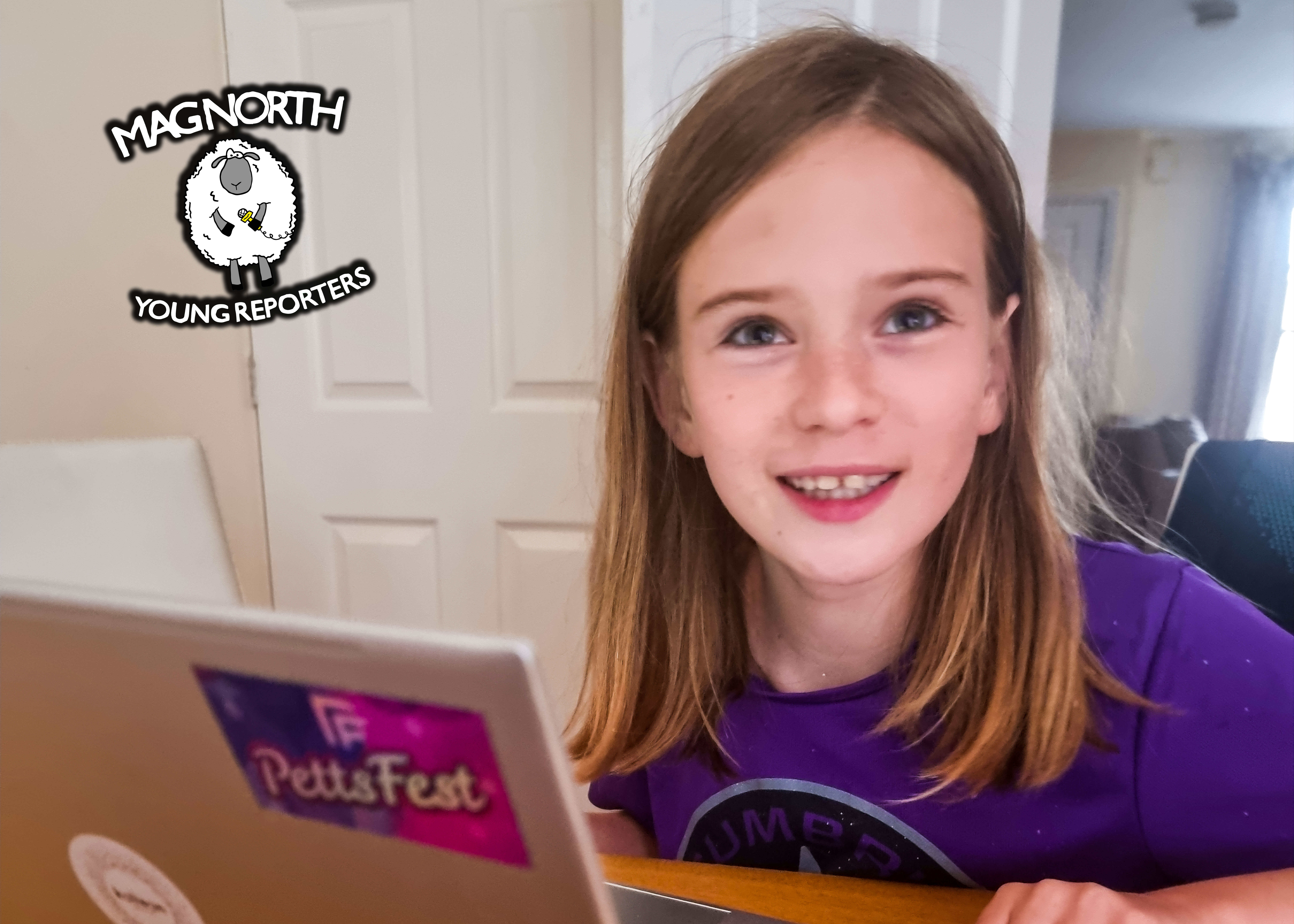 Me and dad went to Incredible Journeys in Ulverston yesterday, it's on Thursdays to Sundays in August at the Coronation Hall (The Coro).

When we were just outside the Coronation Hall we saw two men who were in a boat type costume and a sailor with waterproofs on . Dad won the best knees award as they said so. They said (because there were massive tentacles on the outside) they struggled to fight the octopus into the room as well as the net!!!

We then moved on to the inside where we were greeted by ominous music, then went into the stage room where there was a projected screen which was showing cool and amazing x-ray blue fish and different blue x-ray blue birds and also four sheds.

We went in two of the sheds they had different sculptures of birds and seats and headphones where you could hear birds squawking and people talking about a certain bird then we went to the backstage were there was a photo area with massive wings and a box with mini wings (they called it baby wings). I had a go first it was perfect then it was dad's go (he was too tall so he couldn't go on the stool) the first time he told me off for getting the wrong angle (I did a pretty good job it just wasn't the same angle as he did on me). I then took a good angle picture of him and then I wanted to try the mini wings/baby wings and dad made me stand with them on in front of the big wings! He then took the picture.

We then moved onto the other two shacks/sheds and one had a movie with no headphones and the other with a nice house shed with a story the next room was a kiddy room. A mirror made you feel like you were underwater then moving on there was a note on screen with an open cupboard underneath said it was the cupboard of kilidelthia (there was also lots of activities in the room to do with making sea creatures) then we went to the next part where your face on the screen would be turned inside of the squids face.

We then went upstairs to human migration were there were tents in a white room and two projected screens and people  saying they want to die and was showing temples in Ethiopia and Mecca for example we then went downstairs and looked at some paintings and left.

I highly recommend coming here it is free!

Page is 9 years old and does lots of amazing stuff in The Lake District - and other places!