Laura, Jonny and Eleanor enjoy a proper day out - in the wrong footwear
Laura Burrows.
November 2, 2022 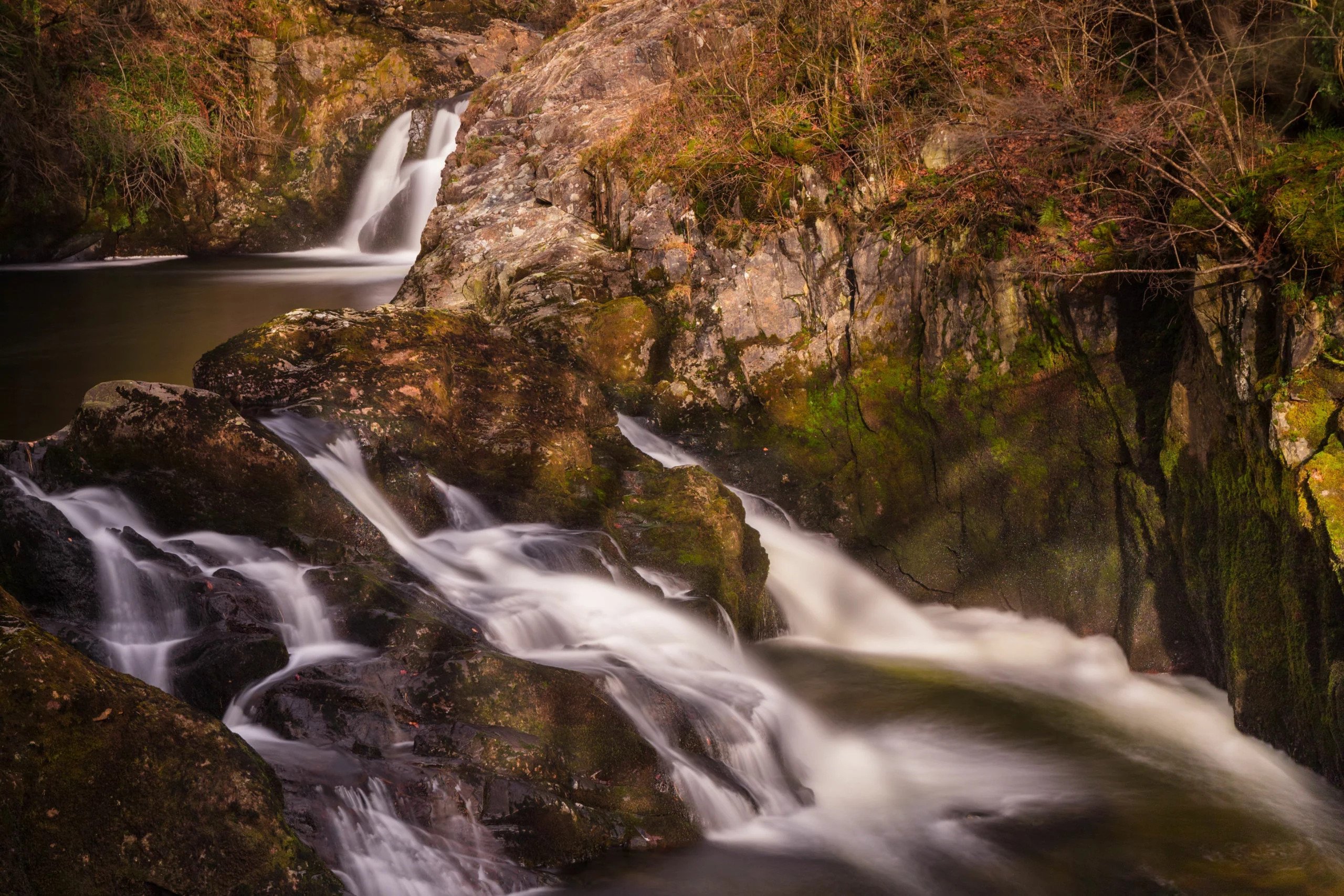 When I was in my early teenage years, every summer I would travel from Ulverston to my cousins’ house in Bolton-le-Sands to stay with them, and my Auntie Sue. Sometimes my sister would come too, other times I would go alone, but almost every time I went, we would go to ‘Ingleton Falls’ for a walk. Ingleton is a village situated in the Yorkshire Dales National Park, close to both Cumbria and Lancashire - and famous for it’s waterfall hiking trail. It’s a 4.3 mile walk through woods, open fields and alongside two rivers, with multiple waterfalls to see along the way. Dotted along the route there are areas where the water is deep and still enough to swim, which we did on more than one occasion when the weather was warm enough. The feeling of having a dip in the cool water on a hot day was incredible.

I have very fond memories of those days, spent mostly with my cousin, Matt, my auntie and her dogs. Going to Ingleton Falls felt like a day out; there was so much to see and enjoy, the huge fallen tree branch with thousands of coins pressed into it, the unspoilt views, the wildlife and, of course, the falls themselves.

The website estimates that it takes roughly two and a half hours to complete the walk, but we always took longer, enjoying the route and dipping our toes, if nothing else, into the water. Sadly, as we grew up, our yearly trips to the falls were forgotten; pub quizzes and games consoles taking the place of our outings in the sun.

Jonny and I were married in 2019 and we didn’t have a traditional honeymoon. We chose, instead, to have a night in Bowness-on-Windermere, a family holiday in Cornwall and a summer of family fun with Eleanor, who was six years old at the time. We were determined to try to have a healthy, active summer as we had definitely overindulged at the wedding. We were stuck one day, trying to decide what to do and where to go. The weather was calm and dry, but not overly hot, and so we were determined to get out for a ‘nice walk’ somewhere. I suggested Ingleton Falls. Jonny and Eleanor had never been, I hadn’t been for at least fifteen years, and I was sure that we would all enjoy it. It wasn’t too long or strenuous; it was a nice ‘stroll’ as far as I could remember, and it’s fairly local to us. We packed ourselves into the car and set off.

Eleanor fell over and scraped her knee, roughly thirteen seconds into the walk. The ground was wet, there was mud everywhere, and the footpath was definitely rougher and rockier than I remembered. I was wearing my ‘everyday’ long boots which were, I realised quite quickly, not ideal for ‘proper’ walking; Jonny and Eleanor were wearing trainers. None of us remembered to bring a drink. We weren’t off to the best start.

With us wondering aloud why we ever suggest going on a ‘nice walk,’ because they rarely are, (something usually happens to take the peace and relaxation completely out of the experience), we trudged on. Within a few minutes, the stress was forgotten. The falls were lovely, as usual, and there were more of them than I remembered. I was a little worried when we had been walking for a while and hadn’t come across the huge ‘money tree’ but we found it eventually and I was surprised to find that the original branch was now so full of coins that people had begun using the surrounding branches to leave their own. We took photographs, spotted birds and squirrels, and bought ice creams and drinks from the kiosk. Eleanor was absolutely loving it. I was exhausted, and we weren’t even halfway round. I hadn’t realised quite how unfit I was until then. Despite the weather not being particularly hot, I could’ve quite happily gone for a dip in the water, but we hadn’t thought to bring towels with us.

The walk took us longer than the two-and-a-half-hour average - we got a little bit lost towards the end as we entered Ingleton village, but we didn’t do too badly, considering our fitness levels and how stupidly underprepared we were. I would wholeheartedly recommend the walk to anyone who is reasonably fit and steady on their feet, especially families with children. Although it was different from my childhood experience, and more challenging that I had expected, the route was beautiful, and we all really enjoyed ourselves. We will definitely go again, perhaps when Arthur and the puppy are a little bit older (and I’m a little bit fitter), but next time I’ll make sure that we take towels, plenty to drink and that we’re all wearing sensible shoes. Ingleton might have falls but, this time, I’d rather we didn’t.