None of us are self-sufficient and all of us are responsible.‍
Gabe Petch.
October 27, 2022 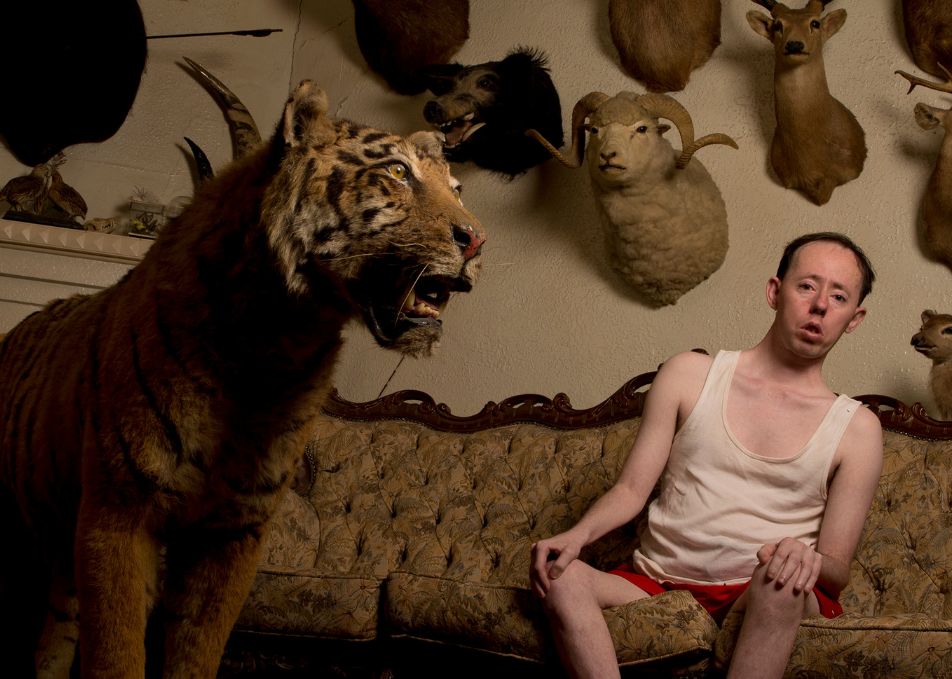 After picking up their Ibsen Award prize (considered the ‘Nobel Prize of Theatre’) in Oslo in September, Back to Back Theatre are now about to bring The Shadow Whose Prey The Hunter Becomes to Leeds Playhouse/Transform from 2 -5 November. The company, who were the first Australian group to win the award, is composed predominantly of actors with intellectual disabilities.

Based in the Victorian regional centre of Geelong, they have undertaken 72 national and 89 international seasons of their work, performing at leading contemporary arts festivals and venues all over the world.

By fusing the factual and fictional, the experienced and speculative, the brutal and gentle, Back to Back Theatre creates dramatic art that is always unpredictable, always unexpected, and always unique. Since starting out in 1987, they have, in the words of the International Ibsen Awards committee: “consistently and defiantly challenged social and cultural perceptions and constructs.” Never settling for easy solutions and neat notions of closure, Back to Back Theatre opt instead for a theatre of possibilities, a theatre grounded in collaboration, multiple co-existing perspectives and necessary chaos, acknowledging that democracy is messy and difficult.

THE SHADOW WHOSE PREY THE HUNTER BECOMES was co-conceived in 2019 by Back to Back’s core ensemble of 6 full-time performers. Weaving a narrative through human rights, sexual politics, and the projected dominance of artificial intelligence, the play is a sly theatrical revelation inspired by mistakes, mis-readings, mis-leadings and misunderstanding, reminding us that none of us are self-sufficient and all of us are responsible.

In this provocative and challenging story, Simon, Scott and Sarah, a trio of disability activists desperate to save the world, hold a townhall meeting about the future impacts of artificial intelligence. However, as the meeting unravels, they discover that their own prejudices are the greatest threat of all. Dealing with individual and collective responsibility, THE SHADOW WHOSE PRAY THE HUNTER BECOMES questions how we can come together to make decisions in the best interest of society.

Over the last thirty years, Back to Back Theatre has made a body of work that questions the assumptions of what is possible in theatre, but also the assumptions we hold about ourselves and others. As an ongoing dialogue with their audience, each new project is an investigation seeking answers to questions raised in previous works. Through design, light, and sound, the stories they pursue weave the personal, the political and the cosmic. Seeking to make a body of work that exists in repertoire across time, the company tours extensively locally, nationally and internationally to the world’s leading festivals and cultural institutions.