But Mancunian Planners are at fault with failings in process
Colin Petch.
October 27, 2022 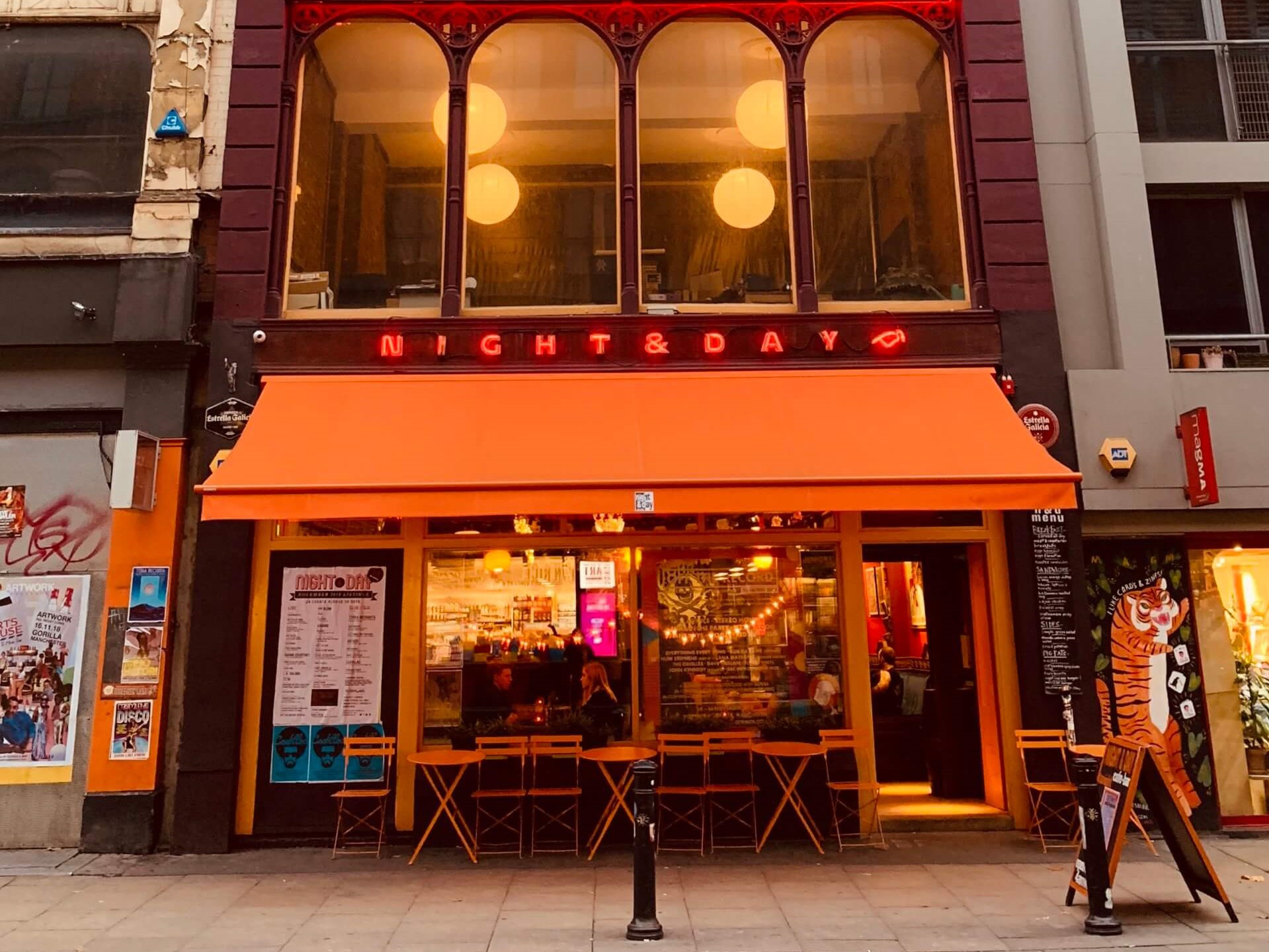 26th October 2022 - Almost one year since receiving a noise abatement notice from Manchester City Council, the future of legendary Mancunian music venue Night & Day hangs in the balance as it faces a court hearing at the end of November.

Issues began when a resident moved into an apartment next door to the venue during lockdown, when businesses in the Northern Quarter were shutdown and quiet. When Night & Day reopened and began trading as it had done for the previous three decades, a noise complaint was made by this resident.

Said Elbow lead singer Guy Garvey: “This a shameful disgrace and we are furious. Manchester’s music and arts are things we all share and are rightfully proud of. The council and its politicians, its football teams and its universities all use our music in proud promotion.

“Night & Day has taken hundreds of Manchester artists from bedrooms and garages to the world stage. The vibrant scene started by Night & Day triggered enormous redevelopment in what we now call the Northern Quarter and making all this happen is a constant bill to bill balancing act. That this corner-stone of our city’s culture is under attack again is bewildering.”

After receiving a copy of the planning file for the redevelopment of the building next door where the complainant lived, the owners of Night & Day were shocked to find that a crucial acoustic report had not been provided, nor acoustic works completed to the development before it was occupied. This was a condition of the planning consent for conversion of the building next door, to ensure that residents were not disturbed by noise from pre-existing businesses in the area.

Said owner Jennifer Smithson: “We were one of the founding businesses in the development of the Northern Quarter, people wanted to move here because of vibrant, interesting places like Night & Day which is great and it’s really enhanced the area.

“What is particularly galling is that the planning department knew about the potential for noise disturbance from Night & Day when it issued the planning consent to turn the warehouse next door into residential flats. A separate acoustic report was required to establish what could be done to prevent noise from Night & Day impacting residents of the building. However, no separate acoustic report was ever prepared by the developer and the planning department allowed the building to be occupied without suitable acoustic insulation works.

“We now have to either accept the noise abatement notice, which will put us at risk of immediate prosecution in the event of noise complaints, or go to court at significant expense to appeal it. This could mean the end of Night & Day forever. It’s a nightmare.”

Owner Jennifer Smithson, daughter of the late founder and Manchester icon Jan Oldenburg, faces an impossible task – to comply with the requirements of the abatement notice which would effectively ruin Night & Day’s business, or risk three days in court, which could mean closure and the end of the venue altogether.

“It’s just so unfair,” said Jennifer. “We believe that the fault lies squarely with Manchester City Council. They could cancel the noise abatement notice and rectify the problem that they originally caused, rather than close down a business that’s been the beating heart of the Manchester music scene for decades.”

Added Guy Garvey: “The council needs to drop this charge immediately and get this family business out from under the swinging anvil of closure for good.

“There are many that consider the stress of this situation may have hastened our friend Jan’s early death and for his daughter’s family to be under that same stress for a second time on account of council fumbling ineptitude and can-kicking is unforgivable.

“The message to the council is drop this and focus on making it the last time it happens to any music venue in our city. To everyone else concerned I cannot stress enough that anger directed at the complainants is misdirected. This is the council’s problem. Please pour your energy into supporting the campaign to save Night & Day and in due course the national legislation to prevent this happening to any historic venue that has been nick-named Jan’s Law.”

The date of the court hearing is the 29th November - 1st December 2022. Anyone wishing to support Night & Day can sign the petition to save the venue at change.org and follow #savenightandday