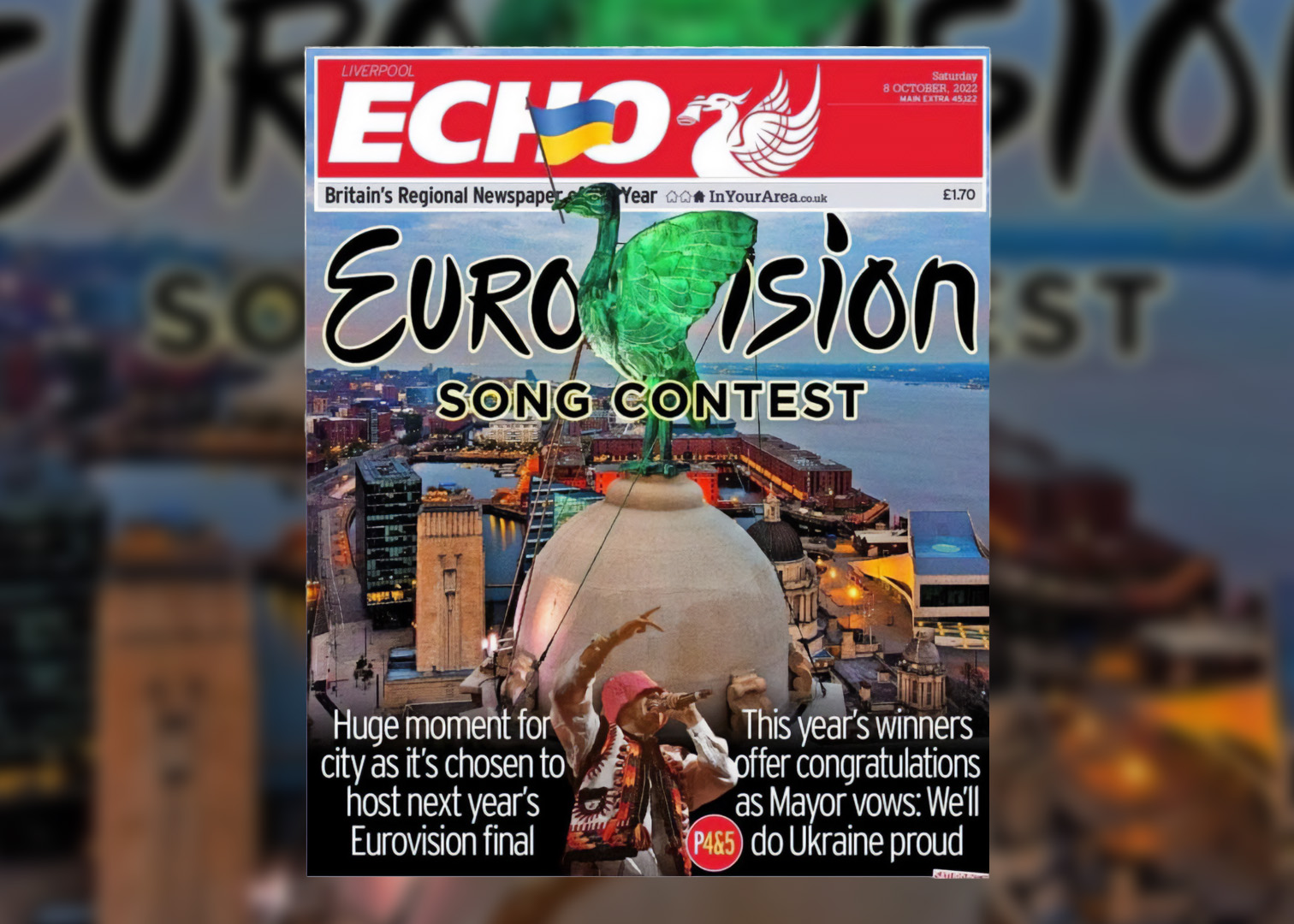 IT wasn’t Manchester, it wasn’t Leeds, it wasn’t even Sheffield, but when it was announced that the 67th Eurovision Song Contest would be held in Liverpool, there were cheers ringing out from TV viewers from the Mersey to the Humber Estuary.

The contest came to the UK, who as runners-up in this year’s contest were offered the opportunity to host, after it was determined there was little or no chance of the winners, Ukraine’s Kalush Orchestra, holding the 2023 event in their war-torn country.

The European Broadcasting Union (EBU), which is working with the BBC and Ukraine broadcast officials, said the final of the contest next year will be held at the Liverpool Arena on Saturday May 13, with elimination semi-finals on Tuesday, May 9 and Thursday, May 11. The city was down to the final two to stage the contest, alongside Glasgow.

Vaughan Staples, the president of OGAE UK, which boasts the biggest Eurovision fan base among countries participating at the contest said: “It’s great to see Liverpool has been announced as host city for Eurovision 2023.”

The Huddersfield based president explained: “Not only a city with music that flows through its veins, its long standing twinning with Odesa and its commitment to showcasing Ukrainian culture as we host the contest on the country’s behalf, makes it the perfect city.

“The fan club is looking forward to working with the city authorities and the host broadcaster to ensure the world fans visiting the city enjoy the biggest party of their lifetimes.”

In congratulating Liverpool, the BBC’s Director General, Tim Davie, said: “The city will be an amazing host for the 2023 Eurovision Song Contest. Liverpool is such an exciting, warm and vibrant city.

“It’s also the undisputed capital of pop music and is celebrating the 65th anniversary of its twinning with the Ukrainian city of Odesa. I know the people of Liverpool will welcome Europe – and the rest of the world – with open arms, and in partnership we will create something truly special.”

The Mayor of Odesa, Gennadiy Trukhanov said: “It is a matter of great pleasure to know that the bid of Liverpool is successful.

“Next year all musical roads of Europe will lead there, and we are happy that not only the Eurovision contest will decorate Liverpool, but the city itself will adorn the event too. All of Odesa is looking forward to literally hearing from you."

Mykola Chernotytskyi, head of Ukraine’s public broadcaster said: “It is symbolic that the 2023 Eurovision Song Contest will be held in Liverpool, a twin city of Odesa. The organisation of a contest of this level sets super demanding requirements.

“I am confident that the city recognised as the capital of pop music will meet them in the best way and will deliver the celebration of music that will amaze both delegations and fans of Eurovision.”

Next year’s contest is expected to attract an even bigger global TV audience than the 160 million people who tuned into this year’s contest from Turin.

The Mayor of Liverpool, Joanne Anderson, said : “I’m over the moon that Eurovision is coming to Liverpool. This is a massive event and the eyes of the world will be on us in May, especially those of our friends in Ukraine. Now begins months of work to put on the best party ever. Ukraine you have my promise we will do you proud.”