Mackinnon & Saunders: 30 Years And Beyond 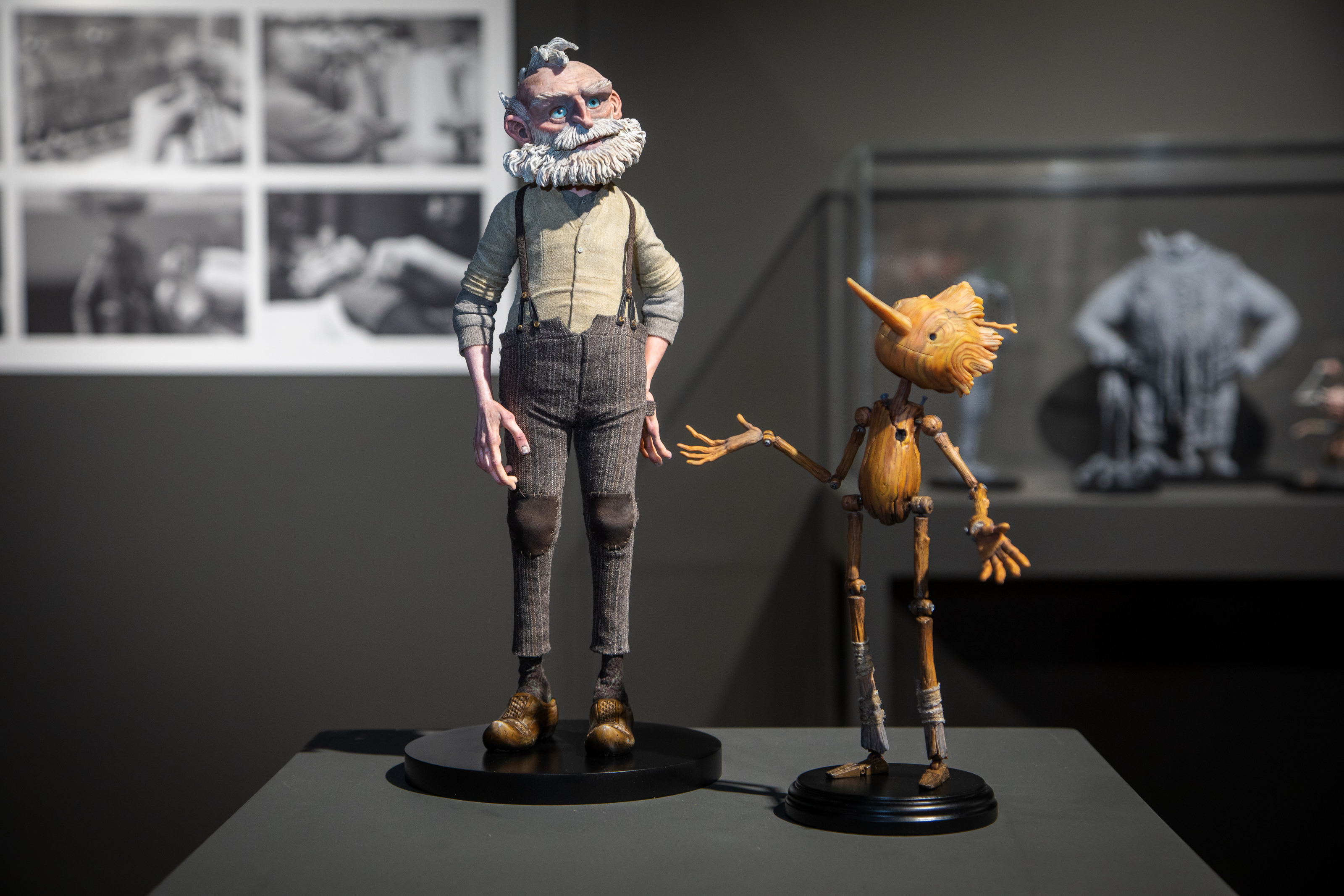 Internationally renowned, Altrincham-based animation studio - Mackinnon & Saunders - celebrate 30 years in the business with a brand new, free exhibition at Waterside’s Lauriston Gallery. Running from Saturday 19 November to Saturday 25 February 2023, Mackinnon &Saunders: 30 Years and Beyond will showcase a rare selection of original puppets, images and models they have created for many TV shows and film productions over the years for some of the world’s most successful studios, directors and filmmakers. The exhibition follows several record-breaking animation displays at Waterside including Postman Pat: Welcome to Greendale and Cosgrove Hall Films.

Going on display for the very first time will be an original puppet and models made by Mackinnon & Saunders for the soon to be released Guillermo del Toro feature film, retelling the story of Pinocchio. This will mark the Oscar-Winning director’s stop-motion animation debut and will be streamed on Netflix later this year.  Displayed alongside these gems will be puppets and models from the current Netflix hit animation feature The House. Paying homage to their longstanding working relationship with Hollywood director, Tim Burton, several puppets and models they made for two of his films, Corpse Bride and Frankenweenie will also be in the exhibition as well as work from their contribution to Wes Anderson’s acclaimed Fantastic Mr Fox. Childhood favourites – Raa Raa the Noisy Lion, Twirly Woos and even Bob The Builder himself – will also be on display. This inspiring and exciting exhibition is a wonderful celebration of the depth, diversity and range of work from one of the UK’s best loved and most successful animation studios and modelmakers. It is also offers a rare opportunity for animation lovers to see original models and puppets from some of the biggest tv shows and films from the past 50 years.

Running in partnership with Manchester Animation Festival – this exhibition will also feature aseries of black and white behind-the-scenes photographs to celebrate the vision, skill and artistry of the local animators and model-makers who have brought these iconic characters and wonderful stories to life – connecting with audiences from all over the world with their model-making and animation production skills.

Ian Mackinnon and Peter Saunders began working together in the 1980s at one of Europe’s largest animation companies, Cosgrove Hall Films – also Manchester based. Together they pioneered new techniques in puppet making on productions such as the BAFTA-winning The Reluctant Dragon and Emmy Award-winning The Fool of the World and The Wind in the Willows. At the start of the 1990s, Ian and Peter left to form their business partnership and became joint CEOs of Mackinnon and Saunders. In 1995, the business expanded internationally when director Tim Burton asked them to design and construct the Martian characters for his feature film, Mars Attacks! Subsequently the duo set up a design studio in LA to make animation puppets and life-sized Martian characters for the film, and increased its Manchester based team from 5 to 45. Following on from the success of this collaboration, Burton asked Mackinnon and Saunders to create the puppets for Corpse Bride.

At the time, Burton said of the company “...there was no question in my mind that these were the guys to do it...They do such beautiful work, very sensitive and textural; you really do believe the characters are alive.”

The fabulous furry puppets for Wes Anderson’s Fantastic Mr Fox were created in the Mackinnon and Saunders workshops in 2007 and in 2009, Mackinnon & Saunders collaborated with Tim Burton again, working closely with the director to create the characters for Frankenweenie.

In 2013, they were presented with the Bradford Animation Festival Lifetime Achievement Award and in the same year, they received a special Judges Award from the Royal Television Society North West.

The Mackinnon & Saunders studio production team received a BAFTA nomination in 2014 for Best Children’s Pre-School animation of Postman Pat SDS™, produced for DreamWorks Classics. The following year, Ian and Peter received Honorary Doctorates from Staffordshire University in recognition of their special contributions in the field of stop motion animation.

Together they, and their team, have been responsible for creating countless numbers of puppets and animations and, during the life span of the company, have employed hundreds of talented artists from around the North West, the UK and abroad.

Peter Saunders says: “If Mackinnon & Saunders have achieved anything as a company it is because of the talent, hard work, loyalty and good humour of all the people who have come to work with us over the years. Ian and I are indebted to each and every one of them. We are also indebted to all the creative people who have entrusted us with their projects, and we hope we have done justice in bringing life to their vision.”

Richard Evans from Creative Industries Trafford and the Cosgrove Hall Films Archive, says: “It’s an honour to showcase Mackinnon & Saunders’ amazing legacy at Waterside. The company has an exceptional record of creating characters and stories loved by audiences all around the world. Peter and Ian have also been key supporters in developing the Cosgrove Hall Films Archive at Waterside - their dedication to the craft of animation helps us to reach new audiences, engage communities and inspire new generations of animation talent.”

Cllr Joanne Harding, Trafford Council’s Executive Member for Culture, Leisure and Strategic Partnerships, says: “Mackinnon & Saunders are based in Trafford but help to create work of a magnificent standard all across the world.  We are extremely proud to be home to Mackinnon & Saunders and the nationally significant Cosgrove Hall Films Archive, now based at Waterside in Sale.” ‍

All images are from the exhibition (Credit: Waterside)