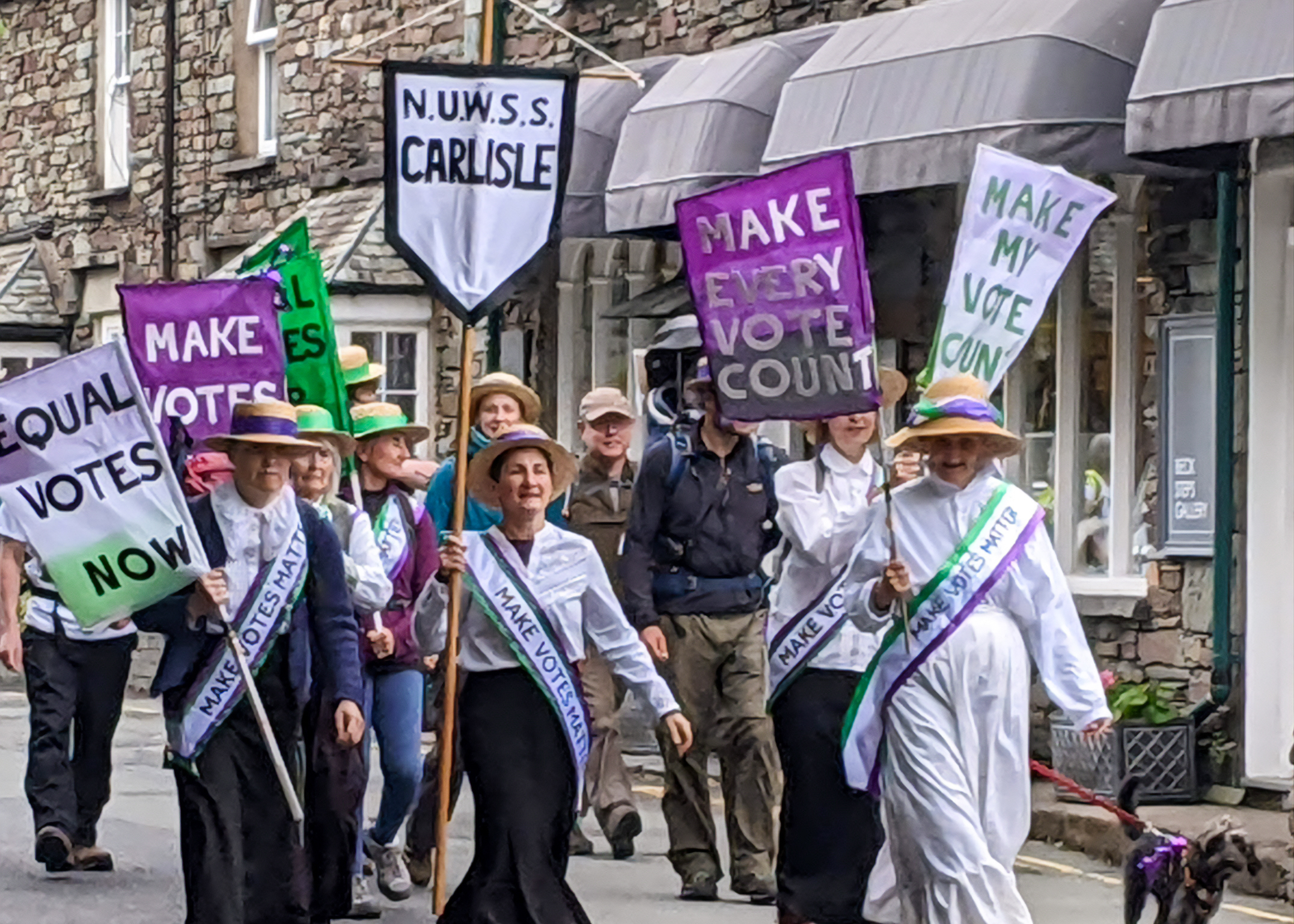 Make Votes Matter (MVM) North Lancashire, a local campaign group, completed their 6-day walk from Grasmere to Preston on Saturday 11th June. The 2022 ‘Equal Votes Walk’ followed the north-west route of the 1913 Great Pilgrimage march for Votes for Women, to celebrate the achievement of the suffragist movement, and raise awareness of the need for further reform of the UK voting system.

MVM North Lancashire are calling for the introduction of proportional representation (PR) in General Elections, so that each party’s share of seats in Parliament matches the share of votes it wins. This is already in place in Welsh and Scottish parliamentary elections.

David Burton, who attended the rally commented, “It was heartening to hear political activists from different parties agreeing on the need for a fairer voting system. I’m tired of having to vote tactically, for the least bad option, and I look forward to one day being able to vote with a more positive mindset”.

The walkers, many of them dressed as suffragists and carrying banners, arrived in Winckley square, Preston at around 3.15pm on Saturday 11 June, where supporters greeted them enthusiastically with a round of applause. Members of other MVM groups from Cumbria, West Lancashire and Yorkshire joined in the event, too.

The Preston People’s Choir sang six rousing songs, some written or arranged by the members of the choir, and the rally ended with everyone singing along to a well-known pop song with lyrics adapted to fit the theme of the day.

This rally was part of the Make Votes Matter national day of action ‘Get Moving for PR’ which encouraged groups around the country to walk, run, cycle or even (in Cambridge) punt to raise awareness of PR in their areas.