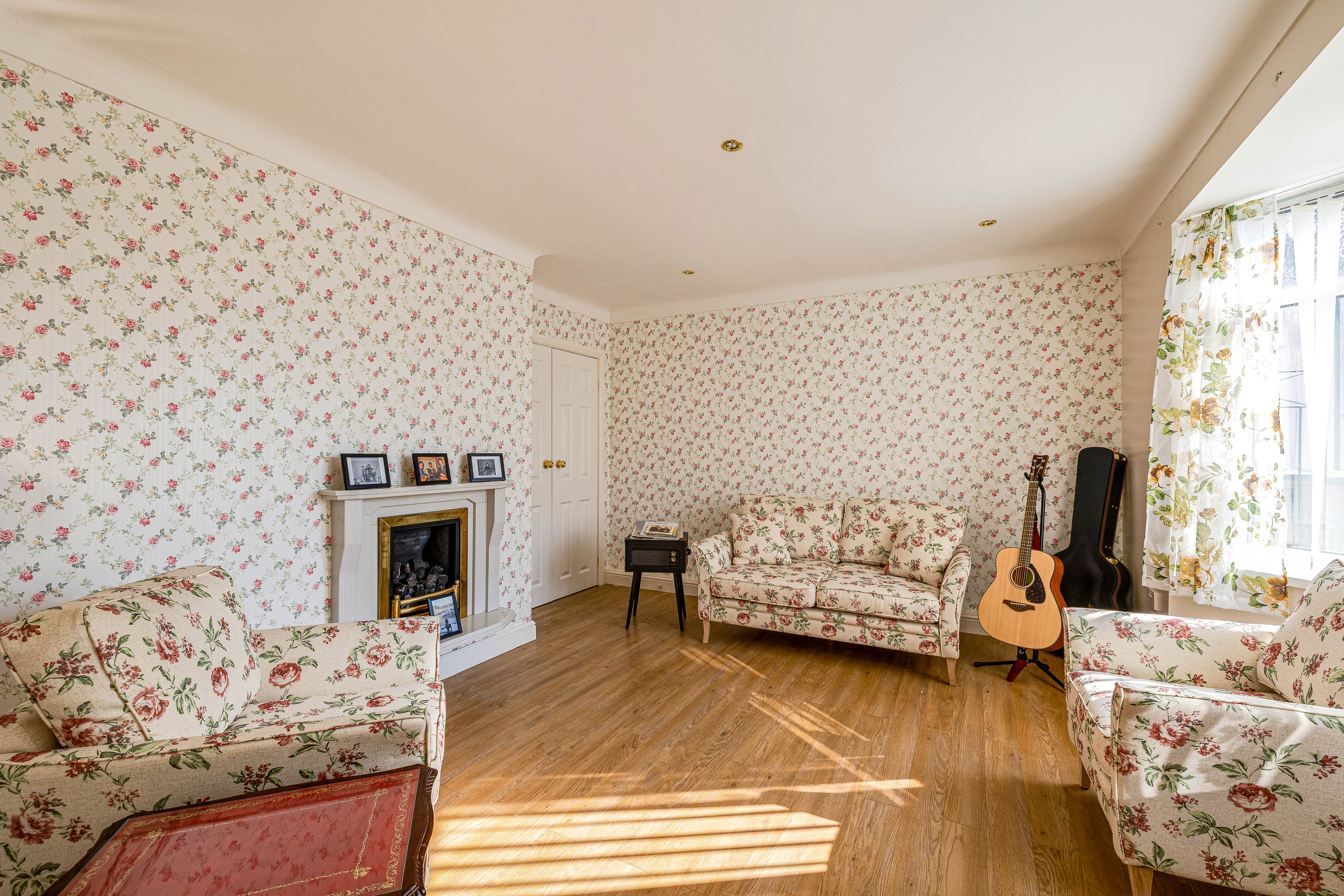 For a northern destination steeped in culture, it’s difficult to better Liverpool. Whether you’re a fan of Lutyens and Gibberd’s Metropolitan Cathedral, or it’s some Knotty Ash Tickling Sticks you’re searching for, the city to set course for, stands proudly on the River Mersey and for eons has been a crucible of art and heritage.

The list of attractions, destinations and down-right cool things to do for any of us jumping off a train at Lime Street, or motoring excitedly down the M58, is endless, but for one enterprising New Hampshire resident (yeah – that New Hampshire – on the other side of the pond), A once in a lifetime chance to turn a former childhood home of one of The Beatles, into a boutique bed-and-breakfast, was an opportunity not to be missed.

48 year-old Ken Lambert, who knows a thing or two about real estate – and is quick to confirm that Mr Harrison is his favourite Beatle, stumbled on a U.S. news item in the autumn of 2021, about the planned sale at auction of 25 Upton Green in Speke.

Almost without considering the impact of success, Ken was seized: "I decided to place a bid on it. I wasn’t necessarily thinking I would win. But I wanted to put a bid on it and try."

It wasn’t until the auctioneers gavel went down that it really dawned on him what he’d done: “The house was pretty good, better than maybe people would think. It was in good shape and it was totally vacant." Ken has visited the property and the city a number of times since his £171,000 purchase, but is managing the project largely remotely, with a team of Merseyside experts to help.

Almost immediately the idea of transforming the unassuming house into a ‘must-stay’ Airbnb destination became the aim. Although George Harrison was born at 12 Arnold Grove, he moved with his family into the terraced house at 25 Upton Green in Speke in 1949 when he was six years old, and stayed there until success called in the 1960s. It was during his time at the house that George met Paul McCartney and John Lennon, and the three held some of their first rehearsals there after he had auditioned for Lennon and McCartney’s skiffle group, the Quarrymen.

On February 9th, 1961 – The Beatles made their debut at The Cavern Club in Liverpool– and the rest is history!

Ken and his team have been painstaking in their restoration. The three bedroom former family home still bears some of the period features from when the Harrisons were residents, including bath, sink, some original doors, wardrobes and outbuildings.

Ken explains what’s on offer for potential over-nighters: “They can sleep in George's former bedroom. The living room of the property has a retro feel with floral wallpaper and a guitar that guests can play in the same room where George, Paul and John rehearsed."

In addition to the authentic ‘feel’ of the décor, there are images of George growing up and also of The Beatles performing, dotted around the house.

And if passing a leisurely evening in this historic pad isn’t enough, the property also features as part of a ‘Fab Four Taxi Tours’ excursion once a week (currently on Wednesdays). The tour is one of a number of Beatles-themed tours offered by one of the North of England’s greatest tour companies and allows very special access to other Beatle homes, in partnership with The National Trust.

So, if you’re not keen on booking Sonny & Cher’s bungalow in the trees, then ‘There’s a Place’ closer to home, where you’re encouraged to ‘Twist and Shout’ and you can check-in ‘Anytime At All’. All you need is ‘A Ticket To Ride’. [Editor: Stop now. You’re fired].

John Lennon’s aunt Mimi apparently once advised: “A guitar’s all right, John, but you’ll never make a living out of it.”