Brian Glover sings John Cooper Clarke and Half Man Half Biscuit and you're somewhere near. Apparently.
Colin Petch.
August 1, 2022 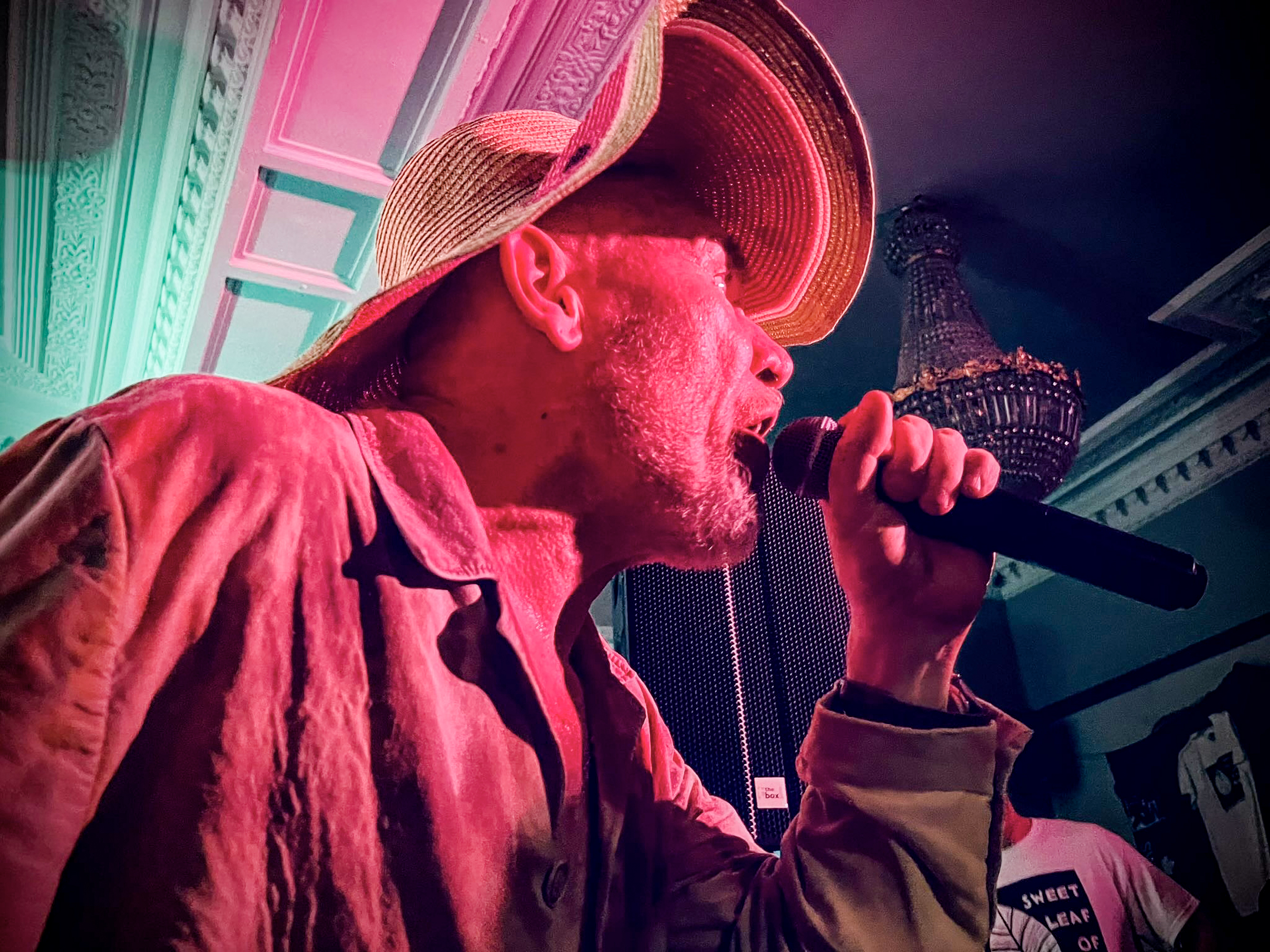 Otley is a rather special place. Nestled at the foot of ‘The Chevin’ in Wharfedale, it’s not only the birthplace of cabinetmaker Thomas Chippendale – and from where the millstone grit used to build the Houses of Parliament was extracted – but this Yorkshire market town has also been something of a creative and musical crucible for years.

We should probably gloss over the fact that Jimmy Saville would only buy his bicycles from Chevin Cycles – and maybe quickly point out that Tony (Tequila: It Makes Him Happy) Wright, now distributes artisan coffee from his Post-Terrorvision HQ at ‘Bloomfields’ on Gay Lane.

If you want more bona fide music credentials… Otley even has an incredibly appealing GP, who spends her evenings entertaining Jazz aficionados in some of the coolest clubs in the North!

However: we’re here to talk about the OTLEY LIVE MUSIC WEEKEND which for the past 3 days, in 11 venues across the town: has brought fantastic acts including Commoners Choir, the brilliant Sinead Campbell and The Fabulous Mustard Brothers, to perform intimate and usually sold-out gigs for fans of every persuasion.

Otley Music Alliance, together with local partners, are behind this annual festival that is just superb.

It has to be noted too that every gig venue is no more than 100 metres from an outstanding Fish & Chip eatery (there are several in the town), so could you ask for more? (That’s a rhetorical question.)

For Mag North, it was all about Mik Artistik’s Ego Trip, who delivered an unbeatable set, upstairs in The Black Horse on Friday night. This trio of musicians, led by Armley’s favourite son Mik Artistik centre-stage – and with guitarist Jonny Flockton and bassist Sam Quintana providing the assured ‘cool’ on either side, arrived on stage to rapturous applause and cheers from a sell-out crowd, following a unique ‘warm-up’ from Consultant Laughologist Dr Palfi.

It was straight in to ‘David Bowie Was A Funny Man’ and it was clear that ‘the man who sold the world’ had some fellow ‘Donny’ compatriots in the crowd, because during the song, when it was pointed-out that Bowie’s heritage is linked to the South Yorkshire Minster Town, there were appreciative cheers in the room.

Next came ‘Big Bloody Armchair’ and while Artistik was relishing freewheeling down Briggate in it, I was worrying that any minute he was going to hit a pensioner or a PCSO. I guess that’s why he’s on the stage – and I’m in the audience?

A lovely characteristic of the band seems to be their smiles – and they all smiled throughout their set. Artistik could probably stand and read from the phone book while Sam and Jonny grooved away next to him and the room would still be enveloped in a sense of warmth and joy, but instead the music kept coming, to the delight of the crowd.

Clad in an artist’s jacket with ‘Bank Z’ graffitied across the back – together with a cap that you might get for playing cricket at Headingly, Artistik interspersed ‘Betting Shop Pens’ and ‘Library’ with some impressive freestyle rhyming.

There was an unexpected moment of hard reality with ‘Bullying Son’: This tale of Toxic masculinity and the concerns of the parents was just too real and gave me a shiver, as I thought about the inspiration behind the heartfelt words.

Thankfully ‘Car Bus Sound’, ‘Dad Muscles’ and ‘Fat Rock Singer’ restored the equilibrium and the first half ended with the room dancing and clapping to the witty and joyous observations, stitched together to become songs you want to listen to again and again.

So how do you categorise Mik Artistik’s Ego Trip? What’s the genre? Is it punk with poetry? I’m not sure anyone really knows. What it is: is real. It’s about Northern identity. About confirming that lots of us are feeling the same way about the big – and little things that impact our everyday lives.

The second half of the evening had a wandering openness to it. After ‘Landline’ came the love letter to ‘Glastonbury’, which even if you’ve never considered a festival, might just make you sign up next year.

An Ego Trip gig doesn’t appear to be only a straightforward concert heading outbound to the audience – it also seems to be an energising confirmation to the band that what they’re doing matters. And it does.

Artistik’s joy is obvious as he holds the crowd in the palm of his hand, while repeatedly knocking out a few simple chords on his keyboard.

This isn’t shtick: it’s a movement. From teenagers to nonagenarians, the room was filled with love, humour and positivity, with Mik Artistik conducting us all – sometimes with a look of wonder on his face.

The evening would not have been complete without ‘Sweet Leaf Of The North’ and it was clear by now that there were numerous Ego Trip regulars in, as they joined in to belt out this celebration of making it to London and back to Leeds in one piece.

Mik, Johnny and Sam supplied an unforgettable summer’s evening in Otley. A cathartic moment. A confirmation that if we stick together, we might just be okay.

Next up for the band in August are three gigs in the south: In Avon, Hampshire and Devon. While it might be too convenient to make comparisons with the West Country’s Wurzels, Mik Artistik’s Ego Trip bring a reality and ‘edge’ with their storytelling, that you don’t necessarily get from driving your tractor through a haystack.

Thankfully they’re back in the North for Solfest (Cumbria) on 28th August, followed by gigs in Keighley, Northwich and Doncaster in October.

Full details and tickets are here