Murder, mystery, ghosts and Shakespeare in a Yorkshire village 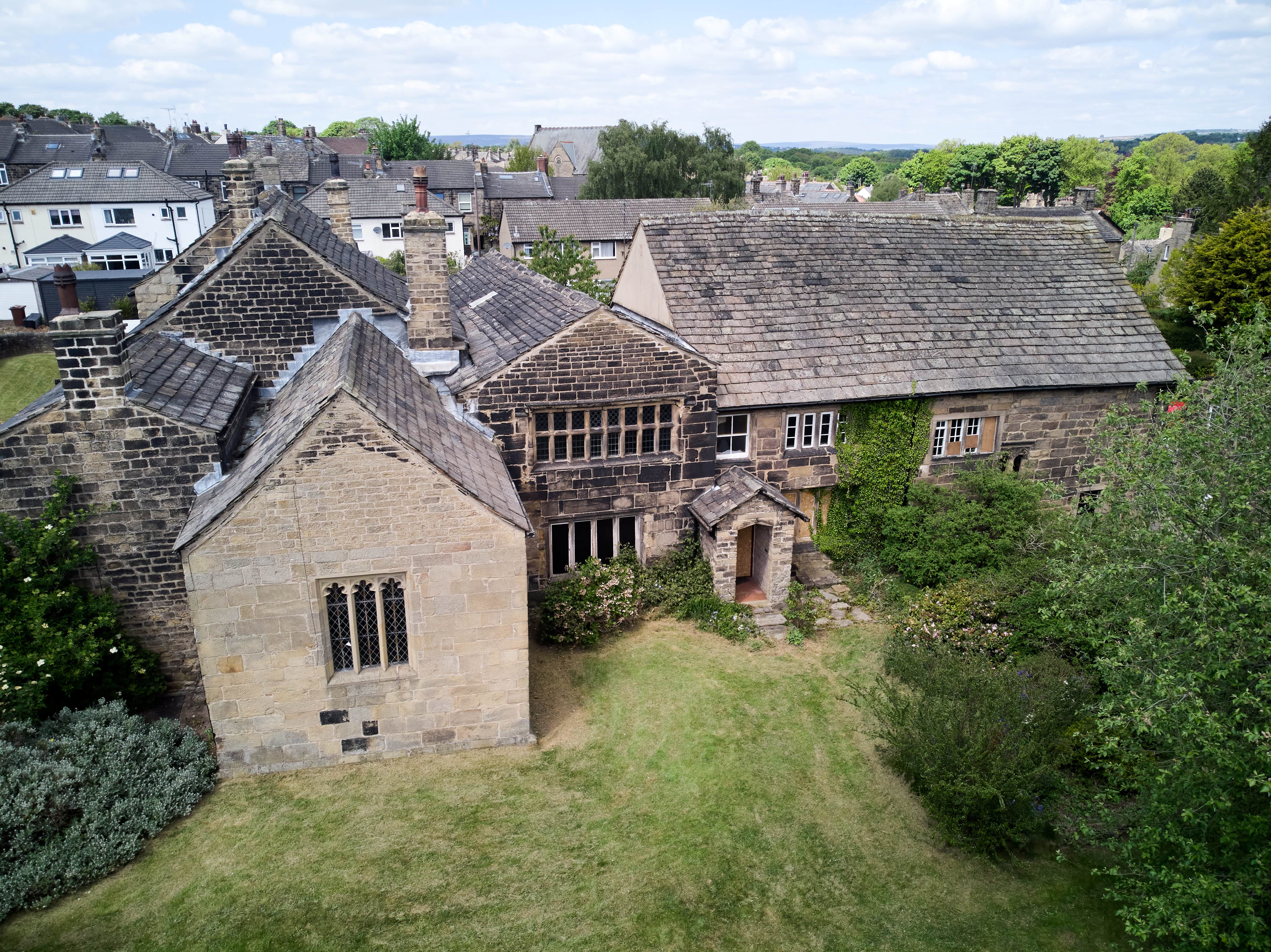 It’s said the ghost of Sir Walter Calverley gallops through the local woods on his black horse, brandishing a bloody dagger with which he had murdered two of his sons. Mind you, there are three pubs in the village, so folk do think they see a lot of things after a night out.

What is beyond doubt, though, is that in 1605, Sir Walter, owner of the then 300-year-old hall in the village of Calverley near Leeds, had a funny turn and murdered the lads, aged four and 18 months. He threw their nanny down the stairs and stabbed his wife, leaving her for dead, though she was saved by her sturdy bone corset. He we would have murdered his baby son, who was with a wet nurse elsewhere in the village but was foiled after his horse stumbled and fell on him, and pinned him down to be found by his pursuers. He was tried and pressed to death, exclaiming ‘a pund or more weight, lin on, lin on!’, defiant to the end.

His home, now called Calverley Old Hall, became grander over the centuries, then less grand as buildings were added to make it a farm, which burned down and made it a tumble-down wreck before being fixed and offered as homes, then holiday rentals, then a wreck again. It is a grade 1 Listed Building, but also appears on the Heritage At Risk Register, but thanks to a £1.6m grant from the Lottery Heritage Fund it will enjoy a new life, with the prospect of hosting guests from all over the world.

The Hall was bought by the Landmark Trust in 1981. The charity buys and renovates historic properties, offering them as holiday lets. While the historic parts of the hall, which include the great hall, solar and chapel remained near-derelict since then, the newer cottages were ripe to be converted into holiday lets for visitors to enjoy a few days in Calverley.

Unfortunately the hall continued to deteriorate, with the roof leaking and thieves helping themselves to the valuable Yorkshire stone. This led to the Trust taking a leap of faith and appointing architects to restore it and make it a place the locals could be proud of. The plans create luxury living space for ten people and a community resource in the chapel, which will be made available to local people. However this could only go ahead with substantial Lottery funding.

The Lottery Heritage Fund said yes and subject to the Trust raising another £77,000, it will receive its first guests in a couple of years. In the meantime, work on the hall has uncovered treasures. Incredibly rare Tudor wall paintings were uncovered beneath the 20th century lath and plaster - and these are currently being restored.

Along with the building work, the Trust has taken part in the Department of Work and Pensions Sector-Based Work Academy Programme which helps re-train or develop their skills ready for work. It also takes part in Heritage Open Days and holds open days to show off progress, there have even been re-enactments , though the play about Sir Walter’s murderous actions has yet to make its modern-day debut. A Yorkshire Tragedy – Not so New as Lamentable and True was published in 1608 under the name of a certain William Shakespeare. It’s no Hamlet, in fact it’s no Shakespeare, so there’s another mystery to add to the story of Calverley Old Hall.