It is quite wrong to describe Little Amal as a ‘puppet’. This little girl is a 3.5m tall, 10-year-old, Syrian refugee. She is also an international symbol for human rights.
Colin Petch.
June 21, 2022 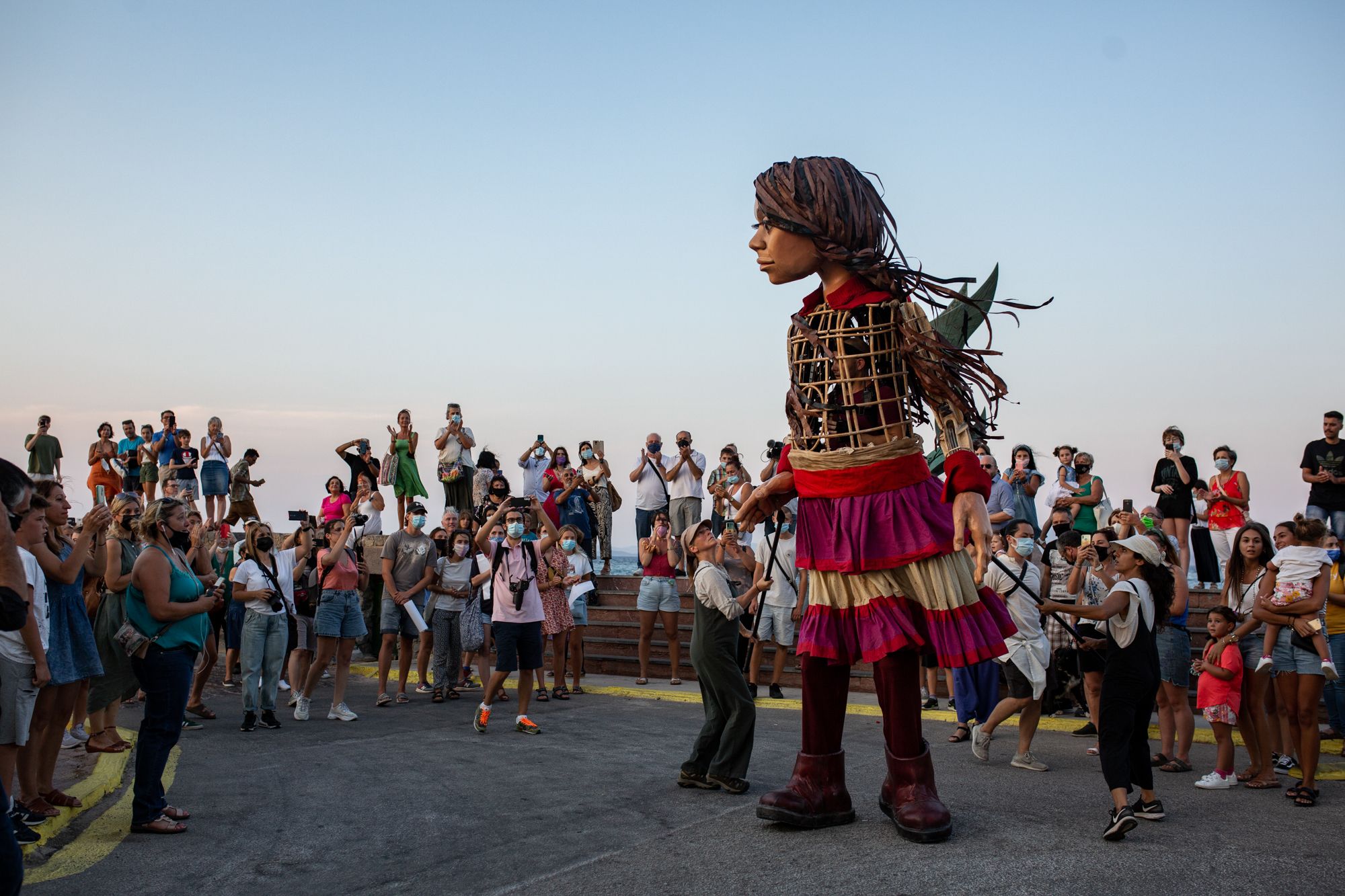 During this World Refugee Week, Amal is making lots of new friends across the North, before heading to Birmingham, Cheltenham, Bristol, Stonehenge, London, Canterbury, and Folkestone.

On Sunday 19 June, Amal joined thousands of others as the ‘Manchester Day’ celebrations returned after a pandemic hiatus. It’s a very special day, that brings together the diverse communities across Greater Manchester – all of whom love their city. Last year, after walking her now celebrated 8,000km journey from the border of Syria and Turkey – and visiting hundreds of communities across Europe – this inspirational little girl and her message from all displaced children: "Don’t forget About Us”, arrived in Manchester, her adoptive home, in November.

Championing the power of art and shared humanity wherever she goes, her walk team and creators ‘Handspring Puppet Company’ (the same organisation who brought Michael Morpurgo’s Joey to life for theatre’s War Horse), are back this week with ‘New Steps New Friends’. Her walk has themes of human resilience and the power of ‘beginning again’ after trauma.

It’s been five weeks since her visit to the city of Lviv in Ukraine, but Amal’s message of resilience and hope for anyone who has been forced to leave their homes, is as vital today as it has ever been.

On World Refugee Day, (Monday 20 June), Amal first visited Bradford, one of the most culturally diverse and youngest populations in the United Kingdom. She then headed with gifts from the children of Bradford to visit children in Leeds, where she explored the city centre in the evening sunlight with her new friends.

On Tuesday 21 June, Amal headed to Liverpool to learn about England’s complex history of migration at the city's docks, a place of arrival and departure for hundreds of years.

“As the invasion of Ukraine began, the whole world, governments and citizens, proved that when we’re willing to respond to the urgent needs of refugees we can accomplish astonishing feats of compassion and generosity. New Steps, New Friends, Amal’s Walk through England will remind us that, if we choose, we can welcome and care for all refugees, regardless of their skin colour, their religion or their background.”

The reception in the North has been remarkable – but at the same time, typical of Northerners. Different ethnic and faith groups from across our region have joined together to celebrate the achievements of Little Amal and her team – and also carry forward her message.

To have the opportunity to walk with her and absorb some of the atmosphere of hope and goodwill that surrounds her, has been an honour for us at Mag North.

‘The Walk’ is produced by David Lan, Tracey Seaward and Stephen Daldry for The Walk Productions in association with the Handspring Puppet Company and led by artistic director Amir Nizar Zuabi.