This October half-term – it's time to marvel at the night-time jewels in our Northern sky
Mag North.
October 17, 2022 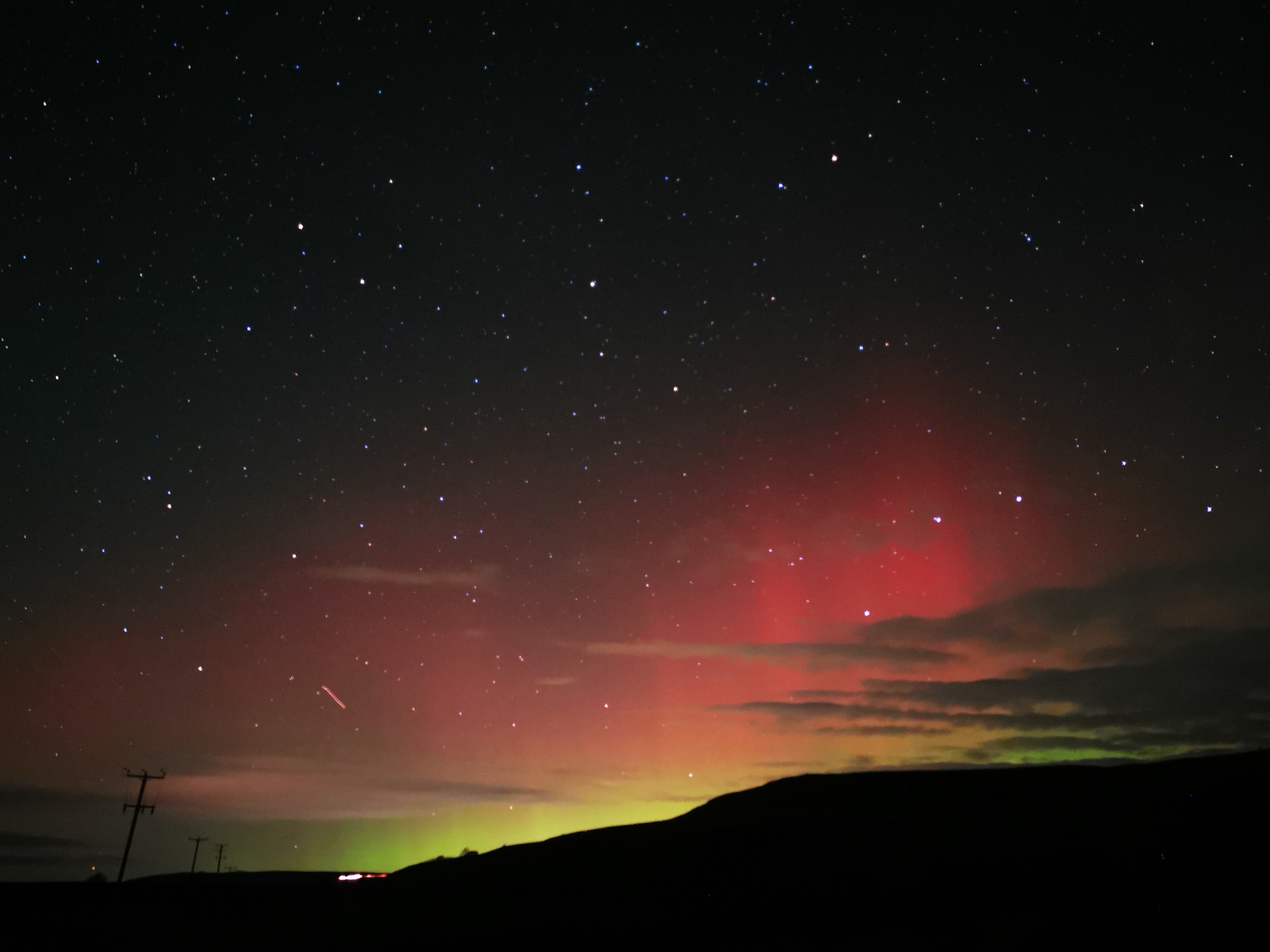 How about shunning the indoors this half term and heading to the North York Moors and Yorkshire Dales National Parks’ Fringe Dark Skies Festival (21-30 October) to make the most of one of nature’s greatest spectacles, the night sky?

We've got no full moon muscling in on the starry skies this week, so there’s a greater chance of seeing shooting stars as the start of this year’s Fringe Festival coincides with the peak of the Orionids meteor shower on 21 October.

Festival-goers can enjoy a star safari in the company of astronomy experts like Astro Dog at Dalby Forest; the Whitby & District Astronomical Society at the Fox and Hounds in Ainthorpe; or Large Outdoors at Danby in the North York Moors, to increase their chances of watching this night time wonder.

In Hawes on the 25 October, Go Stargazing will be providing a guide to those witnessing one of astronomy’s rarest events: the partial eclipse of the sun by the moon.

There are light spectacles of a different kind at some of the best-known historic landmarks in the county. For instance at Bolton Abbey near Skipton, artist Luke Jerram’s acclaimed Museum of the Moon installation will be suspended in the Priory Church enabling visitors to admire the 7-metre diameter sculpture which features detailed NASA imagery of the lunar surface.

Meanwhile at the North Yorkshire Moors Railway visitors can hop on-board a steam train adorned with thousands of lights for an energetic, music-filled trip between Pickering and Levisham.

Over on the coast Whitby will have a distinctly Halloween theme with the gothic Abbey ruins dramatically illuminated and Dracula’s 125-year history brought to life.

The Halloween theme continues with fearsome thrills along the spooky trail at Dalby Forest; a creepy cosmos immersive show in the newly opened planetarium at the Lime Tree Observatory in Nidderdale; and fancy dress cycle rides near Hawes.

Nocturnal wildlife plays a starring role during the Festival with Tees Valley Wildlife Trust, as well as rangers at Keldy and Cropton Forest showing nature lovers why dark skies are so important to the likes of hedgehogs, bats and deer. There’s also the opportunity to have close-up encounters with owls as well as learning how to photograph them at the National Centre for Birds of Prey in Helmsley.

Walking at twilight and night time provides a fresh perspective on the countryside, particularly as people’s senses become more attuned to noticing sights, sounds and smells when daylight fades.

There are plenty of chances for festival-goers to experience this by joining guides as they walk under a canopy of thousands of stars within the International Dark Sky Reserves of both National Parks, whether it’s in the Cleveland Hills, across Sutton Bank, in the foothills of Ingleborough, the second-highest mountain in the Yorkshire Dales, or revelling in a sensory walk in Dalby Forest.

Even those who can’t travel to the National Parks can still be involved with the Festival as there will be a number of online events including Richard Darn holding a Beginner’s Guide to the Night Sky; a telescope workshop run by Go Stargazing, and live space-themed experiments and craft activities run by The Space Detectives.

This will be the third year that the Dark Skies Festival has been a biannual event, reflecting the continued popularity among visitors. Despite some adverse wintry conditions during this February’s main Festival, more than 5,000 people still attended the 100-plus events, many of which were sold out. The National Parks estimated that the Festival had generated more than £200,000 of valuable income to the businesses and organisations involved.

For more information and booking details for the Fringe, go to Dark Skies Festival