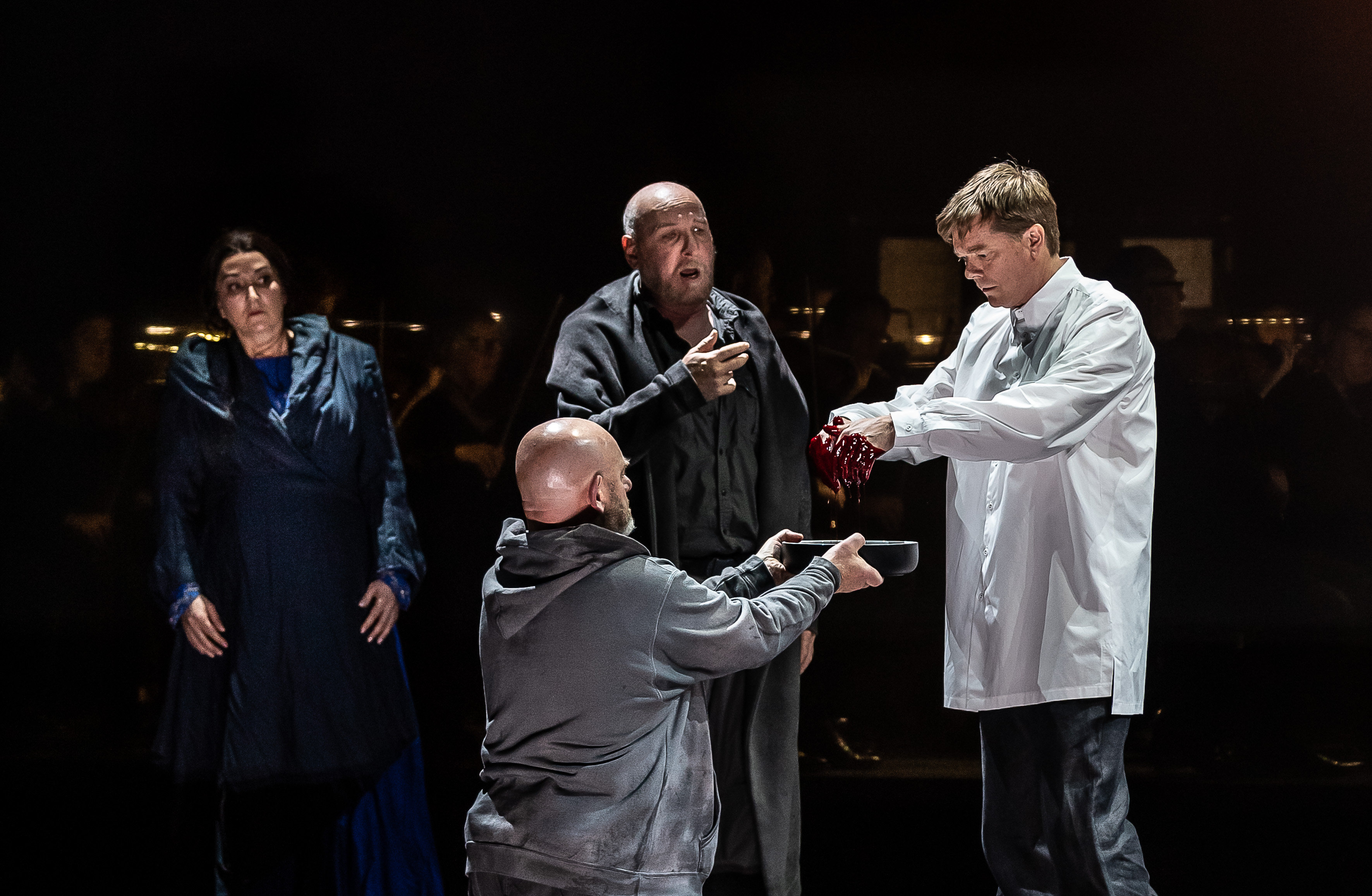 Amfortas, ruler of the Kingdom of the Grail, has suffered an incurable wound, after losing the Holy Spear to evil sorcerer Klingsor. When a prophecy reveals that only a naïve young man who has learnt compassion will be able to heal Amfortas, Parsifal must embark on a quest to save the community of the Grail.

Parsifal opened with an achingly beautiful 15-minute orchestral prelude (or overture). Out of silence, a simple melody emerged, played by unison strings, and seemed to hover there — it was difficult to pinpoint where the beat was, which created a sense of otherworldliness. Several minutes in, the brass took over, adding grandeur and nobility.

Many of the opera’s leitmotifs (recurring musical themes that represent objects, people or ideas) are introduced right from the get-go —those associated with the Grail and the Spear, and also abstract ideas like sorrow and faith: “the prelude contains all that’s needed and it all unfolds like a flower from its bud” (Wagner).

By the prelude’s close, the audience had already been totally drawn into Parsifal and its sound-world.

Amfortas’ lament in Act I, is a famous tour de force for a dramatic baritone. With the knights assembled for Holy Communion, their King, Amfortas, grieves that it falls to him to uncover the Grail when, as the only sinner among them, it causes him so much pain.

You could hear his shame and torment in the music — the restless string rhythms and shifting harmonies always searching for resolution.

Kundry’s aria in Act II: ‘Ich sah das Kind’ (I saw the child), through which she attempted to seduce Parsifal was transformative. Cunningly, she knew that the way to make him most vulnerable was to use memories of his beloved mother and early childhood (yes it’s a bit odd!)

As such, it contained music of great tenderness in slow 6/8,the traditional time signature of a lullaby. It also had a hazy quality, seemingly in danger of losing its tonal centre with a vocal melody that wandered, pulling both Parsifal and the audience into a dreamlike state…

By Act III, Parsifal had made his way back to the Castle of the Grail and exhausted, he rests in a sunny meadow. He notices how beautiful nature is and is told that this is because of “Good Friday’s Spell” — a moment of transfiguration in which the world is renewed.

What followed is known as the ‘Good Friday Music’, and with the vocal lines removed, it is often performed as a stand alone orchestral piece. The music is peaceful but always searching, evolving and building. Many of the leitmotifs returned, including the fanfare-like theme that represents Parsifal himself, but most important is the ‘flower meadow motif’, which was played by the oboe and painted the colours and scents around him.

N.B. according to his autobiography, the idea for Parsifal came to Wagner on a sunny Good Friday in 1857.

The Finale: The final five minutes of Parsifal are totally transcendent — and worth the wait. Over the celestial sound of harps, we heard the motifs associated with the Grail and the Spear finally united in one ascending line, followed by the sound of the distant chorus, who sing the opera’s final line “Erlösung dem Erlöser” (Redemption to the Redeemer).In the shimmering last moments, the music goes through a vast array of keys — a long circle of fifths leads upwards, carrying the audience into exalted places. Finally, we arrived at Parsifal’s ultimate resolution, and have somehow ended up in the same key in which the opera began…phew!