Mag North learns how one literary dynasty are working to restore Cumbria and the North West as the home of Romantic poetry.
Mag North.
April 17, 2022 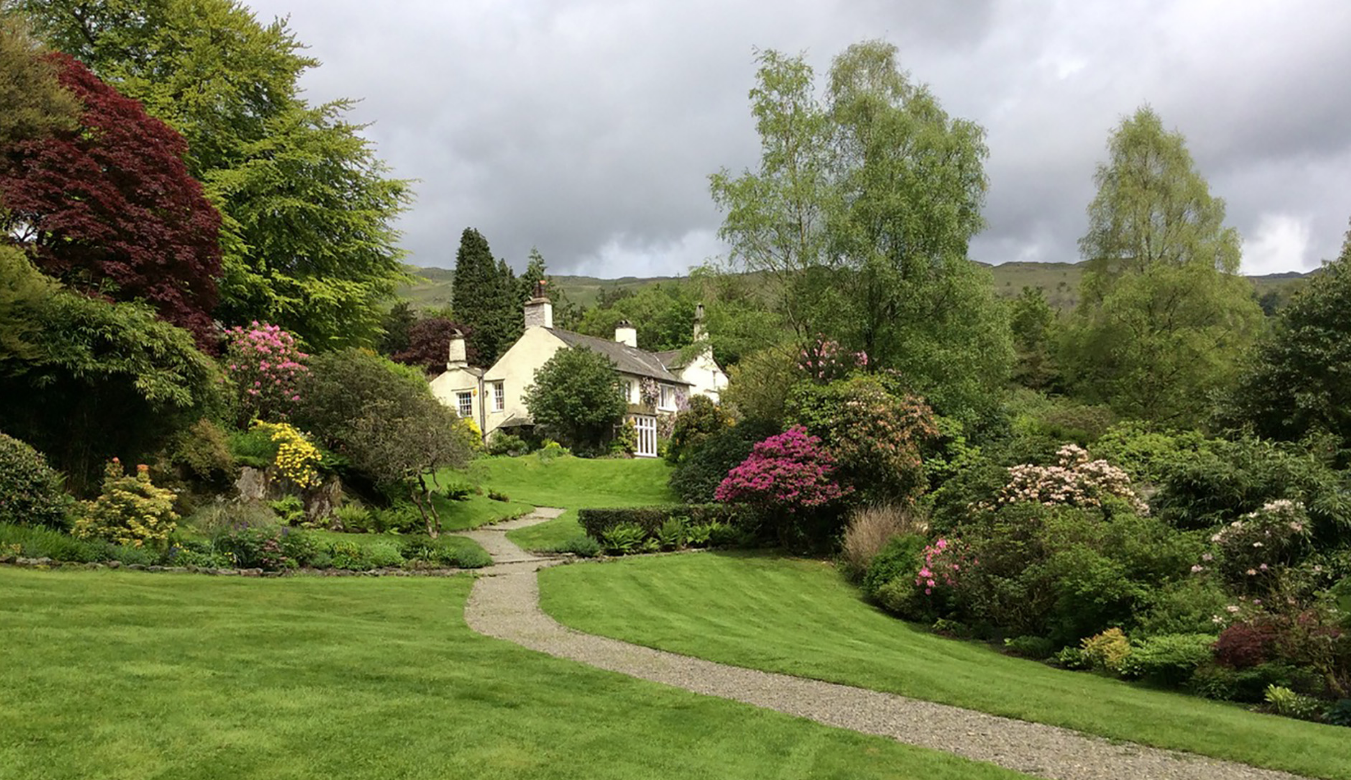 It seems hard to believe now, when poetry has become a marginalised art form. But 200 years ago it was said that that everybody in Britain knew that the Prime Minister lived at 10 Downing Street and that William Wordsworth lived at Rydal Mount.

The prolific genius, greatest of the Romantic poets, author of perhaps the world’s most famous poem, was also the people’s poet. He wanted to bring poetry into the life of the everyday and in doing so he became one of the most important social influencers of this time. He was also, as much of his work indicates, a pioneering environmentalist with immense relevance for our time.

Now the Wordsworth family, William’s descendants, who own that house at Rydal where he lived, are determined to bring his work back into the popular domain, and also to establish Rydal Mount as a centre for poetry, not only the study of what has been written but also to encourage new poetry and creativity, with the messages of sustainability and environmental concern at its heart.

They have launched a new project, Poetry North West, with plans to re-invest RydalMount with the literary and creative buzz it deserves. “This is an ideally appropriate centre for our ambitious plans,” says Christopher Wordsworth Andrew, the poet’s great great great great grandson. “We believe Rydal Mount can once again become synonymous with poetry, its creation, its performance and its study."

”William Wordsworth moved to Rydal Mount in 1813 and lived there until his death on April 23, 1850. His beloved daughter Dora died there, and in her memory William planted the daffodils which return every year in Dora’s Field, just below the house, next to Rydal Church. The house became the focal point of the Romantic era and the disciples of romantic poetry, the Wordsworth family playing host to a ‘who’s who’ of the cultural elite, as well as members of the public, who were also made welcome and often had the chance to meet the poet.

He had rented the house, and it wasn’t until 1969 that the Wordsworth family had the opportunity to buy it, and open it to the public as a place of pilgrimage. Over the years they have accumulated many books, manuscripts and other possessions which had been largely unseen for more than 150 years. They have also been developing the naturalistic garden according to plans drawn up by William himself; he once said that if poetry had not taken over his life, he would have become a landscape gardener.

Under Christopher’s enthusiastic direction, the family had ambitious plans for a series of celebrations to mark the poet’s 250th birthday in 2020. They managed just one – a memorial service in Westminster Abbey – before the pandemic lockdown. But from that cloud came a remarkable and hugely popular silver lining when Christopher saw a way to mark the occasion virtually.

The project, Wordsworth 250, was intended to be a low-key, small-scale affair, a website hosting YouTube films of people reading William’s poems. “I emailed everybody in the family - there are around 50 direct Wordsworth descendants - and said, why don’t you all send me your favourite Wordsworth poems, recording them on your phones. I thought Wordsworths reading Wordsworth would be amusing."

”It was initially intended to be just a family memorial and the majority did get involved. “But then Stephen Fry heard about it, and he was keen to join in, and suddenly we found ourselves with dozens of celebrities reading for the archive, including Tom Conti and Hugh Bonneville.” A veritable host of actors and celebrities– along with members of the public who loved poetry - jumped at the chance to record their favourite Wordsworth poems, to build a living archive of his writing online.

Now the Poetry North West project will bring together and expand three strands of work which the Wordsworths have been setting in motion. The first is their poetry competition, the Rydal Mount Wordsworth prize for Young Poets, now in its tenth year. In that time, dozens of Cumbrian schools have taken part, and hundreds of poems have been submitted by young writers, on a distinct theme each year. The winners are celebrated on a plaque kept in the drawing room at Rydal Mount; the winning poem itself is framed and displayed for a year.

The plan is to expand the scope of that contest, initially across the North West and then ultimately across the UK, using the skills of Philip Wells, known as the Fire Poet. He and other members of the organising team aim to visit schools at the start of the contest, run poetry classes in schools, and then judge the entries and award thep rizes.

Says Christopher: “Philip has a gift of being able to bring poetry up-to-date, not only creating new poems ‘on the fly’ but also being able to talk directly with children and bring poetry to life. The North West of England contains some extremely under-privileged and disadvantaged areas and we want to broaden our reach to cover as many schools as possible. This would include special needs schools, hospital schools and also children in isolation. This can be done via Zoom, but we believe that actually visiting schools and working with the teachers to help where poetry is built into their syllabuses, will be a much more effective route.

”The Rydal Mount team also plan to host poetry days and creative workshops at the house for young people during the summer months. “We anticipate that this project will gain momentum over the years,” says Christopher. They also plan to reprise the Poet in Residence scheme which began a couple of years ago, and was also curtailed by lockdown. The first poet in post was Kieron Winn and they hope to invite him back to develop work already started. “We would like to put on a series of events around the Poet-in-Residence throughout the year,” says Christopher.

“This might include poetry readings and poetry workshops, to encourage the widest possible participation, spreading the net across the North West. And we would invite other visiting poets, aiming to represent a wide demographic, ethnic and socio-economic mix to encourage inclusion and diversity."

Alongside this, the Wordsworths want to develop the house at Rydal Mount as a centre for the study and appreciation of Wordsworth’s manuscripts. With their new curator Leo Finighan, and a strong connection to the University of Cumbria’s English department, they have been organising more formal academic study of this material, “not only the manuscripts themselves, and how to handle and deal with them, but also more academic study and discussion of Wordsworth, his poetry and his place in English literature,” says Christopher. “There is considerable interest from academic institutions in getting access to this material as well as bringing their students for exclusive access to the house and the material. We will be working with universities and other academic institutions to develop Rydal Mount as a centre for scholarly research.”

The house is also being used in other ways, to host a spring fair (following a successful Christmas event), to stage concerts in the gardens in summer, and to run expert-led workshops in sketching and cyanotype printing. The house can also be hired for weddings.

But poetry remains at the heart of the new project. Says Christopher: “Wordsworth’s poetry, especially that of the ground-breaking Lyrical Ballads, was purposefully written in the language of ordinary people. Not for Wordsworth the overly poetical writing of earlier generations, he wanted to bring poetry into the lives of everyone."

“We believe that poetry has become unpopular now because it is thought of as too complex or difficult to understand. So breaking down these perceived barriers, especially using the more easily understandable poetry of Wordsworth, along with the physical place of Rydal Mount, we hope will start to reverse this process. Cumbria and the North West was the home of Romantic poetry and it should reclaim its position.”