They are more than just a group of musicians; they are a political movement.
Ellie Grib.
August 5, 2022 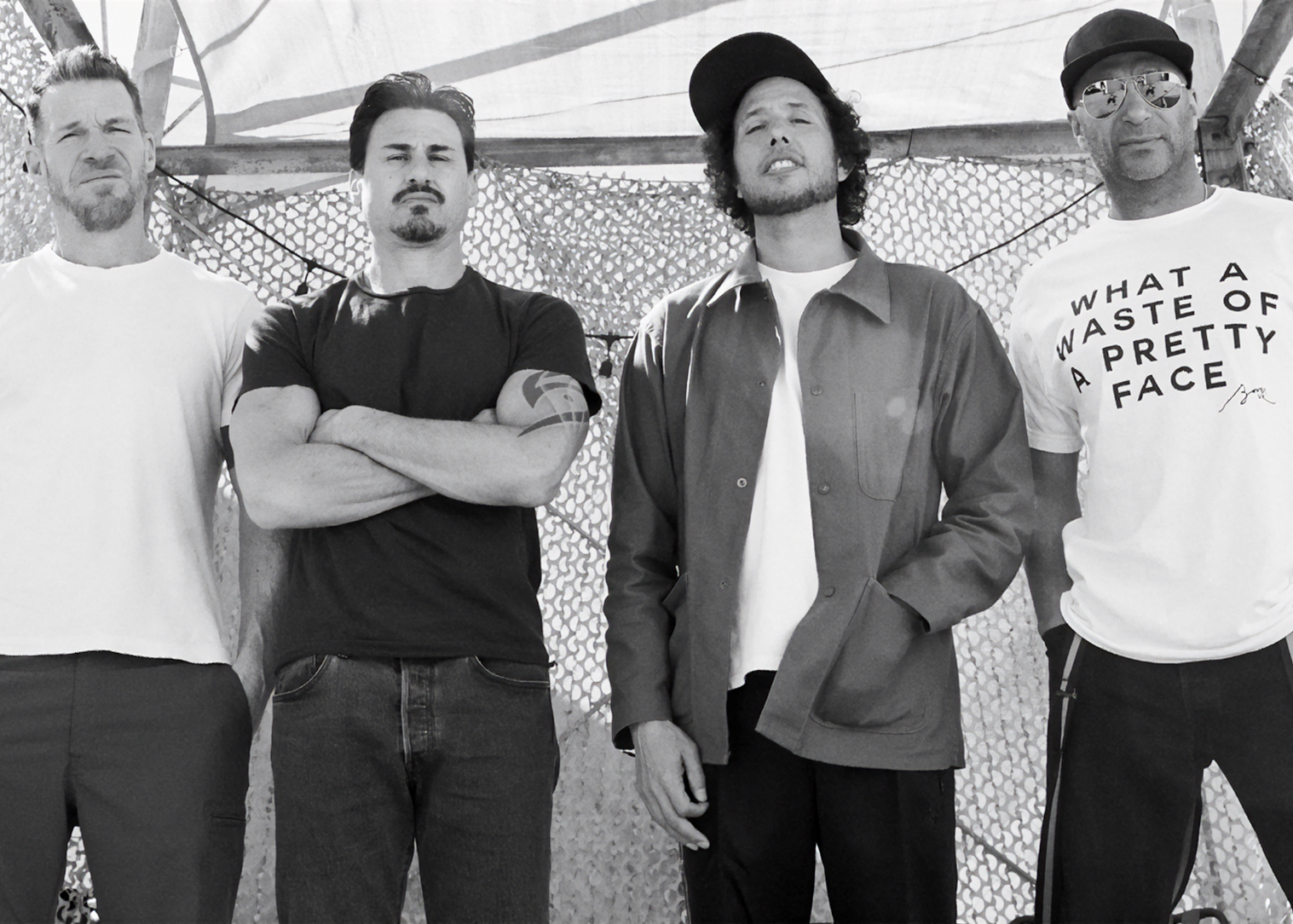 Everyone has a machine they want to rage against, whether you stick it to the man like Jack Black in School of Rock or the vending machine has swallowed your money and KitKat. I have been in a stalemate with my university’s printer more times than I care to admit.

Either way, you can release your pent-up aggression at Leeds and Reading this month whilst consuming an addictive cocktail of funk, metal, and rap. In the words of frontman Zack De La Rocha in 'Guerrilla Radio': "what better place than here, what better time than now?" That time is Friday 26th August on the Leeds main stage.

I can ‘Testify’ that Rage Against the Machine are a group you do not want to miss at this year’s festivals. Despite forming in the early nineties, their protest songs are just as pertinent today. The band has an infectious energy that will blow your mind and your ears.

Their politically charged lyrics and unparalleled stage presence have left their mark on music by carrying powerful messages about government oppression and institutional racism. The band’s hard-hitting and heavy tonality, coupled with the anger portrayed in De La Rocha’s voice, make you want to 'Take the power Back'.

Morello's signature guitar sound and their diverse influences, ranging from Public Enemy to Beastie Boys, have set them apart and garnered a significant fanbase. Part of that hardcore fanbase is rapper Denzel Curry, who released a worthy cover of ‘Bulls on Parade’ and is playing at Leeds/Reading on the same day. It is worth the price of admission alone to see those two powerhouses share the stage.

Morello captivates fans with his riffs, experimenting with feedback and volume manipulation. He plays by his own rules and imitates a disc jockey by using the toggle on the guitar to function as a kill switch. De La Rocha’s words are potent and delivered with intense conviction as he lets out an emphatic howl. Acclaimed drummer Brad Wilk lays the foundations and drives the songs into Morello’s creative solos.

They seduce people with Tim Commerford's funky basslines and expose them to a new way of thinking. The band name itself is a call to arms, as they implore people to think for themselves instead of blindly following authority. They express this sentiment in ‘Bullet through your Head’ with the words, “they say jump, you say how high?”

It is a unique fusion that has made Rage Against the Machine incredibly influential to the nu metal genre and decades ahead of its time. Their unique sound broke genre boundaries and blazed a trail for bands like System of the Down and Deftones.

The band’s entire catalogue is provocative and fearlessly polemical. Zack’s lyrical genius in ‘Testify’ borrows from the words of George Orwell’s ‘1984’ with the line: “who controls the past now controls the future, who controls the present now controls the past”. In the song ‘Wake Up,’ De La Rocha makes direct reference to a speech delivered by Martin Luther King JR, which paraphrases the Bible verse: “whatever a man sows, this he will also reap” (Galatians 6:7).

Their first single, " Killing in the name," perfectly distils the anger felt by protestors in 1992. The riots followed the brutal beating of Rodney King at the hands of LAPD officers. The album cover features a photograph of the self-immolation of a Vietnamese monk. That is one way to grab people’s attention.

The self-titled debut album is era-defining and the perfect introduction to their incendiary sound and attitude. Is there anything more cathartic than a crowd of people repeatedly chanting “f*** you, I won’t do what you tell me”? It is an effective use of sloganeering as I am sure we all have someone in mind when screaming that line.

Rage Against the Machine are a band that practise what they preach. Can any other artist say they have stormed the New York Stock Exchange or had their set cut for hanging inverted American flags on their amplifiers? They pose the question in "Township Rebellion", " why stand on a silent platform"?" They are more than just a group of musicians; they are a political movement. Every word and grunt that Zack spits into his mic is intentional and a ferocious battle cry.

Did it not grab everyone's attention when the members stood on stage naked with duct tape on their mouths in protest of censorship? Do they need to dominate Christmas singles charts for a second time? I am not sure Simon Cowell would be pleased. I personally think a new album would help the cause.

More recently, Rage Against the Machine spoke out against the overturning of Roe v. Wade when plans were first leaked. In 1973, the ruling made abortion legal on a federal level. They shared a statement on social media against the policing of women’s bodies and have joined artists like Paramore, Halsey, and Gracie Abramsin donating towards reproductive rights. They raised the sum through ticket sales, including a show in Wisconsin, one of the states to have banned abortion.

The band encourages listeners to ‘Wake up’ to what is happening around them and take a stand. Music is a powerful medium that empowers people and wills their body to move. Rage Against the Machine are not a band that you listen to on low volume at the back of a bus or quiet classroom. De La Rocha himself demands that you “crank the music up.” They have a discography that I am sure will speak to festivalgoers who are unhappy about spending an arm and leg on a pint and cheesy chips.

By the end of their set, I can guarantee you will be gasping for air and calling out for a Strepsil.