Three oral history films which revisit Maryport in decades gone by are now being screened online for the world to see
Mag North.
September 12, 2022 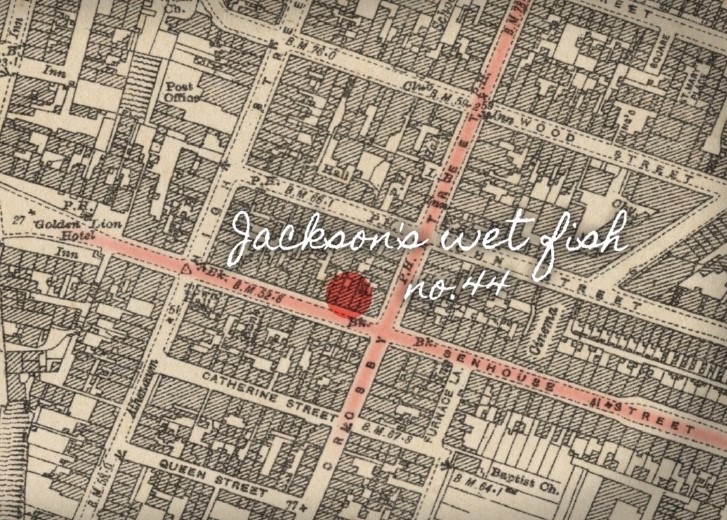 These unique films explore the north and south of Senhouse Street, and neighbouring Crosby Street, and give a fascinating insight into the town’s past. The project is part of Maryport’s High Street Heritage Action Zone programme funded by Historic England.

Filmmaker John Hamlett, from Kirkby Lonsdale, recorded many hours of interviews with five of the town’s oldest residents, and wove their memories of the 1930s, 1940s and 1950s together to form stories that paint a vivid picture of the past. The people, the places, the businesses, and the challenges and humour all give an insight into life on the Cumbrian coast.

The stories are illustrated with many previously unseen photos and films generously shared with John by local families, including a unique, private collection of 1930s cine films which was hidden away for decades before being unexpectedly revealed as part of the project.

So many snapshots of Maryport’s history are explored in the films. Cinema trips were combined with a visit to Ogni’s Café where hot Vimto was on the menu in winter. The rivalry between the local grocers’ shops where families stayed loyal to one store, the joy of a trip to Woolworths, managed by the ‘dapper’ Mr Leigh, or stories of the clothes bought from Crone & Co, clogs skilfully made by Mr Lewis, heavy wireless batteries recharged by Gardiner’s, or visits to Craigs, which ‘sold everything’.

Local industry was in the spotlight too, like the gender roles in the fishing industry, with the ‘herring lasses’ who gutted the catch the men brought in. They also remembered wartime, with bombers dropping their deadly haul, prisoners of war working in the town, rationing, bartering, and the wedding dress made with parachute silk smuggled out of RAF Silloth.

“Laugh for a night and scratch for a week!” says Margaret Poland, as she remembers the Carlton Cinema’s reputation. “If you had a boyfriend who wanted to impress you he took you upstairs in the circle. It was sixpence downstairs and ninepence upstairs.”

Other contributors paint pictures of Maryport that everyone will recognise. Gerald Corrie lived on Criffel Avenue and he says: “The sea wall, the sea brows, the pier and the docks. That’s what makes it for me. You get sunsets over there. They are fantastic.”

“I just love Maryport, always have done, eh?” says Jeanette Teasdale, who lived on Bank Lane. “I got on with everybody, they’re good people.”

The 30-minute films were first shown at the Taste of the Sea festival in Maryport where the feedback was excellent, with comments like: ‘I remembered everything they were talking about,’ and ‘there wasn’t a single dull moment’.

Councillor Mike Johnson, Leader of Allerdale Borough Council, said: “These new films are fabulous. They’ve been created with memories, maps, moving pictures and photography which just draw you in. Those who know Maryport will love making the comparisons with the streets of today, while those who love a bit of history will be fascinated by times gone by.

“Thank you to every contributor – you’ve given us a brilliant glimpse into the past.”