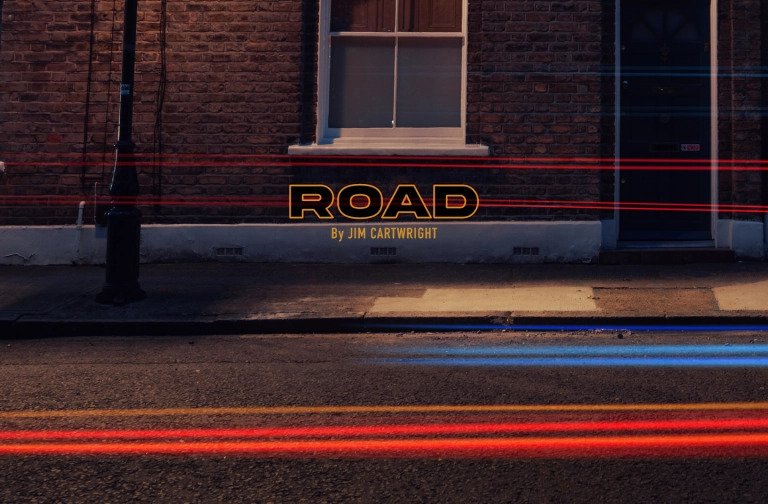 ‘Road’ was Farnworth-born, Jim Cartwright’s first play – written during a time of much social tension – and first performed back in 1986 at The Royal Court Theatre Upstairs.

The play shines a brutally honest light on the microcosm of an unnamed road in Northern England. A road that might well have existed at the time in Cartwright’s native Bolton. Or North Tyneside. Or In East Leeds.

If you spent the 1980’s fox hunting, driving your VW Golf around Sloane Square and wintering in Courchevel, you might think this ‘Road’ is an exaggerated fiction – used as vehicle to illustrate the ‘goings-on’ of that notorious Tory construct: The Non-Working Class. Everyone else will recognise it as very real.

Almost forty years after Cartwright penned this seminal work, watching Director Natalie Ibu’s reimagined version in its current run at Northern Stage, might well leave audiences questioning why the subject matter is as pertinent today as it was at the moment Mrs T and her U.S. chum were bombing Libya – and Madonna was pleading: “Papa Don’t Preach”.

Ibu has very quickly tapped-into – and understood the hopes and needs of returning North-East theatre audiences with this production. This road is very much anchored on Tyneside. The 10-person cast each inhabit numerous roles – and do it magnificently. Our ‘Sunset – to Sunrise’ tour guide is ‘Scullery’, an incredibly perceptive ‘down-and-out’, played by Michael Hodgson. Scullery introduces the audience to his fellow residents, who are able to reach out and communicate in such a way that emotions from severe discomfort to all-enveloping warmth permeate from Stage 1.

Northern Stage describe the production as: “Protest, poetry, lust and grit. A vibrant, funny and moving show celebrating community and the incredible resilience of the human spirit”. I would add ‘visceral’ to any description. While the subject matter is unfortunately much too familiar, there is certainly something about this production that succeeds at jabbing at deep-seated emotions.

Ryan Nolan’s ‘Skin Lad’ is one of many notable performances. His apparent turning-away from extreme violence, in favour of the Dharma, provides a welcome moment of humour. Nicole Sawyerr as the downtrodden wife steeling herself for the return of a drunken husband, is heart-rending – and marks her out as one of the most exciting and able actors of the moment. Phillip Harrison, who as a Teesside man, must surely be struggling with having to work on Tyneside, is superb in his role as ‘The Prof’ (but possibly his greatest achievement to-date is as alter-ego DJ Bisto – who had the cast and audience boogying like it was 1999 during the interval).

The set design by Amelia Jane Hankin and team is a triumph and shows us perfectly the disparate but enmeshed lives that exist side-by side, yet behind closed doors. The intensity of Ike Bennett and Ruby Crepin-Glyne’s descent into bedroom hopelessness, was presented in such a brutally honest way, that as Scullery found – there are times when words fail us.

Our narrator keeps feet very much on the ground as he explains: “And just remember folks, if God did make them little green apples, he also made snot”. But for the four young people (with Otis Redding as support) who end the night on the road – despite the hurdles and disappointments that are part of their everyday, they show us that ‘escape’ and ‘hope’ cannot be crushed. As long as we have access to chips and booze.

Road is at Northern Stage until Saturday 30 October and is a highly recommended piece of theatre from an arts organisation consistently at the forefront of encouraging all of us to examine our role within a ’bigger picture’.