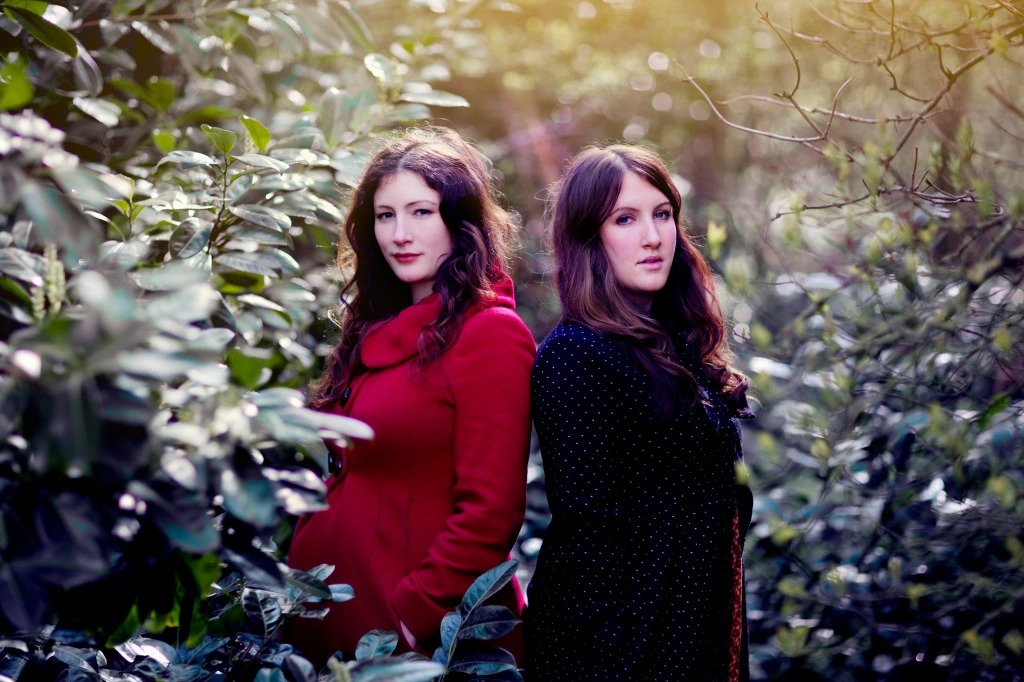 We’re incredibly lucky in Yorkshire to have a venue like the venerable Leeds Town Hall, that again and again attracts many of the world’s finest artists.

On Friday 21 December – when many of us were beginning to tire of the festive build-up (that commenced on August Bank Holiday), two lynch-pins of the UK’s creative community, joined forces in Leeds to offer a unique and very special antidote to the worry of sourcing that perfect gift for Granny: The premiere of the Emily Brontë Song Cycle.

The Unthanks don’t require any introductions. Although you may be forgiven for labelling them as one of the most important folk bands of our time – their diverse collaborations with the likes of Orbital, Maxine Peake (as part of Hull’s 2017 City-of-Culture celebrations), Kathryn Tickell and Sting, mark them out as much, much more. Sisters Rachel and Becky from the band, can also be seen presenting fascinating insights into our cultural heritage on BBC4.

Emily Brontë celebrates her bicentenary this year and as part of the five-year Brontë 200 celebrations, the Brontë Society approached The Unthanks to reimagine some of Emily’s poetry, much of which is less familiar than her magnum opus ‘Wuthering Heights’.

Yorkshireman Adrian McNally, who with Rachel and Becky, is the third of the vertices that form the very heart of The Unthanks project, was perhaps tasked with the greatest challenge to bring Emily’s poetry to life in song. In collaboration with the team at the Parsonage, he was able to spend time immersing himself in the environment that was home to the Brontë family. Access to Emily’s actual piano – still in its original position, has undoubtedly added a further layer of emotion to an already supremely moving and poignant piece of work.

So…to the event itself: At this juncture I have to declare my bias. My introduction to the sumptuous work of The Unthanks came many years ago, when I first heard their recording of ‘The Testimony of Patience Kershaw’. Their own website succinctly encapsulates why I and many thousand others are drawn to their music: ‘There is a socially conscious heart to much of The Unthanks’ work. The Unthanks see folk music less as a style of music and more as an oral history that offers perspective on our own time’. I am a fan.

An opening piece of audio instantly transported the audience to 19th century Haworth. Rooks wheeling overhead, the slam of the Parsonage front door – and the sound of hurried footsteps, to the backdrop of a ticking clock, that Rev. Brontë no doubt inspected daily for its accuracy.

What followed, was an incredibly haunting and atmospheric musical re-working of some of Emily Brontë’s poetry, hand-picked by The Unthanks. The melancholic theme of much of Emily’s work dovetailed perfectly with the ‘other-worldly’ vocals of Rachel and Becky. The sound created by the two, with Adrian at piano, actually reached into the soul. It is not too much of a stretch of the imagination to have thought that as ‘She Dried Her Tears and They Did Smile’ drifted across the heads of those assembled, Emily’s ghost was sitting, quietly approving, in a corner of the Town Hall.

The solemnity of the ten pieces that make up the cycle, was interspersed with explanations from the three about how the project had unfolded, together with reference to a Kate Bush inspired piece of film, that may-or-may-not have been produced on the moors above Howarth. The juxtaposition of three masters of their craft, bringing an added and arguably more culturally relevant dimension to the works of Emily Brontë, then sharing in such an unassuming way an insight into their own lives – was refreshing, heart-warming and inspiring.

After the eloquent and moving interpretations of Brontë’s work, came words from another powerful young woman from the nineteenth century: Patience Kershaw. Her story is of child labour in a Halifax Pit. The song, originally penned by Frank Higgins in the ‘60s, is now a much-loved Unthanks staple. “Even if a story is dated, perhaps about an industry or community which died years ago or a war long forgotten, doesn’t the past help us to understand the context and perspective of our own lives better?” – I think so.

The final song of the evening was an unaccompanied ‘Tar Barrel in Dale’. The song was written by Rachel and Becky’s dad, in celebration of a Northumbrian New-Year tradition. The chorus, joined in by everyone in the hall, made for a wonderful end to a very special evening.

The evening concluded with a recommendation from the trio to visit Haworth and the Brontë Parsonage without delay. ‘Shall Earth No More Inspire Thee’ is an audio experience that allows the listener to tread in Emily’s footsteps on the nearby fells that were so often the inspiration for her work, at the same time as listening to The Unthanks atmospheric vocals. The audio experience is available until end March 2019 – and shouldn’t be missed.