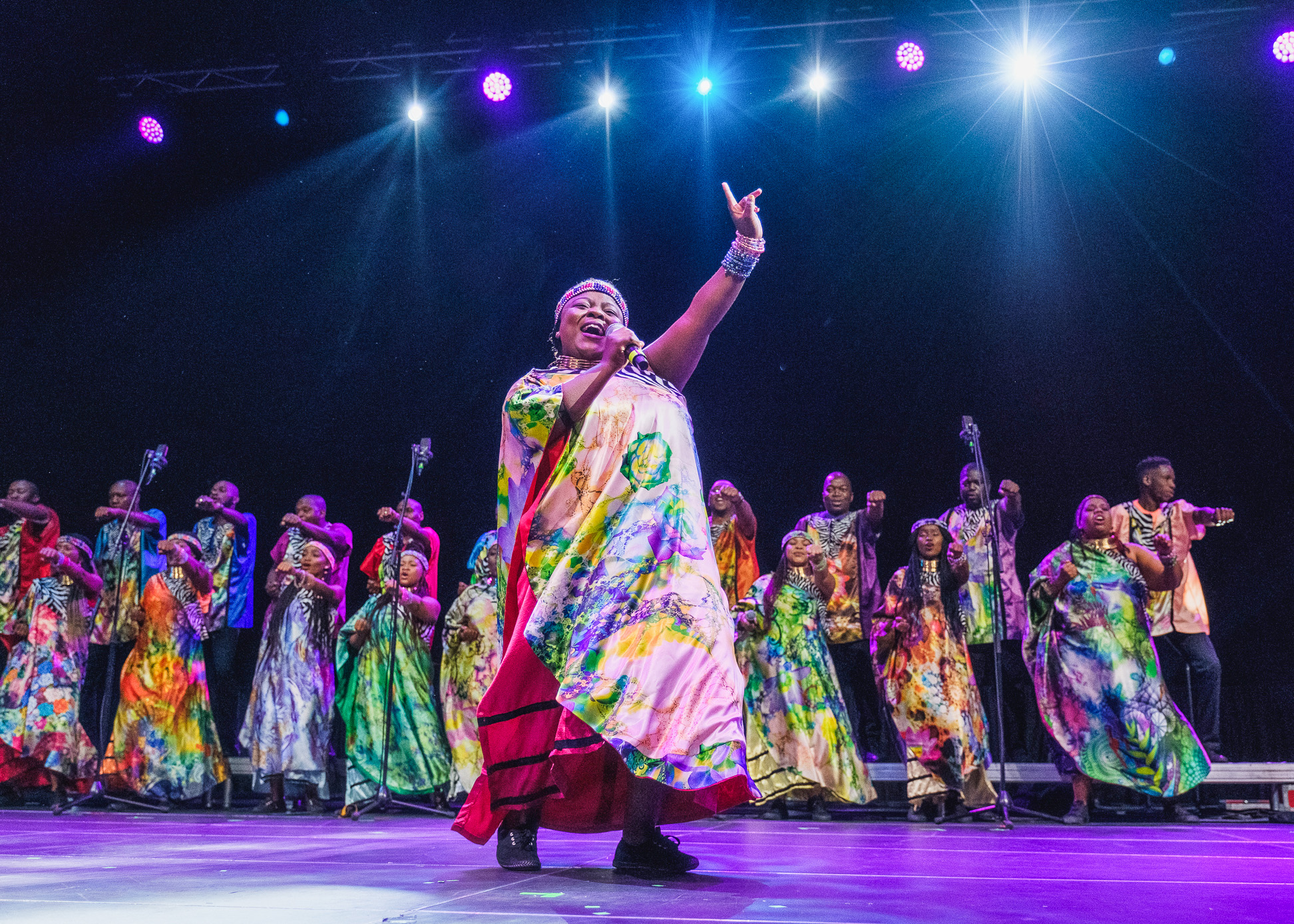 It was an honour to be at The Stoller Hall on Saturday to see the Soweto Gospel Choir.

I was slightly nervous: it is a fact that their reputation precedes them – and as they embark on another gruelling global tour – and are about to celebrate their 20th birthday, would it be possible to still have the energy, colour and message that they first brought to eager audiences two decades ago? The answer was a resounding yes.

Choir founding member Shimmy Jiyane, who is also choreographer, tenor, dancer – and choir master, works like the beating heart of the ensemble to summon up a stage full of the brightest colours, as each member wears a version of beautiful South African traditional dress.

There was joy abundant from the off in Stoller Hall. We were at the second performance of the evening: the choir had already performed three hours earlier – although you wouldn’t have known. The only negative of a very special night was that the 8pm show had quite a few empty seats. Missing an opportunity to see and hear this group of musicians should be an offence.

"Music is universal in any country," Is a quote attributed to founding director David Mulduhedzi. "People can understand the spirit of the music. We sing in six of South Africa's 11 languages, including English. But the message is the same. It's about bringing people together.” It is. You can. It certainly does.

The songs appear upbeat and the delivery impeccable, but the language difference masks lyrics that deal with some of the most grotesque aspects of South Africa’s past. Translated, we would hear: “What have we done? What have we done?” The melodic appeal brought the horrors of 1980’s news bulletins back into sharp focus, as the current geo-political chaos reminds us of all of the sacrifices made by those who came before – and those who are still enduring injustice.

The past does run deep, but this series of concerts is dedicated to the most famous of Freedom Fighters: Nelson Mandela. The choir speak of him and sing to him as though he was still with us. (It has been 104 years since his birth.) Ancestral reverence was palpable on Saturday in Manchester.

The Soweto Gospel Choir’s first album, Voices of Heaven, reached No.1 on the Billboard chart in 2002, and it has been performed for former US and South African presidents Bill Clinton and Nelson Mandela, as well as Archbishop Desmond Tutu. Awards include multiple Grammys (and several nominations), an Emmy and many more.

The power of their voices, both collectively and in solo, together with their expressions and the way that they interact with one another, had me leave the performance feeling as though I had (too briefly) been transported to the verdant grassland of KwaZulu-Natal.

The Choir head to Durham on 24th October, Hull on 25th and Bradford on the 26th.

You can find tickets and info HERE