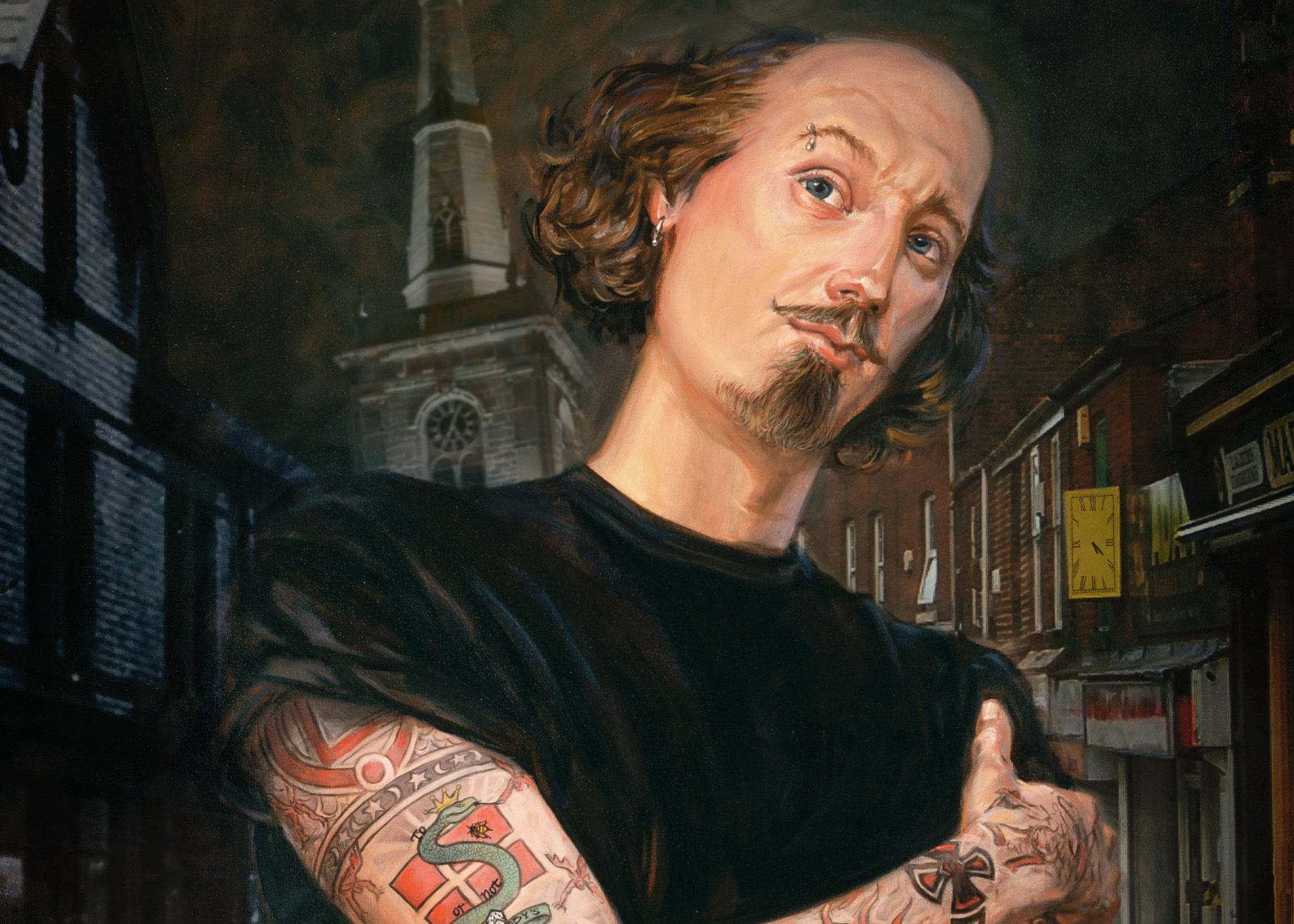 Did Shakespeare head north when he disappeared off the radar during the plague, in what’s become known as the missing years?

That’s the strange notion behind Strange Tale at the Shakespeare North Playhouse a zanytime-travelling comedy-drama which has this legend at its heart. There are those who believe that Will did indeed head to nearby Knowsley Hall, where it’s thought he performed with his travelling players for the Earl’s daughter’s wedding. Performed Midsummer Night’s Dream, too, which has just transferred to Newcastle after opening here in Prescot.

Imaginarium certainly believe the story. They’re a local creative company who host spectacular productions of Shakespeare plays and literary classics in parks, gardens and great halls across the North West, and they’re an Associate Company of the new playhouse.

Strange Tale is written by Rob Brannen who did extensive research locally with Prescot’s Community Curators and Derby’s Knowsley Hall archivist. The result is a rousing, fun-filled production with catchy tunes and a truly enthusiastic cast, directed by local legend Gaynor La Rocca.

The hero of the piece, time traveller Mr Shakespeare (Kristian Lawrence), wakes up in the church cemetery and embarks on a mission, helped by Prescotians, to find the portal and return to Tudor London. There’s tales of love and friendship on the way to his time journey home, in a production that is heavily influenced by local history and designed to appeal to a truly local audience. There were even Prescot Street names hanging from the Playhouse upper galleries.

The wise oracle-teller Jean is played by the company’s education manager Julia Ashworth, clearly a period-piece character from the 1960's with her headscarf and “half-a-mild-lasts-all-night” at local hostelries such as The Sun or infamous Long Pull. Hannah McGowan shone in her role as Gen, and gave us a 'Lucky Lucky Lucky' Kylie moment delivered with her partner Viv. There’s also cameo moments from Madonna, Gary Barlow and Robbie Williams, while Clive, played by Francesco La Rocca, takes control of the Shakespeare Theatre Detectives.

Alongside MSND, there’s excerpts from other Shakespearean classics including Romeo and Juliet, The Tempest, and Macbeth. The part of Mary, the landlady, was an exceptional performance by flame-haired Carmel Skelly. Tom Large stepped up to deliver lines with ease, Lorna Pout was excellently cast as Beattie, and her son in real life played Brian.

There was the sort of audience participation that we imagine Shakespeare might have encouraged, and some selfie-moments, which he certainly wouldn’t! Overall, the production was a non-stop recipe of fact, supposition, fun and laughter, and every line delivered with gusto.

The full programme at Shakespeare North Playhouse is HERE‍