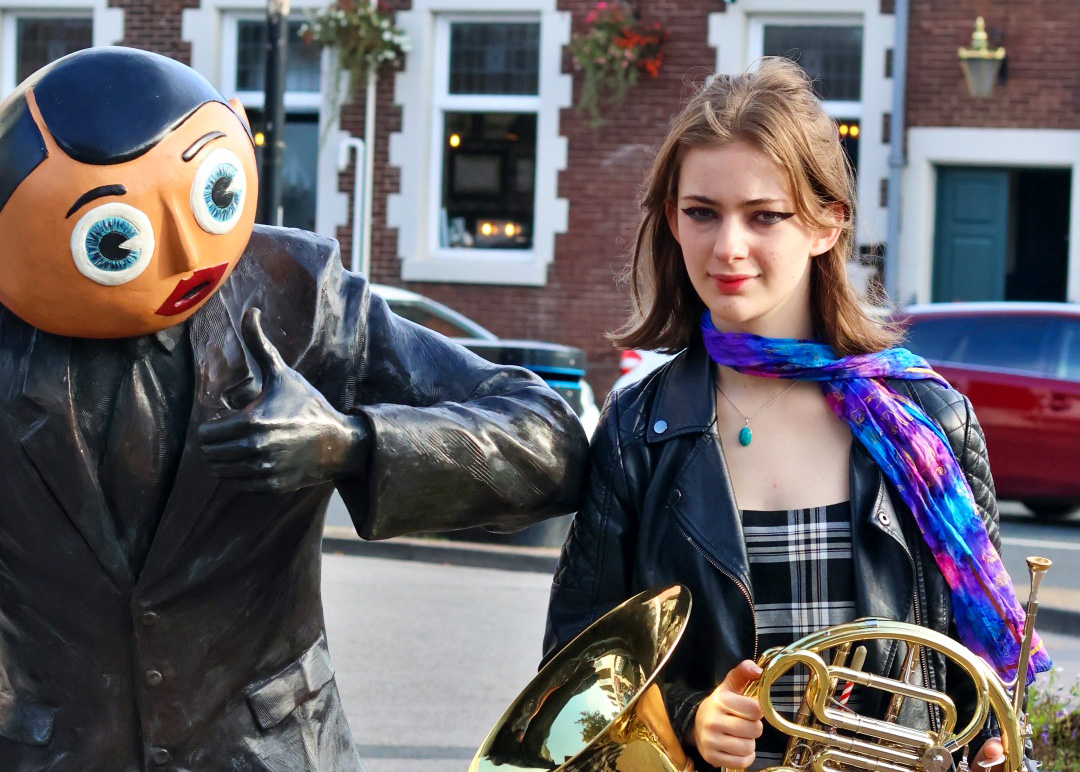 This week has seen the launch of an extraordinary collective of 156 teenage musicians on their journey as the National Youth Orchestra for 2023, highlighting the impact they will have on their generation. Seven of these talented and young  students come from Greater Manchester and Cheshire. They have successfully auditioned and won a coveted place with The National Youth Orchestra of Great Britain offering teenage musicians the most audacious challenges they can take on through playing music together. The Orchestra is celebrated internationally ‘as the world’s greatest orchestra of teenagers’.

During 2023 the orchestra will perform high-octane concerts at concert halls across the UK, with free tickets for teenagers, and perform directly to teenage audiences in secondary schools. Every musician takes an active role as a music ambassador in their state primary school, joining our mission to opening up music for young people across the nation. Teenage musicians from underrepresented backgrounds and state schools will develop and progress with their encouragement of their peers, through NYO Inspire.

From Falmouth to Swansea to Aberdeen, via Ipswich, Manchester and Liverpool, these 156 young musicians from different backgrounds across the UK have reached an exceptionally advanced level of musicianship and enthusiasm to engage with NYO’s mission. They show what is possible in music when young people have the opportunity to take their talents as far as they can go.

"I have been playing the flute for about 9 years now, having started with ten-minute taster lessons that my primary school offered. From then, taking part in my school band as well as local music bands and being able to play with other musicians is what really inspired me to carry on going. I eventually made it into Chetham's and NYO has helped fuel my passion for musicmaking - to say the least! All of these opportunities have led to my recent success in winning the Woodwind Final in BBC Young Musician 2022.

"To be honest, being part of NYO has had one of the biggest impacts on my life - I have made such amazing friendships and it has really pushed me and motivated me to carry on being a musician. I remember shaking sitting in the first tutti rehearsal, blown away by the power and amazing energy surrounding me, which is something I have never felt anywhere else. What could have been a really daunting experience was made so enjoyable by other musicians and support staff who made me feel at home. Being part of NYO not only helps me improve as an individual musician, but also helps develop the skills I have learnt in working with others in such a high energy environment."

"Whilst in primary school I wanted to try playing percussion. I had lessons and began playing the drums in a brass group. I enjoyed playing in the group and the opportunities it gave me. By mistake I picked up a letter offering the brass players in the group a chance to try the French Horn. I liked the sound of that! I returned the letter and, although it wasn’t intended for me but for those who already played a brass instrument, the music service allowed me to have a go. Soon afterwards I stopped playing percussion as I much preferred the French Horn!

"I am actively involved in music making through a range of groups including being part of the Halle Youth Orchestra, NYO Inspire Programme, English Schools Orchestra, Opera North, as well as my school and local music centre groups. I have attended the Junior Royal Northern College of Music every Saturday for the last six years. I enjoy performing with similarly minded young people who have a love for orchestral music. I play in local brass bands, swing groups and orchestras. At school, I play in the orchestra, brass band and jazz band.

"I have been a member of the NYO since 2022 and this has really developed my understanding and orchestral playing experience. It is so great to share different knowledge and ideas with fellow musicians on how to ensure that the music is played with focus, understanding and professionalism."

"One of the most inspiring musicians I have met and played to is the horn player Ben Goldscheider, from watching him at NYO Inspire (Liverpool 2020) and BBC Young Musician of the Year. I was lucky enough to have a few lessons with Ben during lockdown and I found his teaching really raised my progress.

"I really enjoyed performing with Inspire Associates at the Royal Festival Hall, arranging and performing a Ukrainian folk song: Marichka. This was a memorable moment as we had worked hard as a group to create an arrangement that really spoke about the conflict. I found playing it alongside my friends a fantastic opportunity to show solidarity with Ukrainian and other musicians suffering in conflict.

"I benefit so much from being part of the NYO community. Apart from improving my technique, I found I grew as a person and learnt so much about myself and what I am capable of. From working with a group of like-minded musicians and creating a piece and taking it through to performance at a major concert as well as meeting so many young people."

"In Primary School, I had the opportunity to start a musical instrument. I was quick to pick up the saxophone and my passion for music began. I soon discovered the woodwind section and instantly knew bassoon was for me. Starting at Tameside Music Centre was a real step up for me and even though I struggled at first, I began to find my place and grow as an orchestral player. Then joined the Junior department at Royal Northern College of Music before my secondary school. Life then took me to Chetham’s School of Music which has been an amazing experience so far.

"I started at the Royal Northern College of Music's young strings programme before moving to their junior department in 2015. I started at Chetham’s School of Music in 2017. I currently play in various chamber groups and the Chetham’s Symphony Orchestra, along with Stockport Youth Orchestra.

"At NYO, I love playing music with other people, especially those who are as passionate about what they do as I am. Being a part of NYO further pushes my growth as a musician and helps me become a wonderful orchestral player. I develop my ability to work as a section and an orchestra at NYO."

"I began my musical journey playing cornet at age 8. My dad was a tuba player in our local brass band, and so from being a baby I had grown up following the band, watching them marching and playing concerts. When I got my front teeth, my dad allowed me to get a cornet and I had lessons with another member of the band. Having the support of my family and local community has been paramount in my development as they have always encouraged me to grow in my playing and become a better well-rounded musician.

"I have really enjoyed being invited to NYO inspire projects last year, and I feel that being a part of the NYO Associates is a fantastic opportunity to further develop my skills orchestrally and also in terms of intonation and listening. NYO helps to develop who I am as a person and gives me more confidence in my playing and within myself."

As part of the Orchestra the students will perform their first Concert season in January 23, coming to the North West (Liverpool Phil)  on Sunday 8th at 4pm.

‍Free for teens tickets at each concert