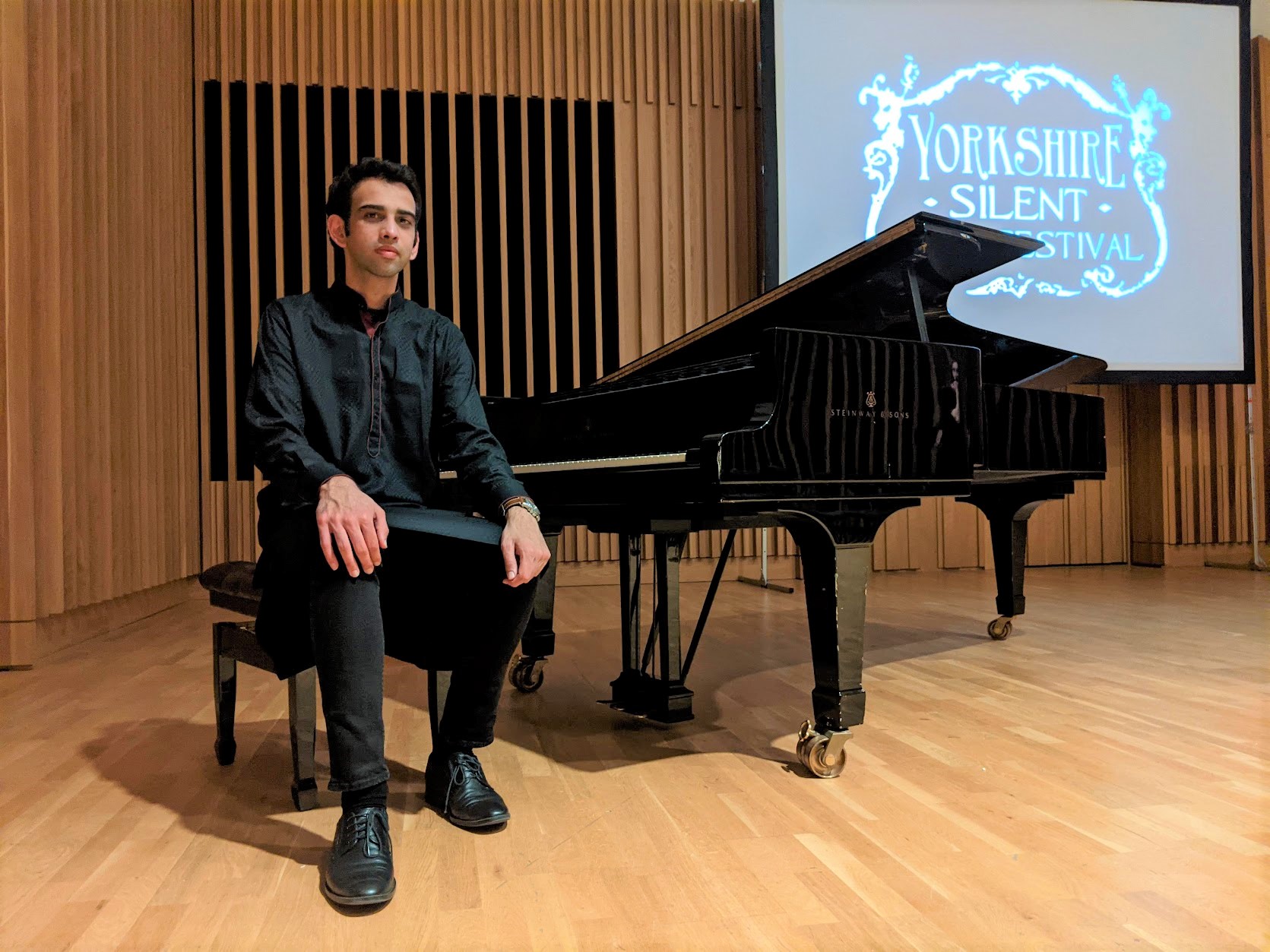 Yorkshire Silent Film Festival brings live music and silent film together across the North with an annual festival and year-round programme of events. All the films shown are silent with the musical score performed live, usually improvised, to create a unique cinematic experience. This year, Raga pianist Utsav Lal is to perform a trio of dates across the North for the Festival.
Mag North.
May 16, 2022

New York pianist Utsav Lal is heading to the UK to participate in Yorkshire Silent Film Festival’s spring season in York, Manchester and Sheffield. A trailblazer in the worlds of jazz and raga, Lal will improvise unique live scores for three different silent films across three dates in May. These one-off events will be the only opportunity for UK audiences to hear this acclaimed pianist perform live this year.

Lal has established an international reputation for his performance of Indian ragas on the piano. Choosing to perform on an instrument that has traditionally been considered unsuitable for Hindustani classical music, Lal’s innovative handling of raga blends his diverse musical influences and has left listeners spellbound. A Young Steinway Artist, Lal has performed on some of the world’s most prestigious stages including Washington DC’s Kennedy Centre, New York’s Carnegie Hall, and London’s Southbank Centre.

Having made his silent film improvisation debut with Yorkshire Silent Film Festival in 2018, Lal now returns for three special performances this May. The mini tour opens at National Centre for Early Music on 10th May when Lal will perform a live score for the spectacular silent film A Throw of Dice. He then heads to Manchester’s Stoller Hall on 14th May to improvise a unique score for the epic film Shiraz: A Romance of India. For the final show on 15th May, Lal will accompany Carl Dreyer’s emotional masterpiece The Passion of Joan of Arc at the atmospheric Abbeydale Picture House in Sheffield. These events are part of a year-round programme of live-scored silent film presented by Yorkshire Silent Film Festival across the North as well as an annual festival which returns in autumn 2022.

Jonny Best, artistic director, Yorkshire Silent Film Festival, said: “We couldn’t be more excited to welcome Utsav Lal back to the UK. His performances are truly mesmerising, blending ancient tradition with innovation. Audiences in York, Manchester and Sheffield will be astounded by his improvisations which will bring these stunning silent films to vivid life.”