Are we living through a crisis of 'information chaos'?
Colin Petch.
November 23, 2022 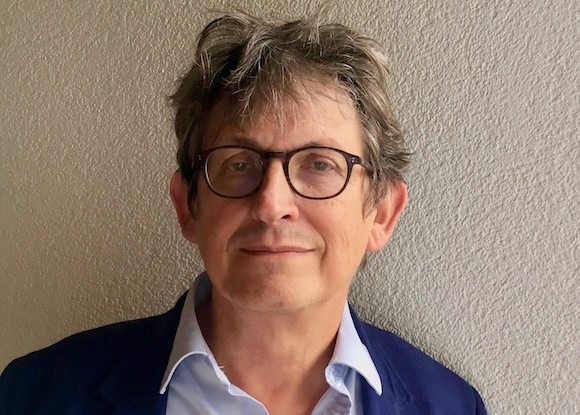 On Wednesday night at Howard Assembly Room, the latest DARE Liberty Lecture sees Editor of Prospect Magazine and former Editor-in-Chief of The Guardian Alan Rusbridger join Kate Nash, Professor of Media and Communication, and Deputy Dean of the Faculty of Arts, Humanities and Cultures at the University of Leeds.

A dynamic partnership between Opera North and the University of Leeds, the DARE Liberty Lectures 'connect the curious and the experienced' through a programme that has become an established part of Leeds’ cultural offering.

Through a series of specially commissioned public lectures at the Howard Assembly Room, the series explores the myths and realities of liberty. The events, which include a lecture followed by Q&A, are introduced and always chaired by an academic from the University of Leeds. Previous speakers have included Afua Hirsch, Gina Miller, George Monbiot, Nazir Afzal, Ann Pettifor and Tariq Ali.

Alan Rusbridger was Editor in Chief of The Guardian from 1995-2015. He is currently editor of Prospect Magazine and Chair of the Reuters Institute for the Study of Journalism. Until 2021 he was Principal of Lady Margaret Hall, Oxford.

His acclaimed 2020 book, ‘News and How to Use It: What to Believe in a Fake News World’, acts as the scaffold for Wednesday's lecture, hopefully offering a glossary for the bewildering age we are living in.

The Zambian born, Cambridge educated journalist is a current member of the Facebook Oversight Board, quite possibly giving him a unique perspective on how we are currently fed ‘news’ – and so more than qualified to discuss with a West Yorkshire audience how to stay informed, tell truth from fiction and hold those in power accountable in the modern age.

Rusbridger has previously rejected the ‘echo chamber’ lament - arguing that the ease with which we can search the web or 'share' means we’re far more exposed to differing views, and that buying specific physical newspapers created more echo chambers, not less. Like many of his industry peers, he is acutely aware that younger generations watch little TV news, that they are most drawn to viral news items, and that media organisations need to adjust accordingly.

Rusbridger talks with passion about social media, citizen journalism and new business models. Who now is going to fund the journalism that really matters – the investigations, the search for facts that those with power would rather we did not have? Do we want Silicon Valley to be its philanthropists? Thankfully, in spite of an apparently precarious future, there is no shortage of young people in the UK and abroad still keen to carve out a career in journalism – as the recent ‘Media and Journalism Week’ at another excellent northern academic institution: Leeds Trinity University showed recently.

During his time at The Guardian, both Rusbridger and the paper won numerous awards, including the 2014 Pulitzer Prize for Public Service Journalism. The Guardian grew from a printed paper with a circulation of 400,000 to a leading digital news organisation with 150m browsers a month around the world. He launched now-profitable editions in Australia and the US as well as a membership scheme which now has 1m Guardian readers paying for content.

The Lecture begins at 7.30pm, Wednesday 23 November - and tickets and further information can be found HERE