The Children of Mariupol

What can we say about this incredibly special place that could sufficiently reflect the global importance of the work going on there? Nothing. Curators Millie and Catriona give us only the facts
Millie Laing-Tate and Catriona Robertson.
August 28, 2022 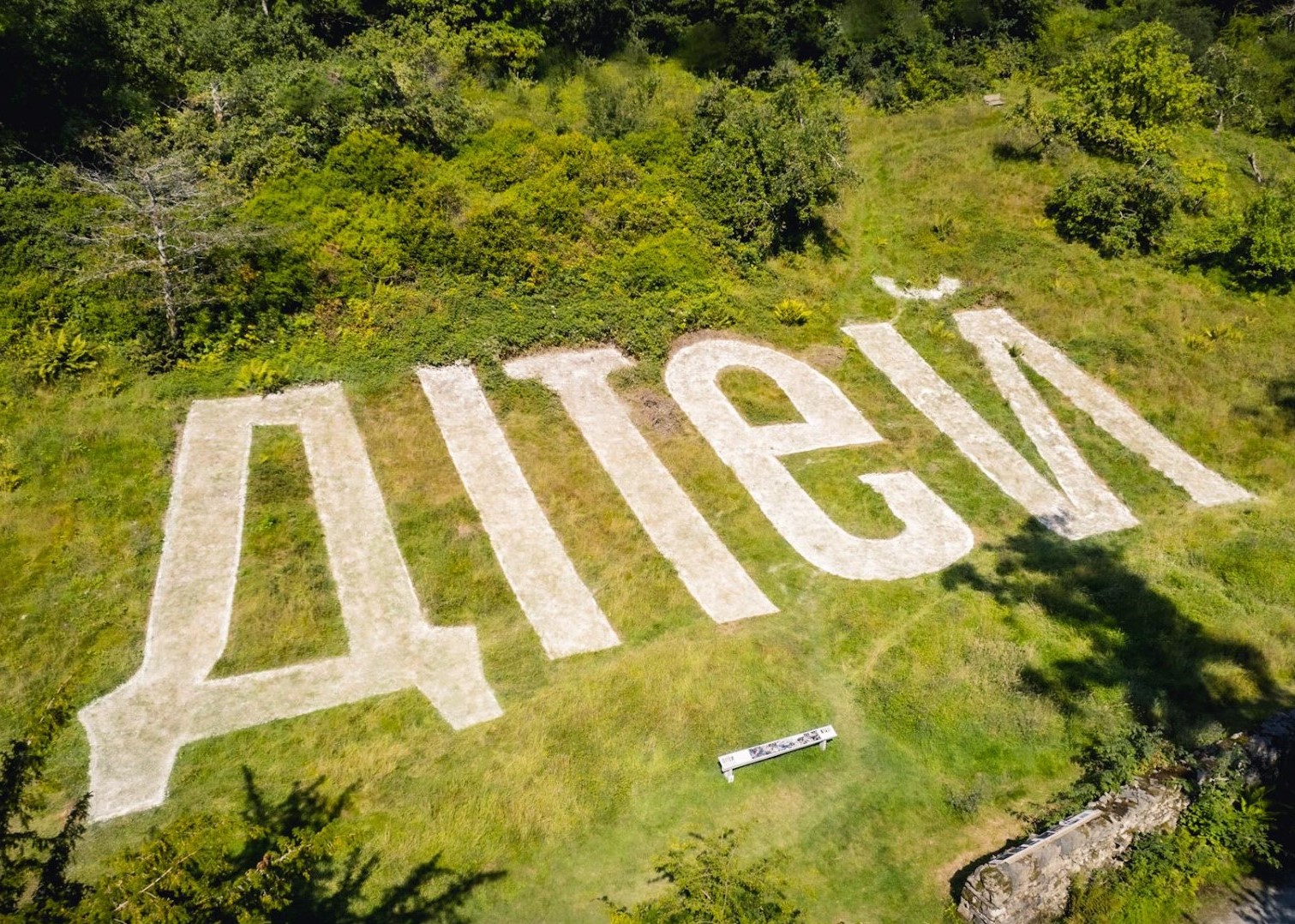 As a refugee, Kurt Schwitters carried his work with him, driven by the endless compulsion to rebuild and reclaim his art in the face of the totalitarian impulse to destroy it. For the 75th anniversary of Schwitters’ Merz Barn, we are celebrating his unwavering and rebellious creative vision, whilst highlighting the integral role played by Cylinders Estate in providing him with a sanctuary in the remarkably beautiful Langdale Valley.

The two latest earthworks built at Cylinders Estate are part of the ‘The Children of Mariupol’ Public Art Project. They have been made in solidarity with the people of Ukraine and the devastating situation they continue to endure. Nearly eighty years on from the Nazi invasion of Europe, thousands of innocent civilians are still being forced to seek refuge, separated from their loved ones as they flee their homes in the face of brutal power. Territorial demands and discrimination, including where the government control artistic expression remains the reality of their daily lives.

As we mark Schwitters’ lifelong determination to carve out his place in the world despite all the obstacles he encountered, the ‘Children of Mariupol’ Project reminds us that this is a challenge still being faced by many people today.

Dark Bunker is in its purest form a shelter – a place to retreat to, pause, and hold the people of Ukraine in our thoughts. When recent storms violently tore countless trees from the earth in this woodland, many of the remaining diseased larches lost their support network and had to be felled. The foundations of the bunker are made from these same fallen trees - built into the land and built of the land. So, although in many ways this is a structure shrouded in the shadow of conflict, it is as much about reconstruction as deconstruction and reclaiming what was lost by transforming it into something new.

It is a symbol of support and solidarity, bringing forth the importance of compassion, understanding, awareness and above all - the right to seek refuge.

The surface of the earth is made up of patterns, many of which can only be seen from above. These formations are etched by forces of nature, carved out by changing elements and transformed by the effects of time.

Some of these patterns are also made by humans.

In acknowledgement of the devastating attack on the Donestsk Regional Art School and Drama Theatre in Mariupol, Ukraine, the word Дітей (Ukrainian for ‘Children’) has been carved into the grass here at Cylinders Estate. By using ritualistic processes of strimming, scything, and chalking, the memory of what happened on 16th March 2022 becomes embedded in our minds, as well as in the ground. The word, along with the process of making it and the way in which we navigate it, reinforces the message that should not be forgotten – Children.

Thanks to Millie Laing-Tate and Catriona Robertson