The Importance Of Being Earnest

A new interpretation on a perennial favourite returns to the Courtyard Theatre
Gabe Petch.
September 9, 2022 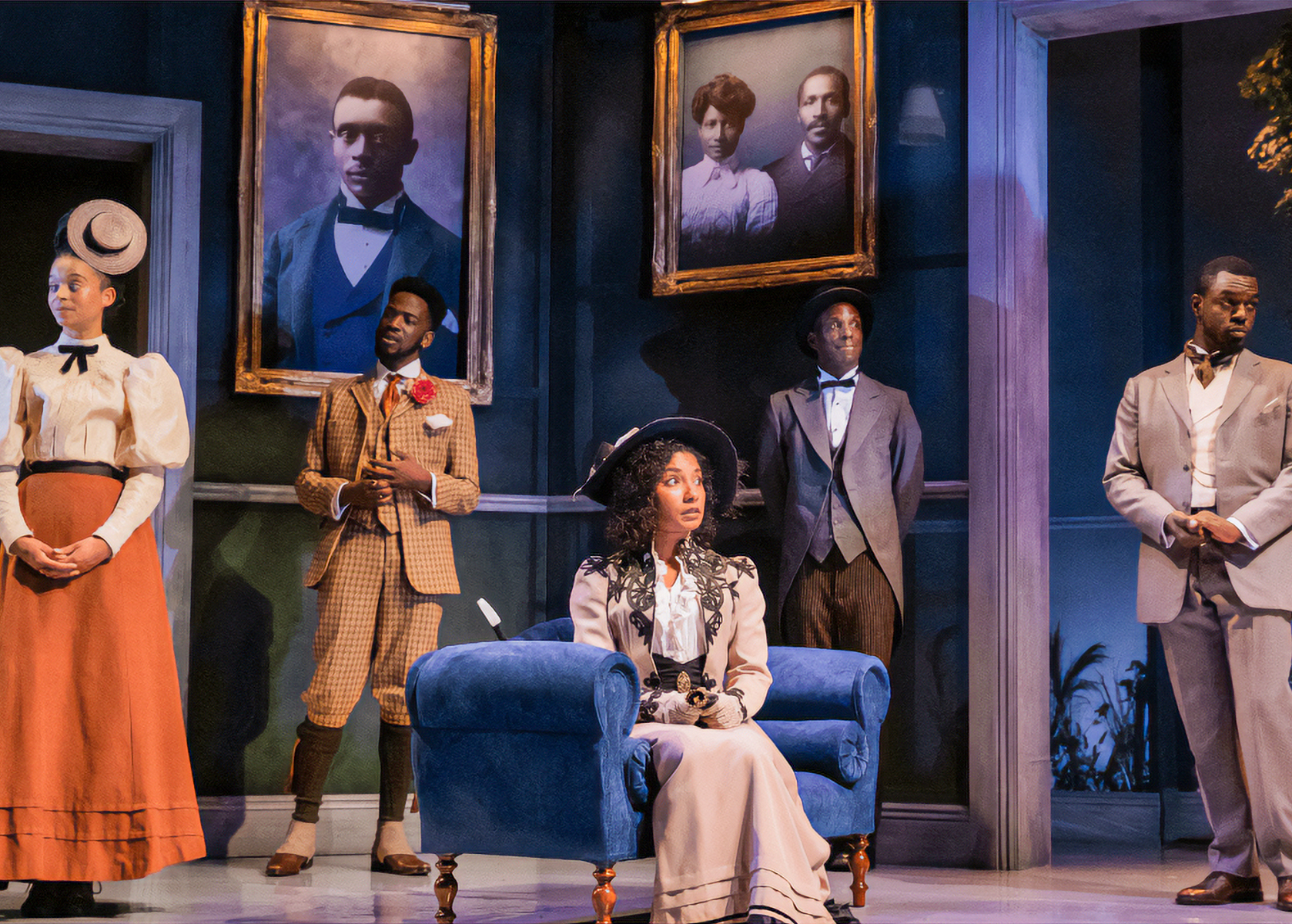 Thursday night saw Director Denzel Westley-Sanderson’s remixed retelling of Oscar Wilde’s final fated stage play: 1895’s ‘The Importance of Being Earnest’, premiere at Leeds Playhouse, and it brought with it all the character and comedy you could hope for, complete with incredible casting and direction.

Phoebe Campbell’s Cecily is a youthful rebel, pushing off Joanne Henry’s authentic role model of Miss Prism with ease, to pursue her relationship with Algernon, paralleling Gwendolen’s dynamic interactions with John Worthing, brought to the fore with energy by Adele James.

Valentine Hanson sees a double role as the two butlers of Merriman and Lane, providing just the right amount of below-stairs attitude and background antics to keep the others in check and the audience entertained.

The romance of Miss Prism with the now female Dr.Chasuble (played by Anita Reynolds) is also a perfect, daring subplot which would likely have satisfied Wilde’s avant-garde sensibilities.

It is Lady Bracknell’s casting and portrayal however, which furthers the adhesion of the cast and elevates the performance to the superb. Daniel Jacobs, perhaps better known as Ru Paul alumni ‘Vinegar Strokes’ takes Bracknell’s character to new heights - commanding the audience’s attention and moving around the stage with intimidating composure. Jacobs provides the final touches of attitude and class – and is the glue to make this production stick.

What makes this 2022 performance notable and set apart from any past potential rehashing of Wilde’s play, is award winning Director Westley-Sanderson’s approach to race, gender and relationships.

“I wanted to look at Victorians as people - people who could be relaxed in their own home…there were Black Victorians who were wealthy living here in England.” Said Westley Sanderson when asked about the importance of ‘pre-Windrush’ Black history. "An all black cast is just part of bringing to light some of that history.”

Touring alongside this production is Autograph Gallery’s ‘Black Chronicles exhibition’, photo displays of Victorian studio portraits of BAME figures throughout the Victorian period. “From politicians to performers to service men and women”. These images, some over 125 years old, provide the perfect frame of reference for this production, perhaps helping some to better realise the context for the casting choices.

This being the 126th year since The Importance of Being Earnest’s premier, where after a legal battle with the parent of one of Wilde’s lovers, (who had planned to disrupt the premier at St James's Theatre London), Wilde was sentenced for two years to hard labour for his sexuality, it is remarkable to see such a faithful production of his work which also pushes past the boundaries Wilde and others experienced, both from the perspectives of race and sexuality, and see how attitudes have so greatly changed for the better.

The context and the performance all line up for Westley-Sanderson’s production, making for a play you would surely be a ‘Bunbury’ to miss. If you want a fun, dramatic night out, with a historical backing to make it interesting, then we would recommend this production of The Importance of Being Earnest for certain.

The Importance of Being Earnest runs at Leeds Playhouse until 17th September, before touring.