The Movie Men Of Bradford Star At Lakes’ Film Festival 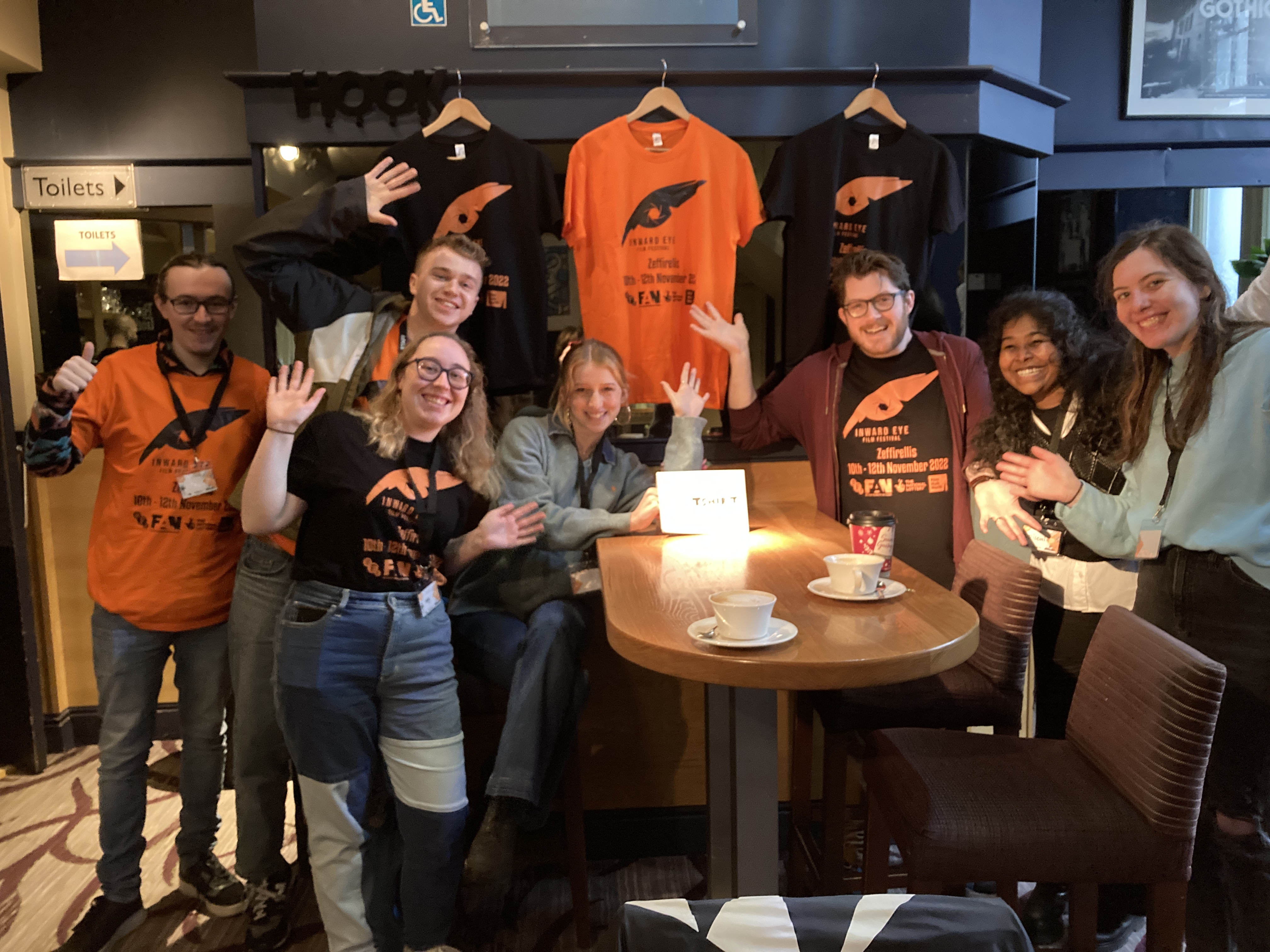 We saw great films and puzzling films, short films and sad films, from around the world; we rubbed shoulders with actors and directors. But for Mag North, the highlight of the Inward Eye Film Festival was a low-budget documentary made in Bradford.

A Bunch of Amateurs features the oldest amateur film club in the north, the Bradford Movie Makers, formed back in 1932 when the golden era of Hollywood inspired movie makers around the world. Didn’t we all have an uncle with a cine camera and a projector? Indeed, as one of the characters remarks, if the war hadn’t happened, Bradford could have been Hollywood!

It’s a warm, tender, funny story featuring a group of ageing men, one mere youngster (in his 40s) and a newcomer female member, Marie. “I dread to think what it’ll be like when she becomes chair,” says one. “She’ll get things done,” says another. And she does, as the group fights for survival with funds dwindling and no rent on their tumbledown HQ paid for five years.

Harry wants to star in a re-make of Oklahoma!  but is too scared to mount the horse. Colin is waging war against the litter and fly-tipping outside the building, youngster Phil is making a horror movie called Appointment in Walthamstow. Through it all is a very touching and  potent message about community and male friendship, supportive though not demonstrative, and director Kim Hopkins has created something very funny without ever mocking his characters.

The Inward Eye is a remarkable festival, a bold and daring concept based in the small Lake District town of Ambleside at Zeffirellis cinema. Over three days around 30 movies, and a programme of short films, were shown in two of the five cinema screens owned by Zeffs. Directors and actors were here to chat and do Q&A sessions, including Sir Ranulph Fiennes, “the world’s greatest living explorer” after a showing of the film Explorer.  Actor Geraldine James was here to talk about the 40th anniversary of Gandhi in which she starred as Mirabehn. Screenwriter Olivia Hetreed and director Anthony Fabian gave us a fascinating insight into the making of the popular Mrs Harris Goes to Paris.

The festival is organised by Zeffirellis’ managing director Dorothy Smith, with Charlotte Wontner, of Hopscotch Films, who is a descendent of William Wordsworth. The name comes from a line in Wordsworth’s most famous poem, “I wandered lonely as a cloud” * where the poet alludes to individual imagination and artistic spirit. It was first held in 2019, following a discussion with the actor Brian Cox when he visited Rydal Mount, Wordsworth’s home just a mile north of Ambleside. He is now patron of the Festival.

Meanwhile, in residence at Rydal Mount for the weekend were leading names from the film industry, running a series of workshops for budding screenwriters. These were led by Vicki Jung, a freelance script editor with over 20  years’ experience assessing and developing feature film scripts for the UK film industry and international markets.

Dorothy Smith is a visionary businesswoman and film expert who is at the helm of  the family business that’s been entertaining – and feeding – tourists and locals for more than 40years. Because Zeffs, with Fellinis, has two restaurants, a daytime café, and a wine bar, as well as five cinema screens. The founding godfather, and now company chairman, is Dorothy’s brother, Derek Hook, a  former butcher and rock-band drummer who one day simply put down the meat cleaver and became a vegetarian.

His principles have dominated the business ever since, but in such a subtle way that many visitors are unaware that they are dining in a vegetarian restaurant. The food and the ambiance are so good - the staff  have won awards for outstanding service - that the absence of meat becomes  irrelevant.

Two of the cinema screens are in the main building, the site of a  former “flea-pit” picture house which had an auction room in the  basement. When screen two was developed in the attic, the whole of  Ambleside’s road network was closed by a delivery lorry carrying an enormous RSJ to strengthen the structure. When they took over the running of the cinema, and made the decision to do Italian style food, Derek says the name of Zeffirelli came naturally.

Two further screens are housed down the road in a former school, and the fifth is Fellinis, opened 13 years ago in what had been the Conservative Club. Unlike Zeffs, with its emphasis on pizza and pasta for all the family, Fellinis offers what  they call a “vegeterranean” menu, fine dining with a Mediterranean influence.

Likewise, the films shown at Fellinis are niche studio and arthouse  productions, complemented by screenings of live opera, ballet and theatre. Dorothy says: “It’s more aimed at adults, it satisfies a cultural need. We decided that in order to grow the business, we needed  another restaurant, with food that was completely different from what we already served.” And further domination of the town came at the end of 2015 with the opening of Ambleside Manor, an elegant vegetarian country guest house on the edge of town.

What’s special about Zeffirellis? “It’s a very convivial gathering, where film-makers and film lovers can celebrate the movies in all their shapes and sizes,” said director John Irvin. He was here to introduce a film he made back in 2007 but which, surprisingly, was being shown for the first time in the UK. Moon and Stars is a romantic drama starring Jonathan Pryce, Alfred Molina and Catherine McCormack, set in Rome in 1939, where a film crew is desperate to finish a movie before war is declared.

John’s friend, screenwriter Henry Fitzherbert, arrived for his second visit to the Inward Eye, and Zeffirellis. “This place is unique,” he said. “There’s nothing like it anywhere else in the country, this coming together of art and culture, films and food and hospitality, and all in this lovely countryside. It’s magical.”