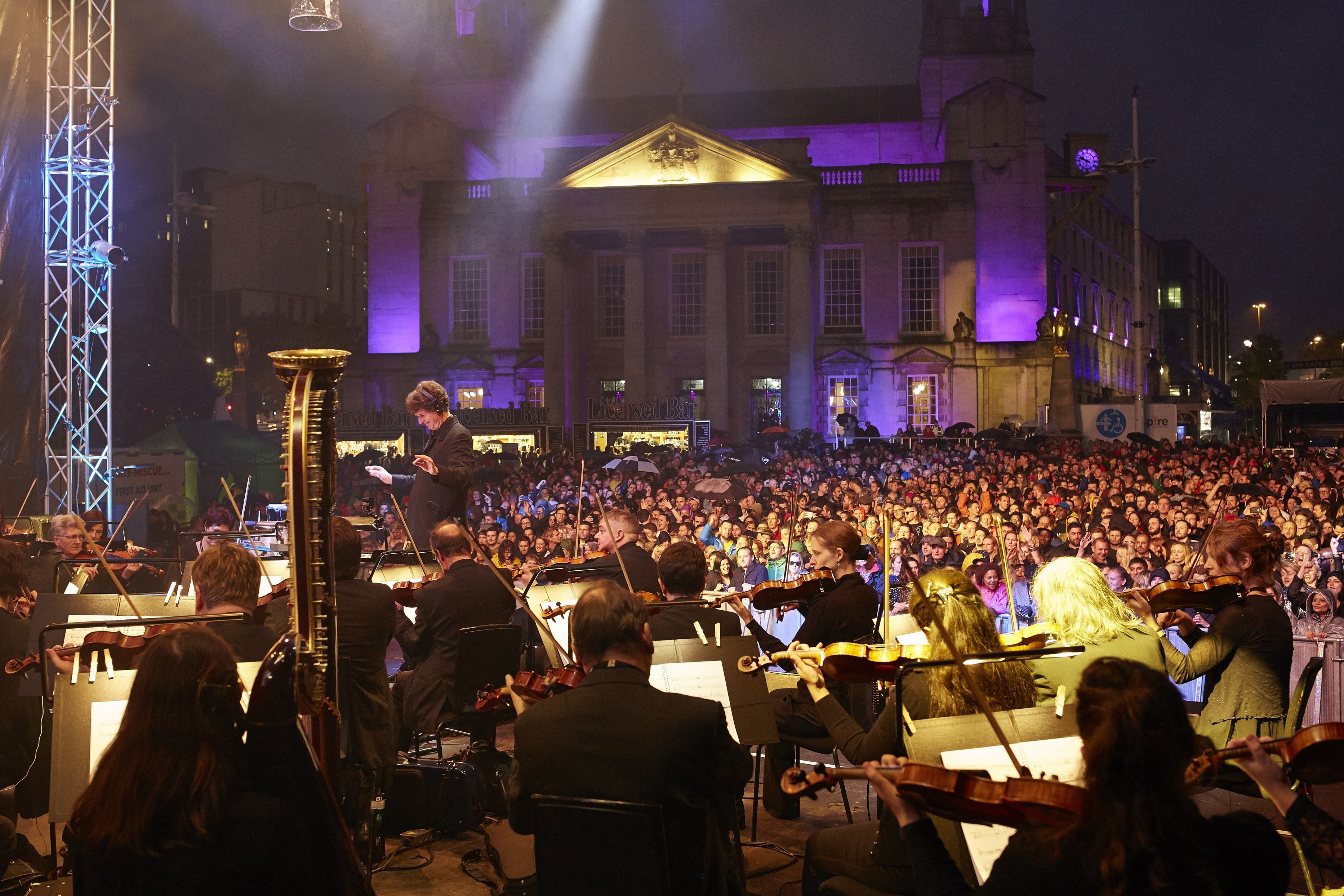 The Orchestra of Opera North is set to close its annual long weekend Millennium Square, Leeds on Sunday24 July with Opera in the City, an alfresco evening of operatic favourites and classical masterpieces.

“It’ll be the perfect introduction to opera for any newcomers, and a night of classical ‘hits’ to delight our loyal home audience”, says Opera North’s Director of Orchestra and Chorus, Phil Boughton.

“We’ve put together a programme that shows the full spectrum of the operatic and orchestral repertoire, with brilliant, charismatic soloists accompanied by our 60-strong ensemble all fired up for the summer festivities”.

Welsh soprano Elin Pritchard– an Opera North favourite acclaimed for her performances in the Company’s epic Parsifal last month – returns to Leeds to channel the joy and heartbreak of opera’s greatest heroines, including Mimì from Puccini’s La bohème and Dvořák’s Rusalka (‘Song to the Moon’).

The brilliant Korean tenor David Junghoon Kim will make his Opera North debut in selections including the haunting ‘Oh Lola, ch’ai di latte’ from Mascagni’s Cavalleria Rusticana, and perhaps the best-loved tenor aria of them all, ‘Nessun dorma’ from Puccini’s Turandot.

He joins Elin in Mimì and Rodolfo’s glowing duet from La bohème, ‘O soavefanciulla’, and a lighter take on the follies of love from Donizetti’s L'elisir d'amore: ‘Caroelisir’. Under internationally-renowned conductor Martin André, the Orchestra of Opera North ranges from the tragic sweep of Puccini’s Manon Lescaut, through the breathless Polonaise from Tchaikovsky’s Eugene Onegin, to the folky exuberance of the Polovtsian Dances from Borodin’s Prince Igor – the inspiration for the musical Kismet and its best-loved song, Stranger in Paradise.

Tickets are available now viaoperanorth.co.uk, millsqleeds.com, and in person from the Opera North and City Centre (Carriageworks Theatre) Box Offices.

For your chance to win a pair of tickets for Sunday’s gala concert…enter your email in our competition pop-up - or email us at: team@mag-north.com.