The Professor Who Set Wordsworth To Music

"I listened, motionless and still..." Words and music synthesise in The Lakes
Peter Williams.
October 10, 2022 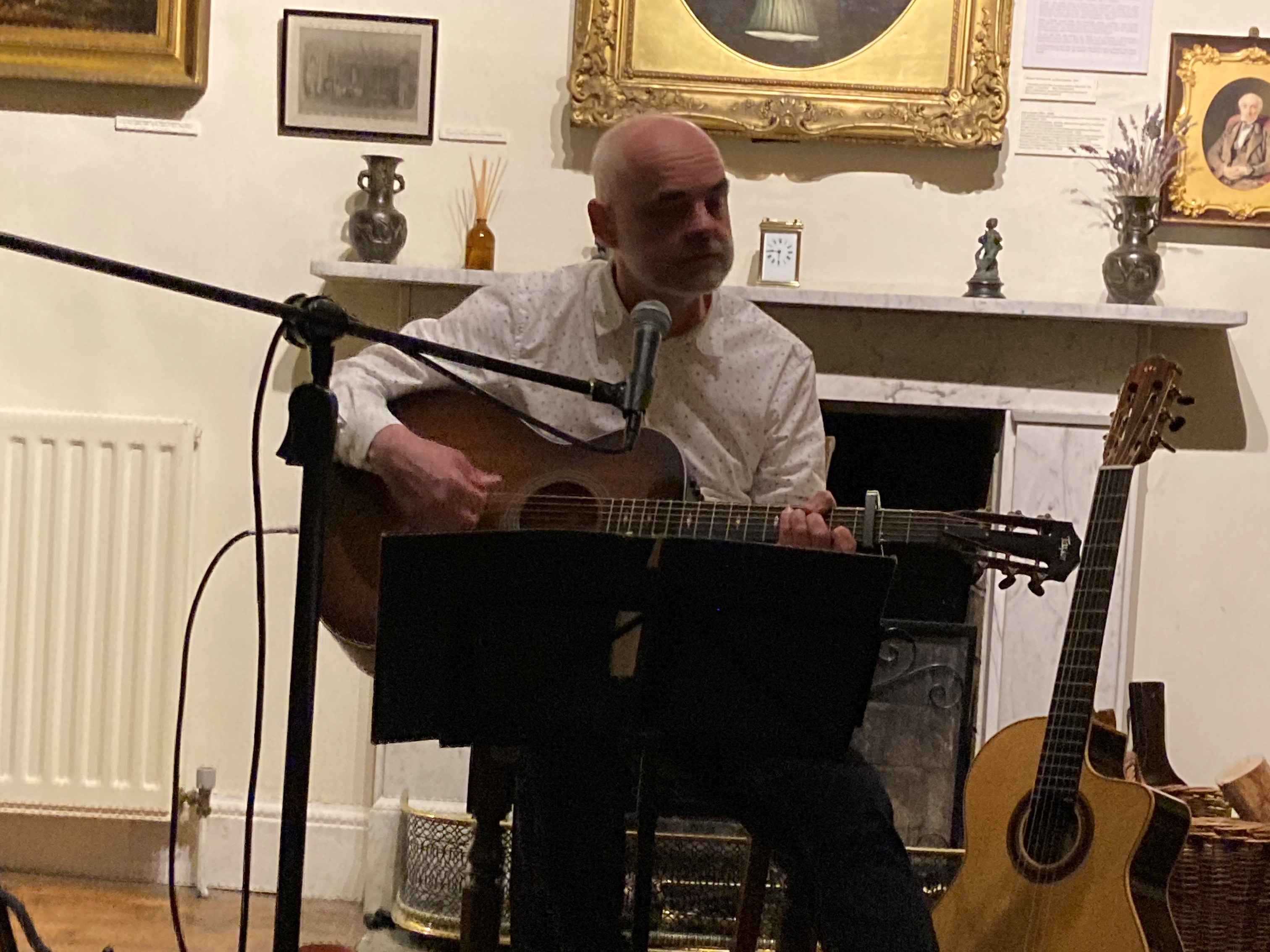 If seeing the Professor of Philosophy at Oxford University play and sing the poems of William Wordsworth wasn’t an intriguing enough prospect, seeing him at Wordsworth’s former home for 37 years made it irresistible.

Professor Paul Lodge (apart from enjoying a serious think in his day job) is an accomplished and experienced musician. He’s now launched his latest project: an album of some of Wordsworth’s poems set to tunes of his own composition and sung by him. Where better than at Rydal Mount?

The project had its origin as part of the Wordsworth 250 project to mark the poet’s 250th anniversary. The Wordsworth family invited friends, celebrities and the public to upload themselves reading a favourite Wordsworth poem to a website. Given his musical background, Paul sent in a song rather than a reading.

This was enthusiastically received by Christopher Wordsworth Andrew and Paul went away to write more. The resulting album Preludes was produced by Nashville producer Ryan Michaels, with acoustic tracks and others with instrumental backing. The result is refreshing, intriguing and thought-provoking.

The concert was held in the intimate surroundings of Wordsworth’s Drawing Room, the very room where some of the poems would have been written or revised and read by the great man himself. Paul played an acoustic set beginning with some of his other material and talking about his musical inspiration, especially from Bob Dylan.

He then played a set of nine of the poems which was enthusiastically received by an appreciative audience. From the very first song, a setting of the sonnet London 1820 It was immediately apparent that Paul, apart from being a philosopher and musician, was a serious Wordsworthian, understanding the nuance and messages of the poems brilliantly.

By contrast, the next poem The Sun has long been set was given a more upbeat, almost driving rhythm which worked very well indeed.

Paul shared some of his personal memories of times in the Lakes as an introduction to To _ _ on her first ascent to the summit of Helvellyn. This was actually the poem which Paul sent in as part of the Wordsworth 250 celebration which started off the whole Preludes project.

I particularly enjoyed his version of We are Seven, one of Wordsworth’s early ballads in which a speaker (possibly the poet) seeks eternal truths from simple minds. Paul powerfully brought out the poignant and moving message.

The longest number was the setting of Lucy Gray, a tragic poem based on a story told to William by his sister Dorothy.

It’s convention at a concert of popular music for the artist to end with one of his greatest hits. What else could Paul have closed with but, I wandered lonely as a cloud? As with all the poems chosen, Paul brought a freshness and vitality in his setting.

Paul said afterwards: “The audience was wonderfully generous and warm in their appreciation of the performance and I’m extremely grateful to everyone who made it such an unforgettable experience. There is already talk of another performance sometime in 2023, which I’m very much hoping will come to fruition.”

The songs can be downloaded Here