Mag North learns about the work of Charlotte Mason and her Lakeland powerhouse of polymaths
Eileen Jones.
September 14, 2022 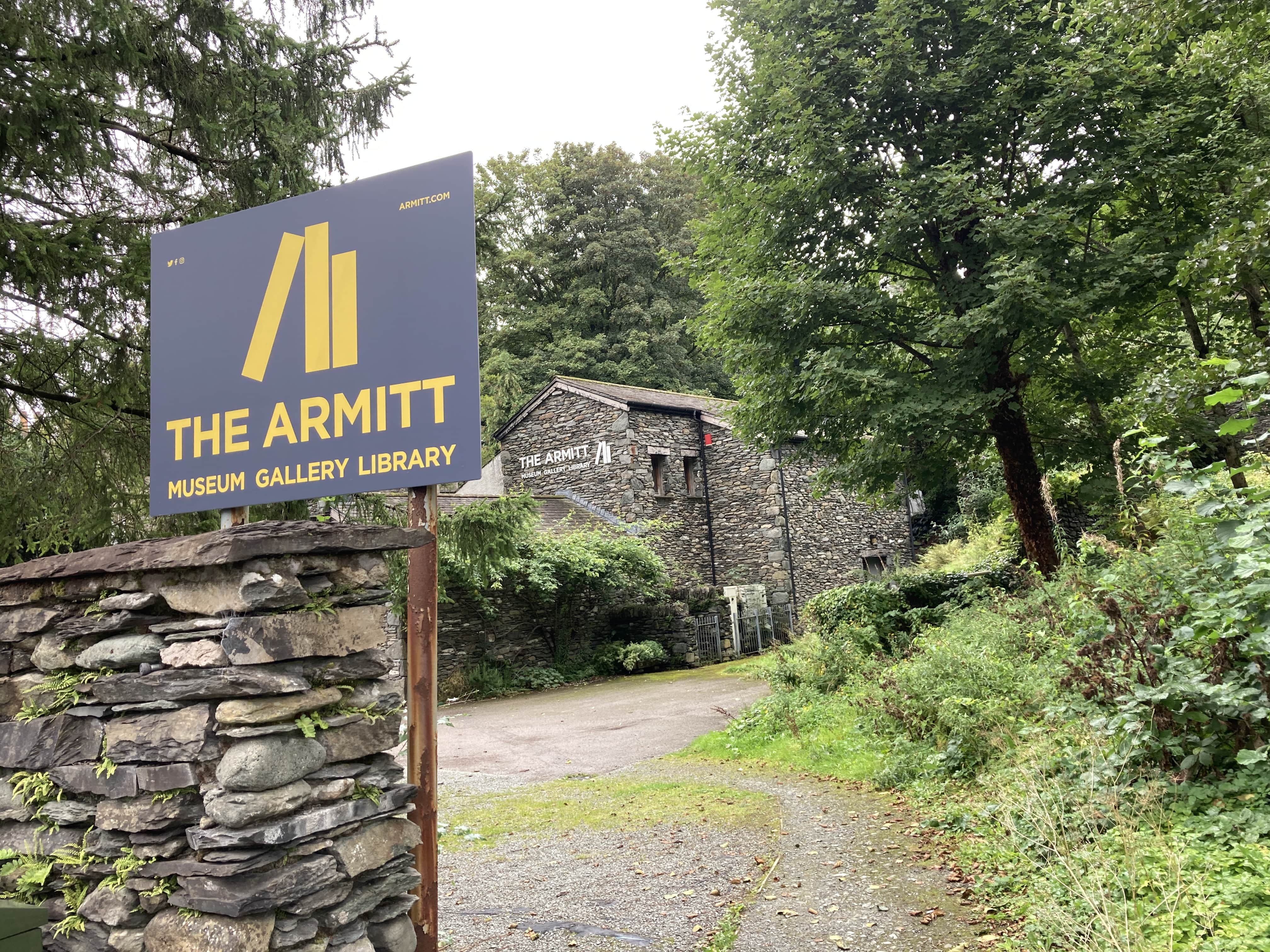 It’s a tourist honeypot for millions of visitors from around the world, and it’s been labelled the anorak capital of the UK, thanks to a proliferation of outdoor equipment shops.

But Ambleside was once home to a group of powerful and influential women whose legacy shaped the cultural life of the Lake District. Now a celebration of the life and achievements of one leading figure is being planned, in a happy juxtaposition of circumstance and memories.

Charlotte Mason, who died in 1923, was an iconic figure, who set up the Lakes’ House of Education and has an 11-million strong global teaching movement in her name. She will be the focus of an international conference, exhibition, and a special events’ programme next year to mark the centenary of her death.

The main exhibition will be staged at The Armitt Museum, in the grounds of the University of Cumbria which was formerly the Charlotte Mason College. The Armitt, established in 1912, was set up by another of the Ambleside women, Mary Louisa Armitt and her sisters Sophia and Annie Maria.

And among its notable collections is the art of one Beatrix Potter, an eminent mycologist as well as the creator of Peter Rabbit.

Ambleside in the 1800s and early 1900s was the centre of a remarkable intellectual culture in which many of the key players were these independent women. They also included Harriet Martineau, journalist and writer, the first female sociologist and populariser of political economy, though her career spanned many other aspects of Victorian literary culture. And there was Anne Clough, a suffragist (akin to a suffragette but earlier and non-violent) and, like Martineau, a promoter of higher education for women, becoming the first principal of Newnham College, Cambridge University.

They were collectively a powerhouse of polymaths, according to one of the new generation of Ambleside women, Faye Morrissey. The recently-appointed manager and curator of The Armitt , she is helping organise the exhibition, alongside Professor Lois Mansfield, Director for the Centre for National Parks and Protected Areas, University of Cumbria.

“Charlotte Mason was an educator of enduring significance, and the events next year will recognise the life and legacy of this increasingly globally-renowned educationalist,” says Faye. “We will be joined by scholars and educators to look at how current research informs today’s practice of Mason's approach to education.”

Lois Mansfield says: “Charlotte Mason was a truly remarkable woman. She had a huge influence on education in the UK and is also an iconic figure in the States, Australasia, Canada, Japan and India, where millions of pupils are home-schooled.

“We want to share her life’s work and demonstrate how her philosophies are as relevant now as they ever were. She originally established the college to school governesses in the late 1800s and later spearheaded its development into teacher training. Through her House of Education and Parents’ National Educational Union (PNEU) countless children have benefitted from her philosophies and curriculum, notably including nature and lessons outdoors.”

Former students with tales to tell of Ambleside’s celebrated Charlotte Mason College are urged to share them in plans to mark the world-renowned educator a century after her death. “We’re looking for anecdotes, loanable artefacts, memories handed down from past generations and anything at all to illustrate life and study at the well-known institution. We would particularly like to display any nature diaries people may have.”

The Armitt is a hidden gem in Ambleside with a library for scholars as well as collections fascinating to a wide range of visitors. The books, records, photographs, artworks and other material are displayed and interpreted to reflect the social history of the neighbourhood in the wider context of the development of the Lake District as a whole.

Life in the present-day Lake District is dominated by tourism and outdoor activities, a pattern of life which became established around 100 years ago. The preceding century saw the discovery of the Lake District by a small band of writers and artists. In the century before that, the industrial revolution, through the use of water power, had made Ambleside a centre of industrial activity weaving woollen cloth. In even earlier times the Romans built a staging post at the head of Windermere and stone axes were manufactured in Langdale. All these developments are featured in The Armitt collection.

The original Armitt library was founded in 1912 as a subscription reference library, and some ten years later a significant collection of early works about the Lake District was bequeathed. Then in 1943, following the death of Beatrix Potter, the acquisition of her scientific watercolours of fungi and other material enhanced its reputation. These featured in a remarkable re-enactment at London’s Linnean Society in 2012 when Beatrix’s ground breaking paper on the germination of fungal spores was finally presented – by a woman. Her own work had been presented by a man – female scientists were barred back then.

A young female mycologist, Ali Murfitt, presented a synopsis of the scientific paper which Beatrix Potter wrote in 1897, and which was presented to the Linnean Society on her behalf. The paper, “On the germination of the spores of Agaricineae” was returned to Beatrix, with some feedback from the Linnean Society; it was well received but it was considered needing more work, and it subsequently disappeared. However, its essence was collated by Professor Roy Watling of the Royal Botanic Garden in Edinburgh, and read as part of The Armitt centenary celebrations. Beatrix eventually abandoned a scientific career when it became apparent that she would be able to earn a living from writing and illustrating The Tale of Peter Rabbit and subsequent books for children.

“Beatrix Potter was one of the most iconic and influential figures of the Lake District, and an early member of The Armitt,” says Faye Morrissey. “She was a major benefactor, and on her death in 1943 she bequeathed to us her exquisite botanical drawings and watercolours, together with her personal first edition copies of her ‘little’ books. This archive, together with material from the National Trust Archive, the Frederick Warne Archive, and the Beatrix Potter Society, provides a wealth of information.

“Beatrix had a strong entrepreneurial streak that lasted long after she lost interest in publishing. From 1913 she turned away from writing to take up farming here in her beloved Lake District. This became her life. In the final act of this singular journey, she used her great wealth to buy up large areas of the Lake District, that she believed were at risk, with the sole purpose of leaving it all to the nation through the National Trust.”

In recent years, a major collection has been built up at The Armitt of the works of Kurt Schwitters, the avant-garde émigré artist who spent the last four years of his life living in Ambleside. In a significant addition to the collection, the Fell and Rock Climbing Club of the English Lake District (FRCC) has placed its library of mountaineering literature in The Armitt and is available for public reference. They have also added to The Armitt’s very large photographic collection.

The museum’s founders, Mary Louisa, Sophia and Annie Maria Armitt, were seriously gifted sisters originally from Salford. Each had her own area of expertise and talent: botany, music, English literature. Fortunately Mary Louisa ignored the advice of John Ruskin to keep to “women’s activities”, of which museums were not considered a part.

“It’s wonderful that the legacies of these women are being drawn together,” says Faye. “We hope that next year’s celebrations, and in particular the exhibition, will help establish Ambleside’s reputation in areas other than hiking boots.”

The year of celebrations begins on January 1; the exhibition will open at The Armitt in February half term and run for the rest of the year.