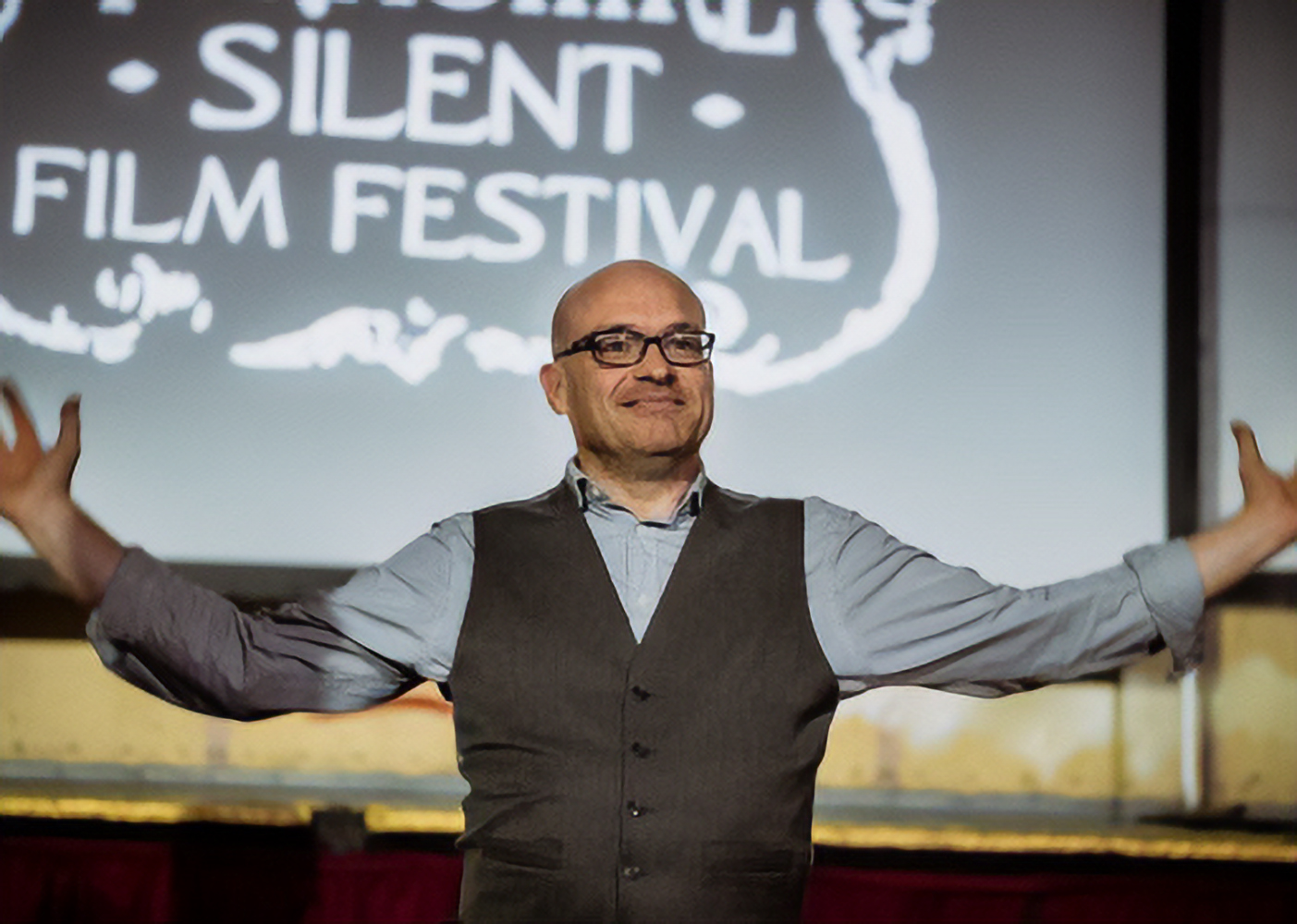 Yorkshire Silent Film Festival returns for its fifth edition with an exciting and diverse programme of silent films with musical accompaniment in ten venues across the North. Audiences can choose from centenary celebrations of horror classics, Scandinavian cinema gems, as well as great adventure, drama and animated films plus slapstick comedy shows for families. The festival finale features the world premiere of an extraordinary new archive film with the first ever all-brass soundtrack for a silent film.

Opening in Hull on 14th October, the festival kicks off at the very beginning of Hollywood adventure movies. The Mark of Zorro, starring Douglas Fairbanks as the dashing swashbuckler, will be screened at Hull Truck Theatre with an improvised piano score.

For children and families there are special daytime events bringing silent films to life with music. On 15th October, Hebden Bridge Picture House hosts Saturday Slapstick, a fun and interactive silent film show encouraging children to join in with making music and sound effects. Family entertainment continues the following afternoon with Funny Business, a selection of silent comedies at the Ritz in Thirsk, one of the oldest continuously run cinemas in the UK.

Sheffield film fans are invited to lose themselves in the magic of live-scored silent cinema with a weekend of events on 22nd and 23rd October at Yellow Arch Studios, located within a former Edwardian nuts and bolts factory. Highlights include a special centenary screening of Benjamin Christensen’s seminal Swedish silent film Häxan: Witchcraft Through the Ages, live-scored by the festival’s improvising ensemble featuring multi-instrumentalist Jon Boden of Bellowhead fame; Carl Dreyer’s beguiling The Bride of Glomdal from Norway accompanied by one of the world’s finest silent film pianists, John Sweeney; and the first public screening of a recently rediscovered 1918 film of George Eliot’s, Adam Bede.

To celebrate the centenary of Nosferatu, the first screen adaptation of Bram Stoker’s Dracula, Yorkshire Silent Film Festival will present two special screenings with two different musical accompaniments. On 28th October at The Old Woollen in Farsley, improvising musicians Ben Gaunt, Naomi Perera, and Rob Bentall will create a unique electro-acoustic score. Three days later on Halloween, the vampire classic will be accompanied by improvising quartet Frame Ensemble at The Picturedrome in Holmfirth. Other horror and supernatural screenings are taking place in York, with the eerie Swedish classic The Phantom Carriage at the National Centre for Early Music on 26th October, and in Saltburn on 27th October, the great stage actor John Barrymore stars in Dr Jekyll and Mr Hyde.

The fifth Yorkshire Silent Film Festival concludes in Lancashire at Morecambe’s historic Winter Gardens theatre with the world premiere of Echoes of the North; Four Chapters in Time. This new film, created in partnership with Yorkshire Film Archive, North West Film Archive, North East Film Archive, and Archive Film Agency, features rarely seen early 20th century archive footage shot around the North of England. It will be accompanied by a new score – the first ever all-brass soundtrack for a silent film – composed by acclaimed composer and musician Neil Brand and performed live by the world-famous Brighouse and Rastrick Band, winners of the 2022 British Open Brass Band Championship.

“We’re incredibly excited to reveal this year’s festival programme, and what a line-up it is! There really is something for everyone – from comedy classics for all the family to enjoy, to silent cinema rarities, and a glorious grand finale with the greatest brass band in the world!

“At the heart of the festival is the live music, created on-the-spot by a crack team of players from all kinds of musical backgrounds including folk, jazz, classical, experimental, contemporary and film music. This year’s improvising ensemble includes festival regulars along with several musicians making their festival debut – we’re thrilled to welcome them all and can’t wait to watch the films and hear their unique soundtracks.”  Festival tickets are on sale now at www.ysff.co.uk.

Echoes of the North is commissioned by No Dots with support from PRS Foundation’s Open Fund for Organisations, and Arts Council England. The premiere is supported by BFI Film Audience Network with National Lottery funding as part of the CURIOUS engagement fund. It is presented in Morecambe in association with More Music.

The Mark of Zorro with improvised musical score by pianist Jonny Best.

12pm Clowning Around, a triple-bill including Harold Lloyd, Laurel & Hardy, and Buster Keaton, with live piano by Adam Fairhall.

11am The Adventures of Prince Achmed with live music by Liz Hanks (cello), Juliana Day (recorders and whistles) and Jonny Best (piano).

Tickets: £12 (standard, including tea/coffee and cake)

The Phantom Carriage with improvised musical score by Frame Ensemble.

World premiere of Echoes of the North; Four Chapters in Time with new score composed by Neil Brand, performed live by Brighouse and Rastrick Band with conductor Ben Palmer. The premiere will be complemented by a selection of short films scored by Morecambe and Lancaster-based musicians.