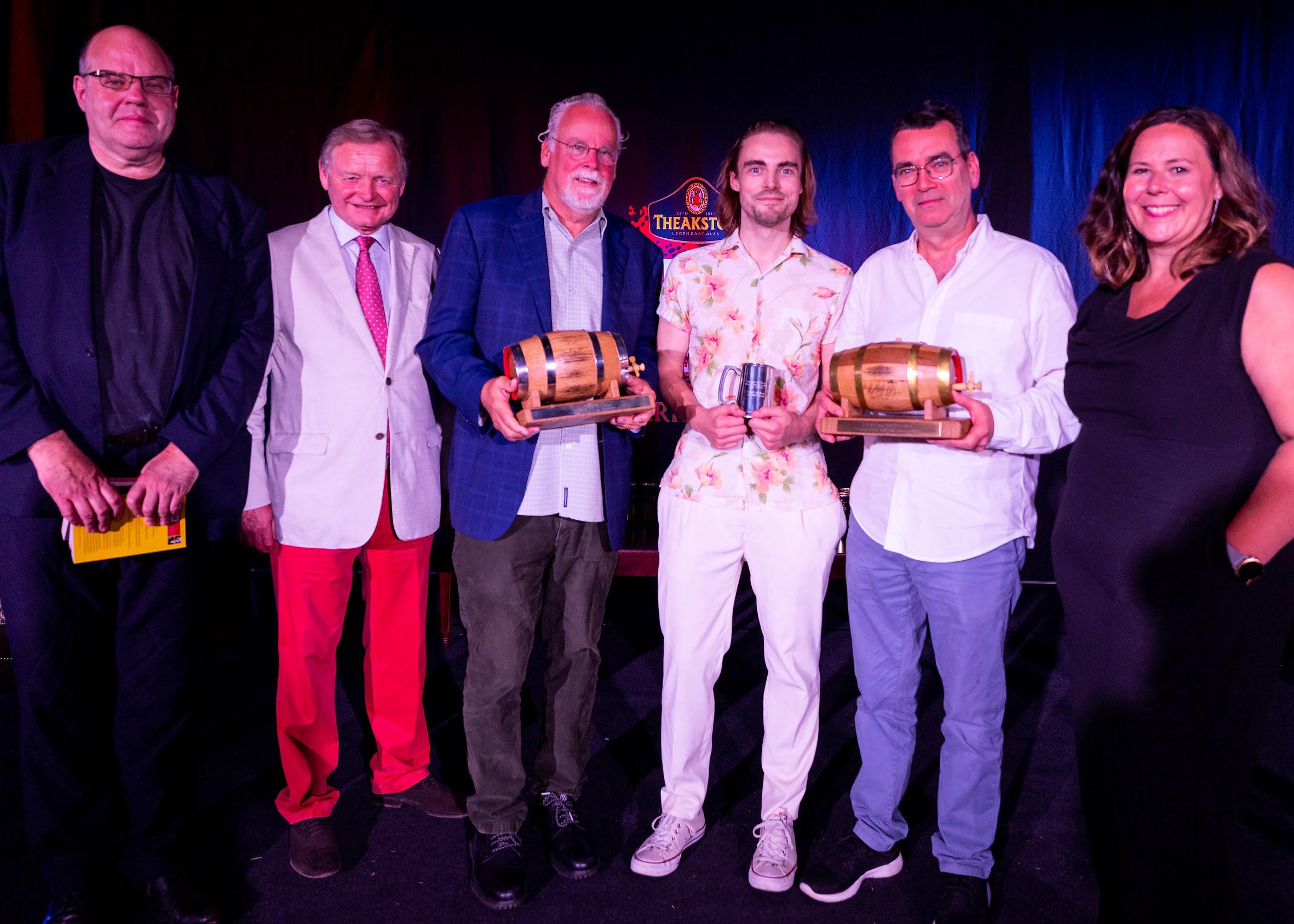 The seventh instalment in the bestselling series of the same name, Slough House follows a band of failed spies who have been exiled far from power but find themselves drawn to action as a populist movement hits the streets of London and a Russian spy mission inadvertently results in the death of a British citizen. This year marks Herron’s first time winning the award after five appearances in the shortlist in just six years, and follows the launch earlier this year of Apple TV’s acclaimed adaptation of his series, Slow Horses, which stars Gary Oldman and Kristin Scott Thomas. Herron receives a £3,000 prize, as well as a handmade, engraved beer barrel provided by T&R Theakston Ltd.

Mick Herron said on winning Theakston Old Peculier Crime Novel of the Year: “This is the most coveted trophy in the crime writing community and I couldn’t be more thrilled to have won it.”

A record-breaking 11,313 readers voted for the winner this year among the six shortlisted authors: Elly Griffiths (The Night Hawks), Joseph Knox (True Crime Story), Laura Shepherd Robinson (Daughters of Night), Mick Herron (Slough House), Vaseem Khan (Midnight at Malabar House) and Will Dean (The Last Thing to Burn). The public vote contributed to the decision of the panel, who met the evening before the Awards Ceremony to decide the winner, and included Simon Theakston, Steph McGovern, Matt Nixson from The Express, journalist Joe Haddow, representation from Waterstones, and Sharon Canavar.

The judging panel had a tough choice ahead of them and decided to mark Joseph Knox as Highly Commended for his tense thriller True Crime Story, which blends fact and fiction to tell the story of a missing persons case, centred around a young student who leaves a party in her Manchester university dorm and is not seen again. Knox, who was selected by Val McDermid as a New Blood panellist in 2017, was longlisted for the Theakston Old Peculier Crime Novel of the Year 2018 for his thriller Sirens the following year but had never previously reached the shortlist stage.

Joseph Knox commented on receiving this honour: “I am just completely thrilled. I came to my first Theakston Festival ten years ago when I was trying to become an author and I wouldn’t be the writer I am today without it.”

The announcement was made at The Old Swan Hotel in Harrogate, during the opening ceremony for the world’s largest crime writing festival, Theakston Old Peculier Crime Writing Festival (21 – 24 July),which will see crime fiction icons including Kathy Reichs, Tess Gerritsen, Denise Mina, Lynda La Plante, Mark Billingham, Ann Cleeves and more take to the stage to discuss all things crime fiction at the world’s biggest celebration of the genre.

Herron and Knox were not the only writers celebrated at the ceremony, as legendary American crime author Michael Connelly received the Theakston Old Peculier Crime Writing Festival Outstanding Contribution to Crime Fiction Award in recognition of his incredible writing career, spanning three decades. Connelly is perhaps best known for his Harry Bosch and Mickey Haller series, which have sold over 80 million copies and spawned a number of hit movies and TV shows, including Netflix’s The Lincoln Lawyer and Amazon series Bosch and Bosch: Legacy.

Simon Theakston, Executive Director of Theakston, added: “Theakston Old Peculier Crime Writing Festival has a well-earned reputation for showcasing the very best crime writing talent, and tonight’s award winners reflect these high standards perfectly. Mick Herron’s Slough House manages to combine intrigue, peril and humour in a deft exploration of international espionage, while Joseph Knox is a master of suspense with his taut tale of a missing persons investigation at a British university. And of course, last but by no means least, leading light of crime fiction Michael Connelly has gripped us all for decades with his brilliant stories, conjuring up a world of hardboiled LA detectives and shocking court cases. We are thrilled to raise a delicious glass of Theakston Old Peculier in their honour!”

Michael Connelly said on receiving the Theakston Old Peculier Crime Writing Festival Outstanding Contribution to Crime Fiction Award: “This is an amazing honour as it covers the breadth of my work. It really means a lot to me. Many thanks to the Harrogate committee for this recognition.”

Sharon Canavar, Chief Executive of Harrogate International Festivals, commented: “We had an incredibly strong shortlist for the Theakston Old Peculier Crime Novel of the Year this year, and the judging panel and public had a tough job on their hands picking one winner. After a lot of discussion, the panel selected the wonderful Mick Herron, whose novel Slough House plunged readers back into the dangerous lives of the brigade of failed spies known as “slow horses”. The judges also recognised the irrepressible talent of Joseph Knox, noting him as Highly Commended for his first standalone novel True Crime Story.

“We are also delighted to celebrate the remarkable career of Michael Connelly, whose crime novels have kept readers on the edge of their seats for thirty years. Congratulations to Mick, Joseph and Michael, who demonstrate the incredible creativity, passion and imagination to be found in crime writing today. We couldn’t have wished for a better start to this year’s Theakston Old Peculier Crime Writing Festival!”

The Theakston Old Peculier Crime Novel of the Year is run by Harrogate International Festivals sponsored by T&R Theakston Ltd, in partnership with Waterstones and the Express, and is open to full length crime novels published in paperback 1 May 2021 to 30 April 2022 by UK and Irish authors.‍