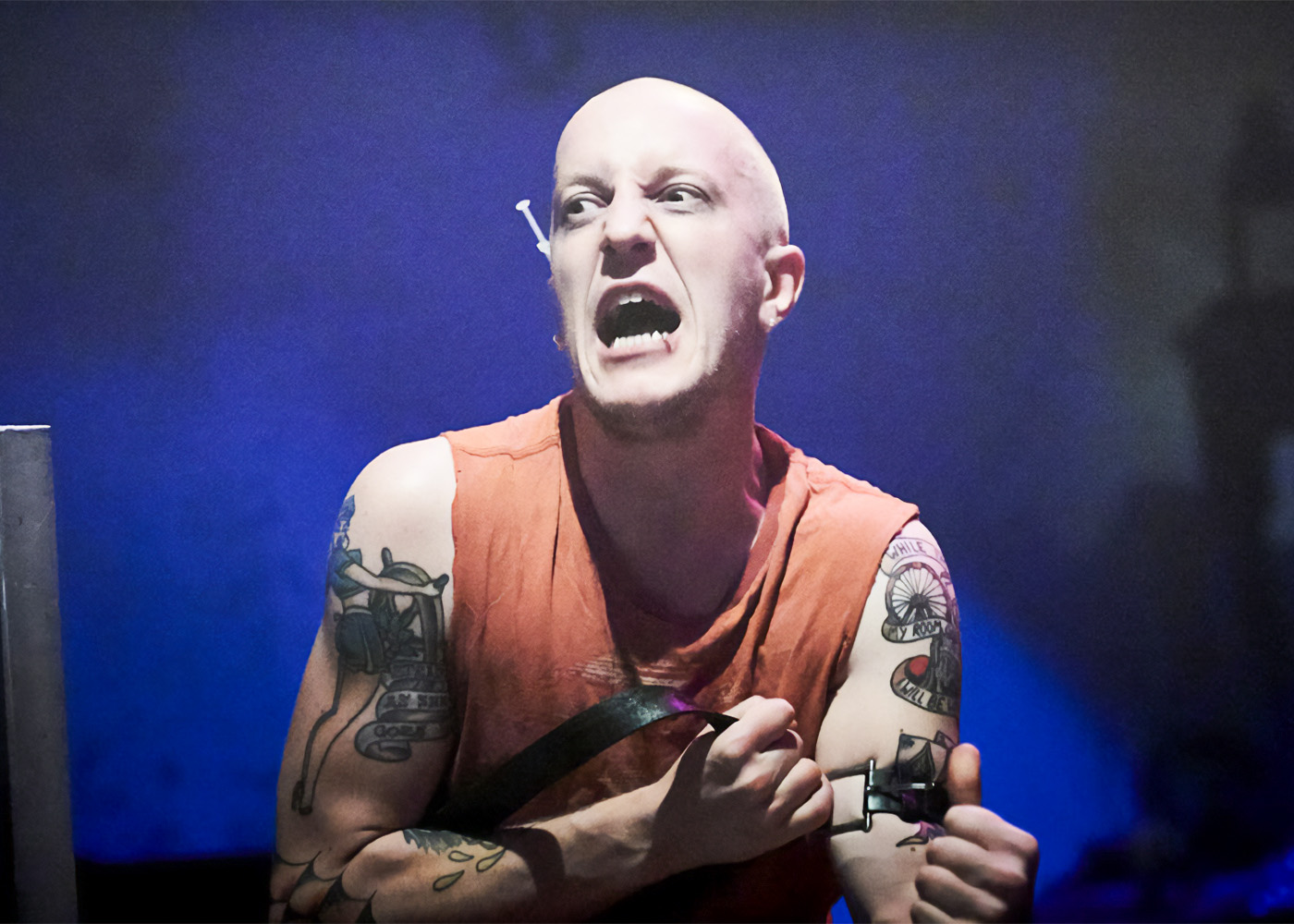 The incongruity of the setting must have struck all entering the auditorium here in Bowness. We are heading for the expletive-ridden, harsh and harrowing world of the Edinburgh heroin scene. We are warned that this will be an unapologetically brutal experience, that there will be nudity and violence, we are even offered free earplugs, and to get here we must walk past tableaux featuring Mrs Tiggywinkle, Jemima Puddleduck, and that arch villain of the piece himself, Peter Rabbit.

That’s the glory of the Old Laundry Theatre, a truly unexpected theatrical gem in a tourist honeypot town of ice cream and bottles of Kendal mint cake liqueur. It’s hidden away in the basement of the phenomenally popular World of Beatrix Potter attraction, whose website has the most glorious title: www.hop-skip-jump.com.

And whose theatre attracts some glorious productions, thanks to the vision of its founders, stage designer Roger Glossop, who had worked in the West End and on Broadway, with the Royal National Theatre and the Royal Shakespeare Company, and his stage-manager wife Charlotte Scott. They designed and created the permanent exhibition and then, with their friend and supporter, the north’s leading playwright Sir Alan Ayckbourn, they created both the 270-seatauditorium and a perpetually impressive progamme.

And there has never been anything quite like this seen here before.

All the warnings in the world won’t prepare you for the reality of Trainspotting Live. If you think you’ve seen it all, if you think you’re unshockable, this is the acid test. And it’s also some of the most brilliant physical-theatre acting you’ll ever see. Or hear.

Based on the novel by Irvine Welsh, Trainspotting Live is the adaptation by Harry Gibson, written before the famous blockbuster film. Yes, this show currently touring is celebrating its 21st anniversary, but time hasn’t diminished the impact; you still feel punched – literally and metaphorically – by its powerful message. In Your Face Theatre’s Scottish cast have created a snappy and vibrant affirmation of this story but also of the humour surprisingly at its heart.

It’s the story of Mark  and his friends, living through the Edinburgh heroin scene of the 80s. And this is unquestionably an immersive production; the audience is part of the show, so there’s no hiding place. This is literally in your face, they are literally in your face. It’s vulgar, it’s raw, it’s extremely uncomfortable to watch – and it’s unforgettable.

There’s a kind-of moral tale. There’s a few speeches of sheer genius which describe and destroy the meaning of life in terse, brutal sentences. There’s the worst language you’ll ever hear, and the funniest humour you’ll ever dare laugh at. But most of all, there’s energy.

This frighteningly agile cast of five – Andrew Barrett, Lauren Downie, Greg Esplin, Michael Lockerbie and Olivier Sublet – put on a non-stop performance that’s fuelled by adrenalin, not the vodka bottles and the syringes. Before the show starts they dare the audience to dance with them to the loudest trance music; after it’s over, they invite them to the Flying Pig to join them for a pint. In between they insult, challenge, abuse and flatter one another and the guests squirming in their seats. Top marks to director Adam Spreadbury-Maher and the whole team. Can we now go and lie down in a darkened room for a while?