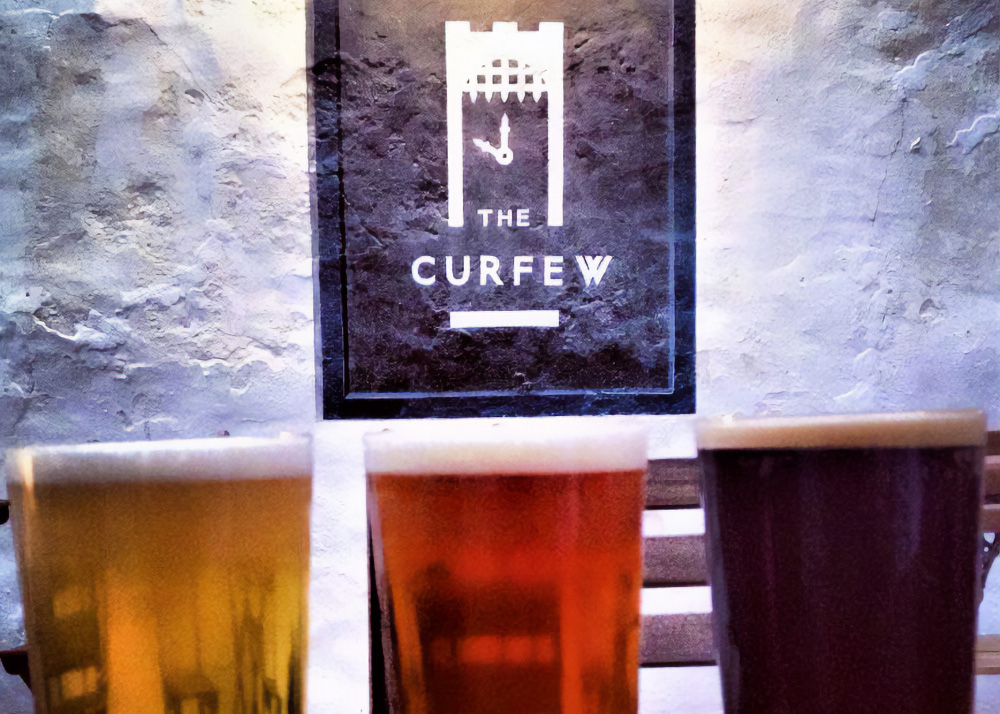 Tuesday nights are for the Micropub Dads

Colette bangs a drum for her Berwick Local - and for enjoying a pint with her 'Dads'
Colette Kaines Lang.
October 13, 2022

The Curfew isn’t just the most northerly micropub in England. It’s by far the best pub I’ve been to. Why? Not because it’s on one of Berwick’s nicest streets, which also boasts shops filled with art and produce and a range of restaurants. Not even because there is always a nice buzz in the bar and courtyard. It’s because of Tuesdays – or more specifically, Tuesday Club.

Tuesday Club opens at 5pm sharp, when a group of men gather at the same table each week to enjoy the same conversations while trying different pints. I know of this club because one of those men is my dad, who dragged me along about four years ago. I’ve been an honorary member of Tuesday Club ever since, making guest appearances whenever I visit home.

It’s an odd group of men which shouldn’t work but does. They don’t share the same political views, they aren’t all the same age and they all live different lifestyles. But their love for pints and mindless chitchat has somehow created an unbreakable bond. It goes beyond a Tuesday night: in fact these men probably see each other about three times a week. Dropping off pies they’ve made or fish they’ve caught, helping move furniture or really any excuse to ring each other’s doorbells.

In many ways I now feel I have five dads, each with his own responsibility. One of my ‘dads’ quizzes me on my future prospects more than my own dad does and I am probably more scared to tell him if I mess up. I like to think at times I’ve also helped parent them. Teaching them that in fact ‘you can’t say that anymore’ and also improving their discussion skills so that everyone learns to listen to each other’s views not just talk over one another. My parenting unfortunately has not prevented members getting drunk or being annoyingly hungover for their lovely wives.

In many ways The Curfew feels like one big Tuesday Club. I go routinely with the same group of my friends and, looking around, I see other groups of people meeting at the same time every week too. It’s a place where people go for ‘just one after work’ and as more people join, stay until last orders. I’ve gone myself to have one before my dinner and ended up enjoying The Curfew’s scotch eggs, pork pies and other snacks instead.

This pub isn’t a local exclusive either. I’ve often seen tourists having a pint after a nice walk around the town or the surrounding coast. If a local overhears them talking about their tourist plans they often start passionately sharing which areas to visit. I once got chatting to a Canadian ex-policeman and by the end of the night I was nearly convinced to join the force.

Since moving away from Berwick I’ve tried many pubs in my search to find a replacement. But I’ve concluded that it will never be possible. The Curfew is irreplaceable. I guess I’ll just keep on having to visit my family as an excuse to go to the best pub ever. Cheers, Curfew!