We Remember, But Do We Learn? 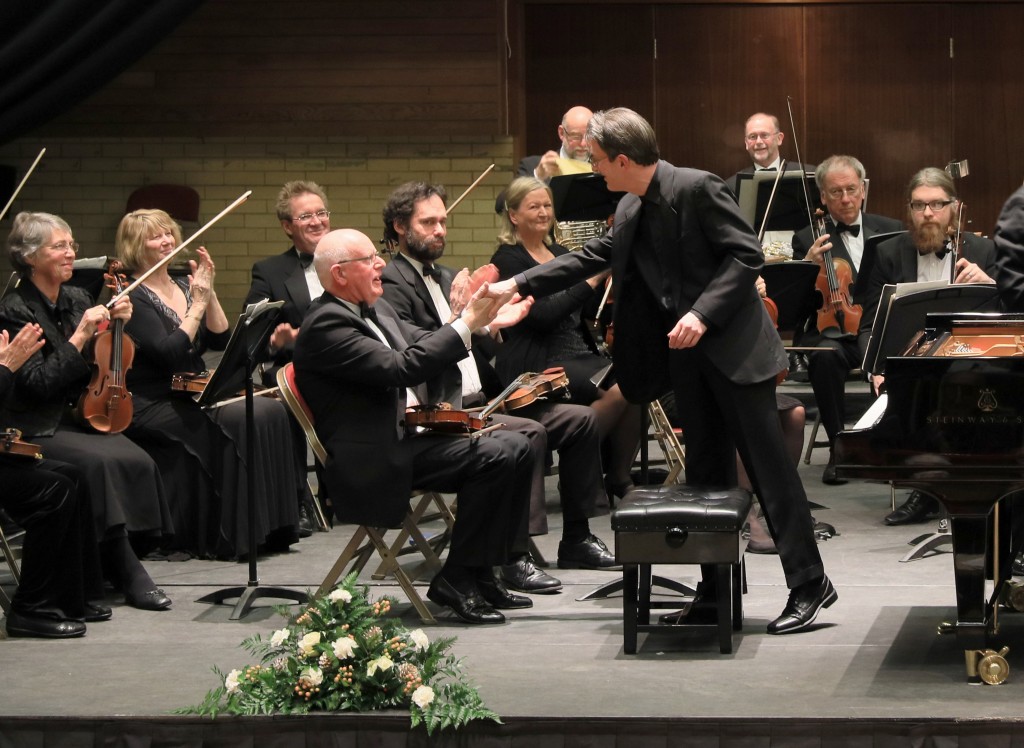 The Lakeland Sinfonia is one of the north’s lesser known orchestras but they have a considerable following in Cumbria, and on Remembrance Sunday they proved that they can compete with the best musicians anywhere. Conducted in this matinee concert by Wyn Davies, they were joined by The Mithras Trio, one of the new generation’s most exciting young trios.

Poignancy and nostalgia aligned for this special occasion, and the programme opened with George Butterworth’s hauntingly beautiful Banks of Green Willow. This was written in 1913, just a year before the world was to change, cataclysmically, and in composing this pastoral idyll, Butterworth might have been reflecting on a disappearing way of life. He was one of the young casualties of the First World War; shortly afterwards, his contemporary in the same regiment, the poet Edward Thomas, was also killed in conflict. And each year, as we reflect on such tragic loss of young lives, we remember but do we learn?

Butterworth is viewed by music historians as a composer who would have gone on to great things. Sadly, and curiously, he destroyed many of his own manuscripts before going off to war in 1914. But we have so much more of the work of Joseph Haydn, 106 symphonies in all, of which numbers 93 to 104, commissioned by the London impresario Johann Peter Salomon and composed between 1791 and 1795, are known as the London Symphonies.

They are the grandest of them all, and this one, No 99 is a masterpiece, reflecting the influence of Mozart, who had died two years earlier. Haydn always supposed that the younger man would outlive him, but Mozart’s death at 35 was particularly untimely. Haydn picked up aspects of Mozart’s later work, including clarinets, which he used here for the first time. Indeed, until Beethoven’s ascendancy, Haydn was Europe’s reigning composer, and the Sinfonia orchestra touched the heights in their interpretation here.

And so to Beethoven, and the Triple Concerto, another reflective piece for Remembrance Day. What’s special about this piece is that it is the only concerto Beethoven ever completed for more than one solo instrument: violin, cello and piano. The talented Mithras Trio brought out the glories in this very original and not entirely representative composition, especially the boisterous Rondo of the finale, a celebration of the human spirit which counterbalances the sombre nature of this programme.

The Lakeland Sinfonia Concert Society is a development from the Kendal Chamber Orchestra and has provided more than 50 years of fine, live, classical orchestral music in Kendal. The Society held a gala concert in May 1982 at the opening of Kendal Leisure Centre and Westmorland Hall, and since then, most of their concerts have been held here.

Each season, from October to April, the Society stages a series of eight live classical  concerts, typically featuring five orchestras – the Hallé, the Royal Northern Sinfonia, the Lakeland Sinfonia, and other orchestras that vary from season to season. The Lakeland Sinfonia plays two of the season’s concerts. The players, who are musicians drawn from across the north-west of England, clearly appreciate the opportunity to play with internationally renowned conductors and soloists – such an opportunity is not available elsewhere in the area. The orchestra is managed by Peter Crompton, who is also the librarian. The Leader is violinist Martin Hughes, and Wyn Davies is a frequent conductor. The Society’s President is Thorben Dittes, Artistic Director of the Royal Northern Sinfonia.

Their next concert will be in a different venue, a candlelit concert of live music in Kendal Parish Church. For more information and tickets: CLICK HERE