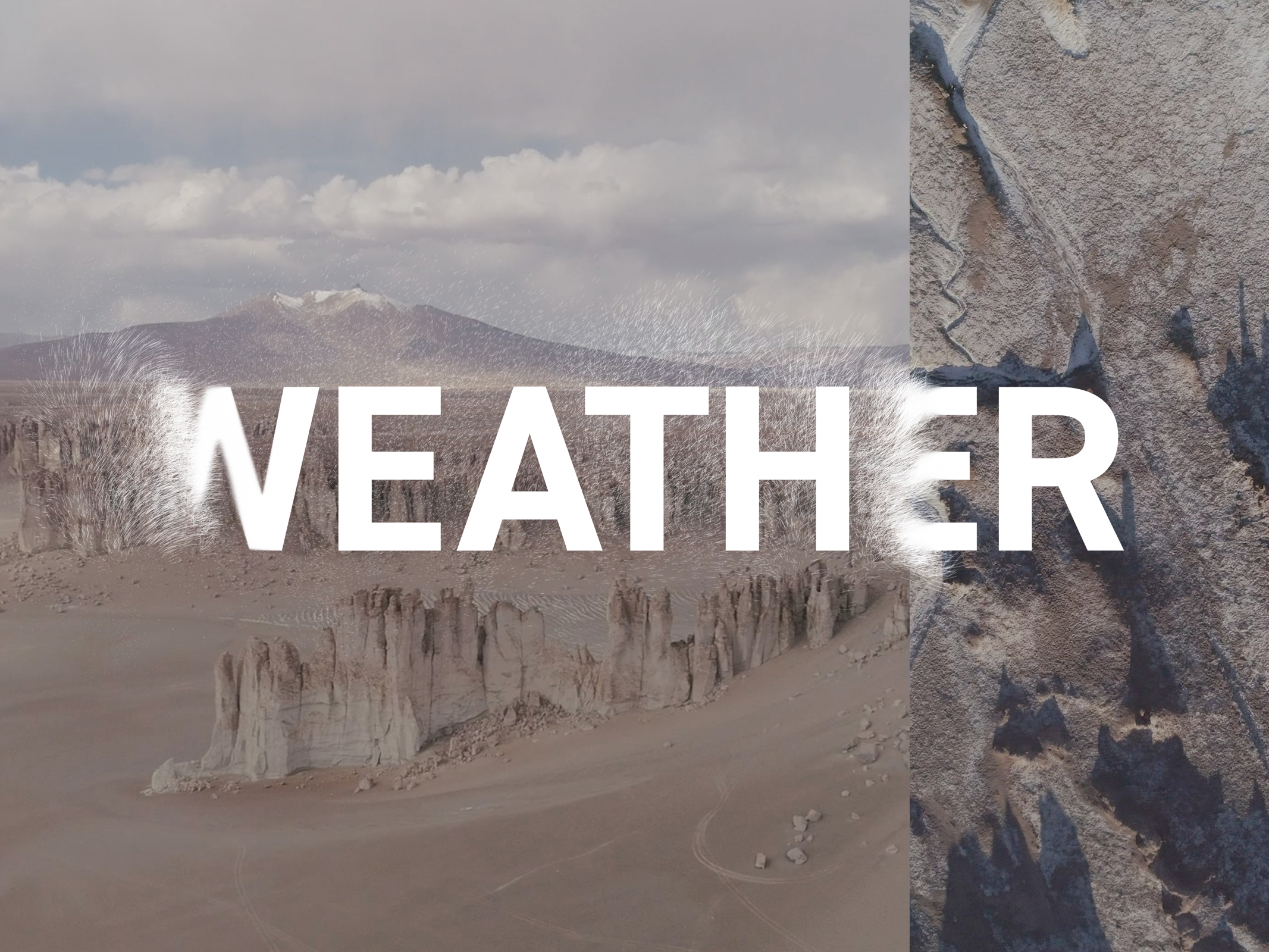 Created by Manchester Collective and co-commissioned with the Southbank Centre, WEATHER combines real-world sound, live music, and film to depict a series of natural environments around the world that have been affected and changed by extreme weather events – creating an artistic record of threatened environments that is urgent, haunting and unforgettable.

Chris Watson says: “During my travels I have recorded in many habitats that are under threat from climate change, together with the sounds of places around the world that are disappearing. This project has given me the opportunity to work with these sounds to create an ambient, multi-channel installation that places the audience where my microphones were when I made the original recordings.

"The performance brings to life four habitats through recordings selected from my archive. It will feature the ancient rhythms of one of the oldest deserts on the planet, to the deep pulse of a glacier on its journey down towards the ocean; the endemic insects and animals of the Amber Mountain rainforest, to contemporary recordings that document the tidal rhythms and erosion along the coast of East Anglia.

"Every sound the audience will hear has come from the places I have visited – the voices of those habitats speak through this project to the future generations who might not be able to experience them for themselves.”

At the heart of the one-hour experience lies American composer Michael Gordon’s punchy, minimalist and visceral 1997 work Weather, performed by the live, amplified string orchestra of Manchester Collective. Chris Watson’s field recordings envelop the audience in natural sounds through an immersive surround sound system, while a two-screen film installation from Carlos Casas surrounds the players as it moves slowly and beautifully through four wild and desolate environments: the Amber Mountain, a rainforest in Madagascar; Namib Desert, across Angola, Namibia, and South Africa; The North Sea, off the east coast of the UK, above the sunken city of Dunwich; and Vatnajökull Glacier, Iceland. ‍‍

WEATHER will premiere at the Royal Northern College of Music in Manchester on Friday 23 September before moving to London’s Southbank Centre on Saturday 24 September.

More information and tickets for WEATHER can be found on the Manchester Collective website: manchestercollective.co.uk/weather