An album of songs which are settings of poems of William Wordsworth will be launched this autumn at Rydal Mount
Mag North.
July 27, 2022 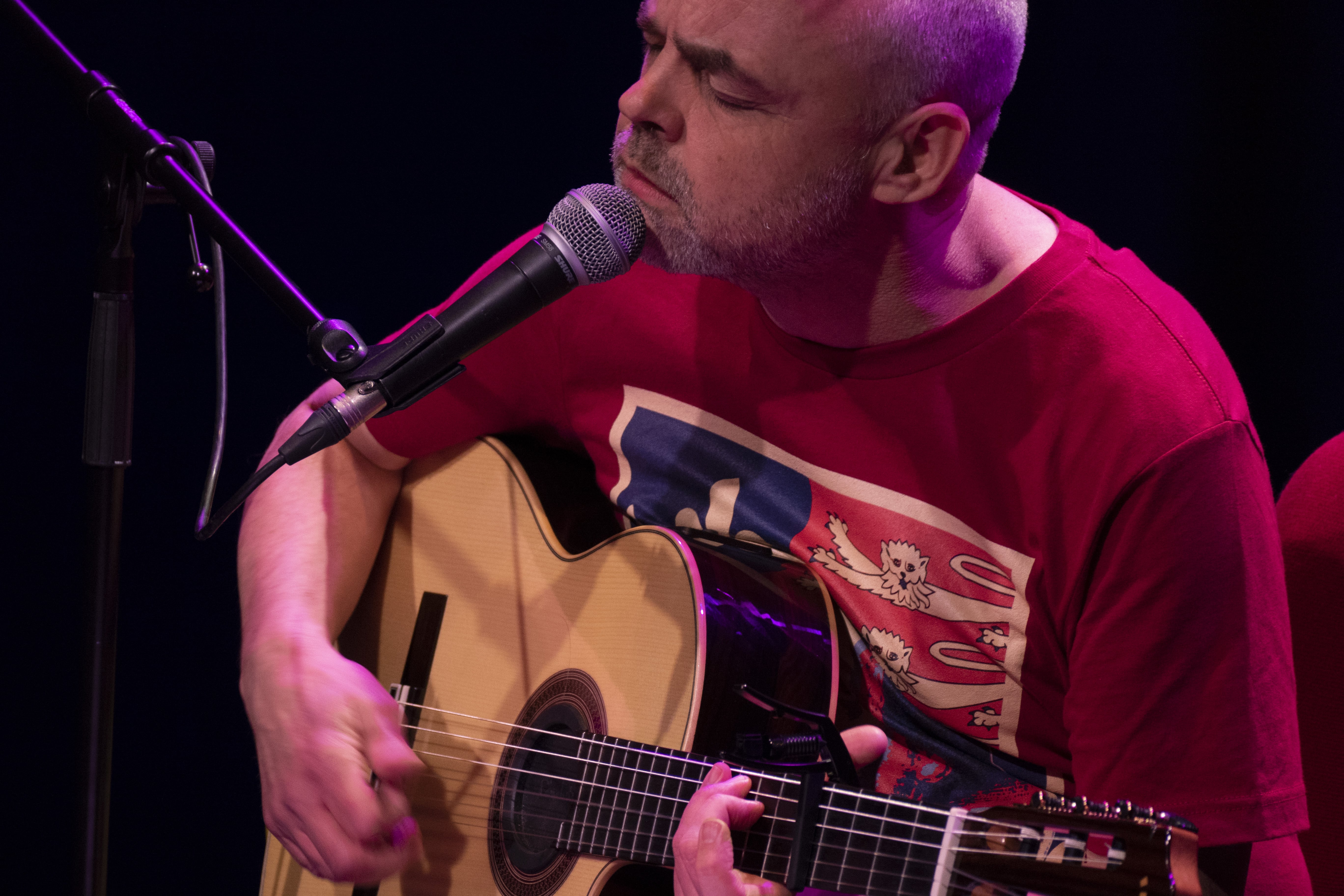 The songs with music by Paul Lodge came to life as part of a project by the Wordsworth family to mark the poet’s 250th anniversary. They have now been recorded as an album, Preludes to Wordsworth, which will be released at a special performance at the poet’s home near Ambleside in the Lake District on Saturday September 17.

Paul Lodge is, unusually, both a musician and professor of philosophy at Oxford University. His songs are informed by his lifelong engagement with music, philosophy, and literature and come from the “same place of mystery” as those of Bob Dylan, Joni Mitchell, Nick Drake, and Bonnie Prince Billie.

He has composed over 100 original songs and plays regularly in and around Oxford at venues such as The Old Fire Station, The Oxford Folk Club, The Banbury Folk Club, Acoustic Music Convention, Port Mahon, The Library, and Mansfield College (where he performed for Hillary Rodham Clinton).

Two years ago Paul heard about the Wordsworth 250 project which launched during lockdown and invited friends, celebrities and members of the public to record themselves reading their own favourite poems and upload them to a website.

The project was a huge success, attracting contributions from Stephen Fry, the actors Tom Conti, Brian Cox and William H Macy, TV stars, broadcasters, members of the Wordsworth family and many more. The 250poem was read by BBC Countryfile presenter Ellie Harrison.

Paul says: “I decided I would send in a song rather than a reading. This was To -- on Her First Ascent to Helvellyn.” It was received enthusiastically by the project’s founder Christopher Wordsworth Andrew, the great great great great grandson of the poet, and Paul was inspired to keep going, contributing in all nine songs, which he dubbed Preludes to Wordsworth.

He subsequently worked with Ryan Michaels, a Nashville based musician and producer, to record more professional versions of five of the songs, which will comprise the album (along with alternate takes of three of them).

He says: “While my recent engagement with Wordsworth was driven initially by the desire to produce new music, I have a professional interest in the philosophical ideas that were current in the 19th century which feed into romanticism more generally. And this connects with another project of mine, Cantat Ergo Sumus (It Sings Therefore We Are), songs inspired by the poetry of philosophers, developed with Oxford band Flights of Helios.”

Paul recently supported Sally Barker (the singer who made Tom Jones cry on TV’s The Voice) at the Acoustic Music Convention In Wallingford. With his brother Richard providing the lyrics, he also created ‘Shakespeare in the Alley’, a set of original songs written as responses to Shakespeare’s plays which featured at the Oxford Shakespeare Festival in 2018.

Christopher Wordsworth Andrew said: “This is a wonderful tribute to our best loved Romantic poet, and a fascinating, creative response to our Wordsworth 250 project. We are thrilled that Paul will come and perform here at Rydal Mount when the CD is released.”